JNF programs celebrating disability inclusion to kick off this month

The Jewish National Fund is proud to kick off a series of events coinciding with Jewish Disabilities Awareness and Inclusion Month. 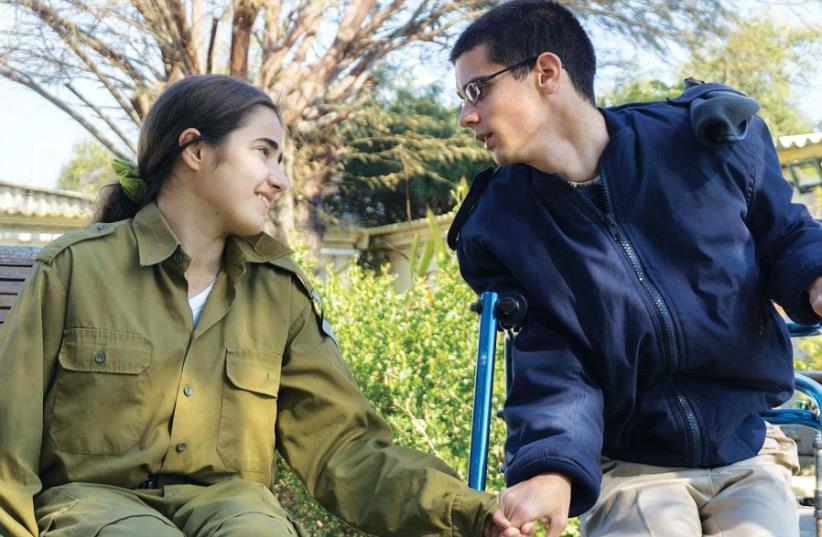 Special in Uniform recruit Omer, seen at the Palmahim Air Force base with his friend Gil Lahana.
(photo credit: JNF)
Advertisement
As an organization that prides itself on enhancing the quality of life for all Israelis, the Jewish National Fund is proud to kick off a series of events coinciding with Jewish Disabilities Awareness and Inclusion Month.Celebrated every February, Jewish Disabilities Awareness and Inclusion Month focuses on the largest minority group in the world – men and women with special needs. Despite consisting of around 10% of the world’s population, this demographic is often ignored and stigmatized.As such, JNF-USA will host over 50 events across the United States spotlighting the organization’s work in Israel dedicated to making the lives of those with special needs less of a struggle.“Many people with physical, emotional, and developmental disabilities in Israel feel alienated from their communities, sometimes the entire family feels marginalized, complicating an already challenging life,” JNF Task Force on Disabilities director Yossi Kahana explained.“At Jewish National Fund we open the doors to acceptance and inclusion and are changing the lives of thousands of children and their families every day,” said Kahana, a father to a boy with autism.Events will take place all around the country, including Kahana and JNF’s chief Israel emissary, Talia Tzur, speaking to the B’nai Israel congregation in Rockville, Maryland about Special in Uniform, a JNF-sponsored initiative that integrates young people with disabilities in the IDF, and an event in the Chicago area which will be held in coordination with the consulate-general of Israel to the Midwest.Other JNF programs dedicated to improving the lives of those with special needs include ALEH Negev-Nahalat Eran, a state-of-theart rehabilitative village in the Negev; LOTEM-Making Nature Accessible, which brings people with special needs closer to nature through field trips and accessible hikes, and the Red Mountain Therapeutic Riding Center, which provides weekly horseback riding therapy to nearly 200 children and adults with physical and mental disabilities.This article was written in cooperation with JNF-USA.