Everyone who knew Rabbi Raziel Shevach speaks of his huge smile, his happiness, his ability to make others happy and his generosity.

By JEREMY SHARON
JANUARY 12, 2018 03:01
RAZIEL SHEVACH, whom a terrorist murdered on January 9th, 2018, is surrounded by his wife and six children in this recent photograph.
(photo credit: Courtesy)
Advertisement
“A righteous man,” “the leader of the generation,” and “the yeshiva comedian” were just some of the ways Rabbi Raziel Shevach was described by friends and colleagues who knew him well.The rabbi, 32, who was killed outside of the Havat Gilad outpost where he lived, achieved an enormous amount in his short number of years, having an unforgettable impact on everyone he met.Everyone who knew Shevach speaks of his huge smile, his happiness, his ability to make others happy and his generosity.And the young rabbi was also incredibly accomplished, seeing in every aspect of his religious studies an opportunity to implement and practice what he learned.So when he studied the laws of brit mila (circumcision), he decided to learn how to become a mohel, a ritual circumciser, and performed several hundred circumcisions during his life.After studying the laws of kosher slaughter, he decided to become a shohet, a ritual slaughterer, and would slaughter chickens for free before Yom Kippur after the traditional kaparot ceremony.When he studied the laws of mourning and burial, he undertook a course in these fields and joined the regional hevra kadisha burial society.He also studied the laws pertaining to religious scribes and would check mezuzot and tefillin for his friends and neighbors. 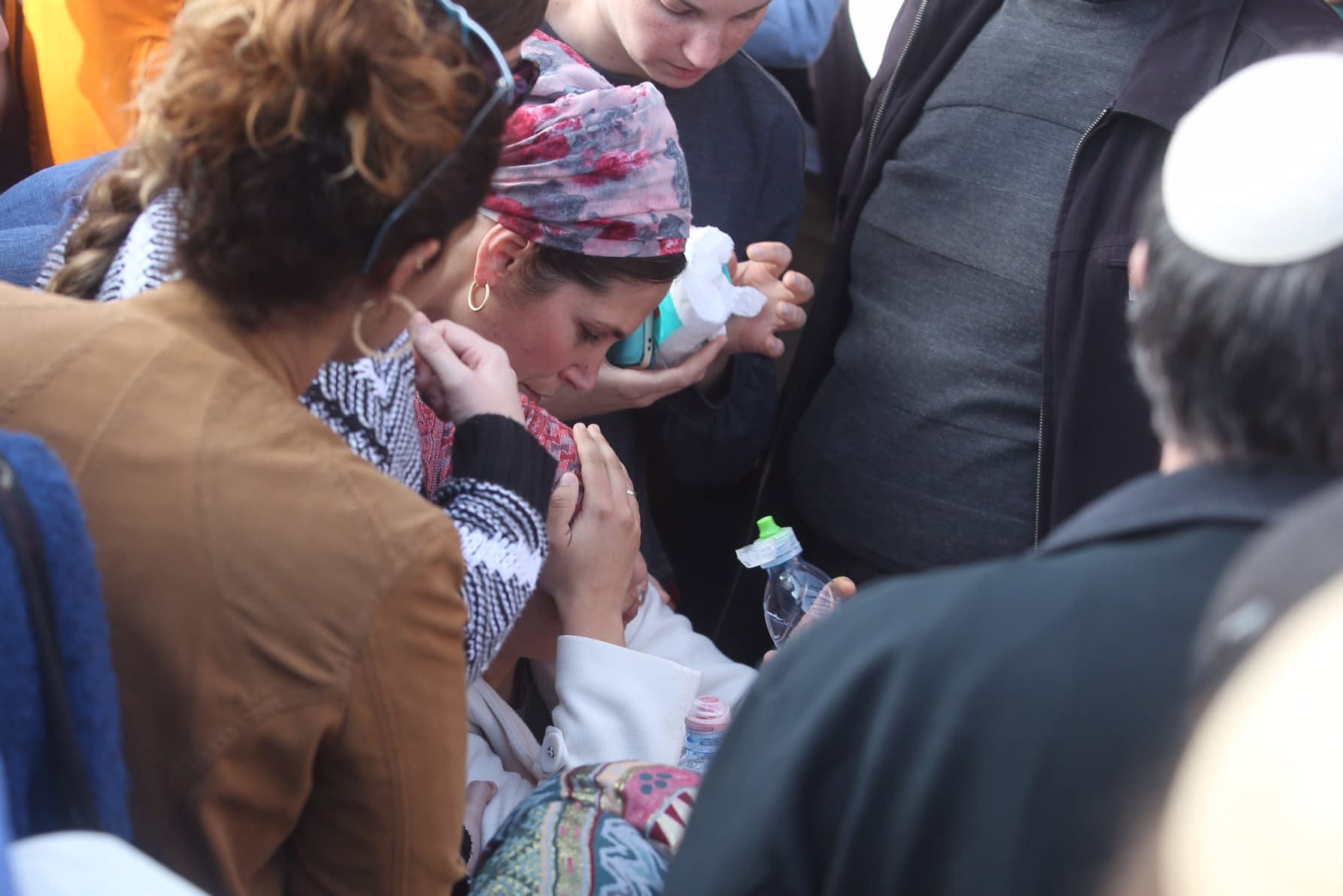 Funeral of Rabbi Raziel Shevach, murdered in West Bank terror attack shooting, January 10, 2017. (MARC ISRAEL SELLEM)Shevach was also an ordained rabbi, and was studying toward becoming a qualified rabbinic judge. He had recently completed a course in conducting weddings, and was due to perform his first wedding in two months, for his sister.On top of his religious qualifications and expertise, the rabbi also served as a longstanding volunteer paramedic for Magen David Adom, and was on-call in Samaria, having passed a senior paramedic’s course two years ago.“There was almost nothing he didn’t learn that he wouldn’t put into practice. He brought everything to the realm of action,” Chanoch Vasserman, a close friend and study partner of Shevach, told The Jerusalem Post.Vasserman recalled Shevach’s activities, saying that he had helped save numerous lives as a paramedic and that the day before he was killed he had circumcised two babies in Kfar Saba.He also spoke of his late friend’s incredibly happy demeanor and warmheartedness. “I never saw him sad. He was always so happy, and he made everyone happy,” said Vasserman.
Israel buries Rabbi Raziel Shevach, January 10, 2018
“He was someone who loved everyone, and everyone who met him would connect to him. He had an amazing humor. He could make everyone laugh and would also raise people up. He was electrifying and everyone connected to him. You couldn’t meet him and not connect with him.”Shevach’s sense of humor and good-natured personality were common themes in the comments made by other friends and acquaintances.Yehoshua Tzur, who once studied in the same yeshiva as Shevach, described him as “the yeshiva comedian.”“He had the most amazing sense of humor, he would make people collapse on the floor laughing. He did impressions, different faces – he was amazing at it,” said Tzur following the funeral in Havat Gilad on Wednesday afternoon.Liat Hartuv, a fellow MDA paramedic who did the senior paramedic’s course with Shevach, described him as “an amazing person with a massive heart and a massive soul and an amazing smile,” and also noted his knack for forming bonds with others.“He could connect to anyone regardless of who they were – secular, religious, young, old – he always had a smile, always had that magic,” said Hartuv.“He always had amazing optimism, even in the saddest situations we would encounter he would be able to change the atmosphere with a bright expression, a massive smile, and a great will to help and do good. It influenced everyone he treated.” 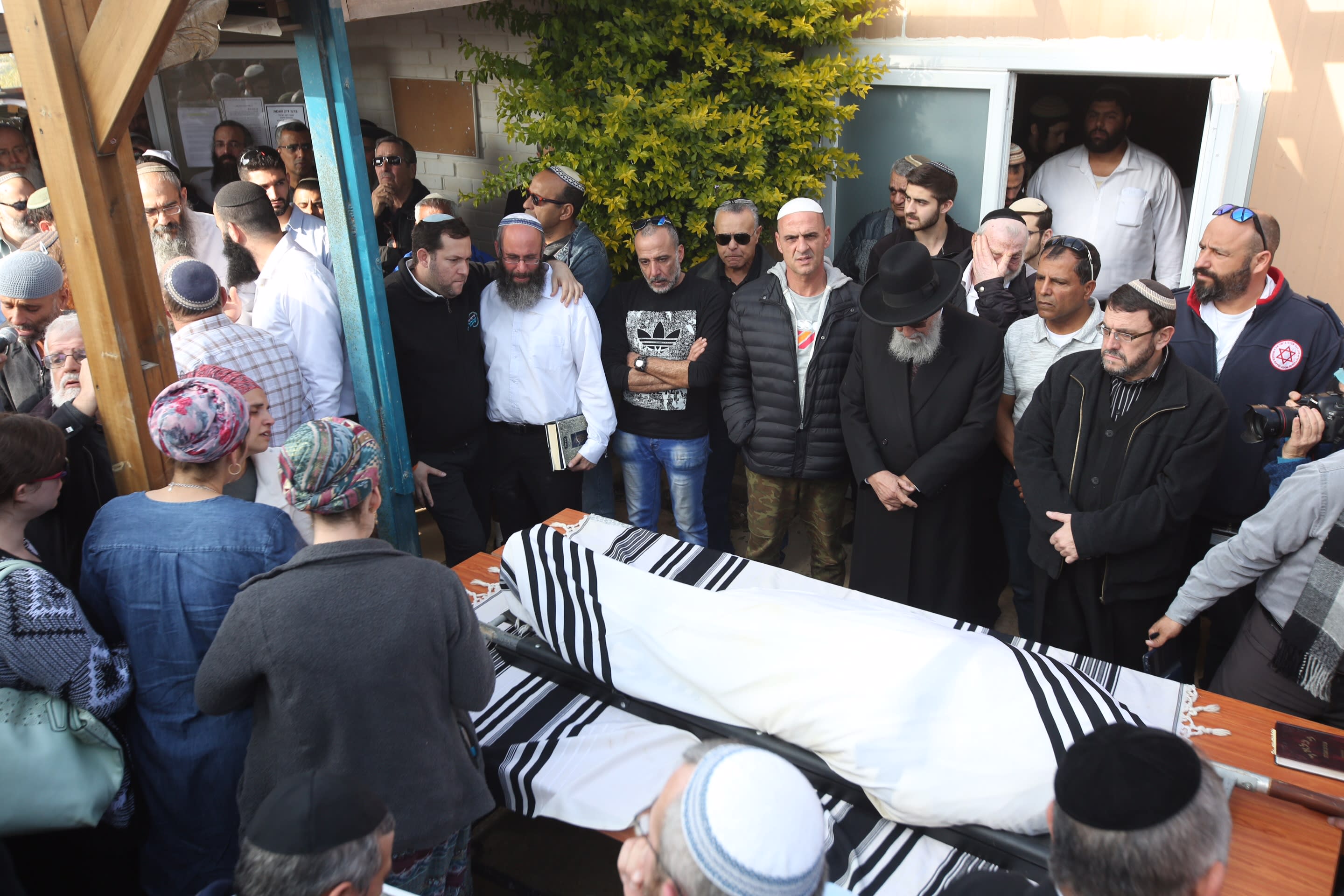 Funeral of Rabbi Raziel Shevach, murdered in West Bank terror attack shooting, January 10, 2017. (MARC ISRAEL SELLEM)Shevach’s generosity was another characteristic that distinguished him. Vasserman spoke of how his friend rarely took payment for his work. He performed circumcisions, did kosher slaughter, and made barbecues for his colleagues in yeshiva for rosh hodesh (the new month) without requesting payment – not to mention his volunteer-work for MDA.But one question Vasserman did not answer, or, more accurately, said could not be asked: How could such a great man, with such a capacity for doing good, be murdered as he was?“We can’t ask these questions. Everything is from God,” said Vasserman with a heavy heart.“When someone gets cancer, or dies in a traffic accident, we don’t know why these things happen, only that it comes from God and that we don’t understand how he acts.“He is a korban tzibur, a communal sacrifice. He is not a private loss but a national loss and this is a national travesty. It could have been anyone amongst us who was killed, but this is what God wanted. He died for us.”