Iran, Hezbollah lash out at Bahrain for stripping prominent Shi'ite cleric of citizenship. 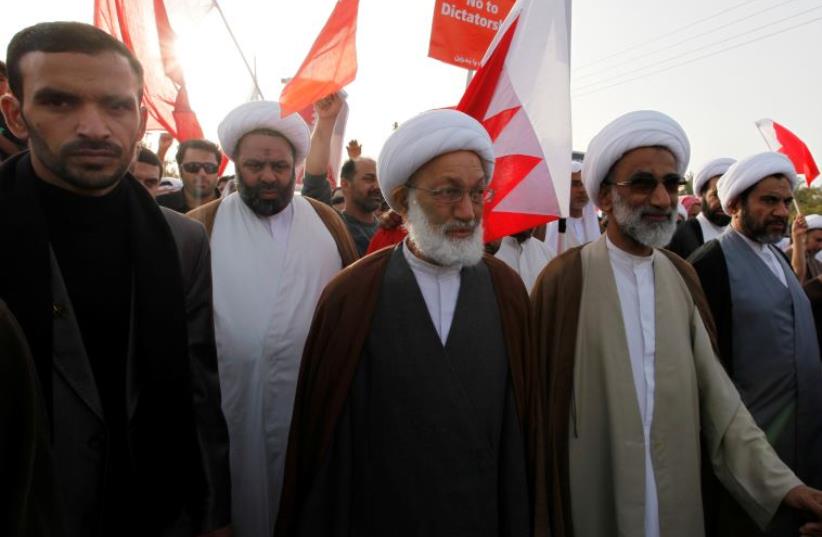 Bahrain's leading Shi'ite cleric Sheikh Isa Qassim
(photo credit: REUTERS)
Advertisement
The ethnic schism between Sunnis and Shi'ites in the Middle East sparked regional tensions on Monday between Bahrain and Iran, after the former stripped the citizenship of its top Shi'ite cleric, Sheikh Isa Qassim. Bahrain's Interior Ministry issued a statement explaining that Qassim was stripped of his citizenship for "creating an extremist sectarian environment and founding organizations serving foreign religious authorities."This step apparently boded ill for Bahrain's relations with Iran. Qassem Suleimani, the commander of the Iranian Revolutionary Guard's Quds Force, threatened to retaliate against the Bahraini government for its move."There is no doubt that the people of Al-Khalifa (Bahrain's Royal Family) know very well that acting against Sheikh Isa Qassim means to cross a red line and ignite a fire in Bahrain and the entire region," Suleimani said in a press statement."The only way to respond to such action is by resistance, in order to make Al-Khalifa pay the price and disappear," Suleimani added.In a statement issued on Monday evening, Iran's Foreign Ministry said: "Such outrageous moves ruin the hope to resolve issues in Bahrain through dialogue and by peaceful means."Hezbollah also issued a statement condemning Bahrain's "unprecedented move" and called on the people in Bahrain to "express their outrage over the attack against their prominent symbol."According to the Lebanese terror organization, Bahrain's move is a "very grave step that proves that the Bahraini government can no longer deal with the peaceful popular movement."
Sheikh Isa Qassim is a prominent opposition figure in the Sunni-governed Kingdom of Bahrain. In 2011, he attended the mass protests that took place in the country against the government and he has heavily criticized Bahrain's Royal Family.