As I see it: The Western reset

The Gulf Arabs have been made painfully aware that the real threat to themselves comes not from Israel but from within the Islamic world. 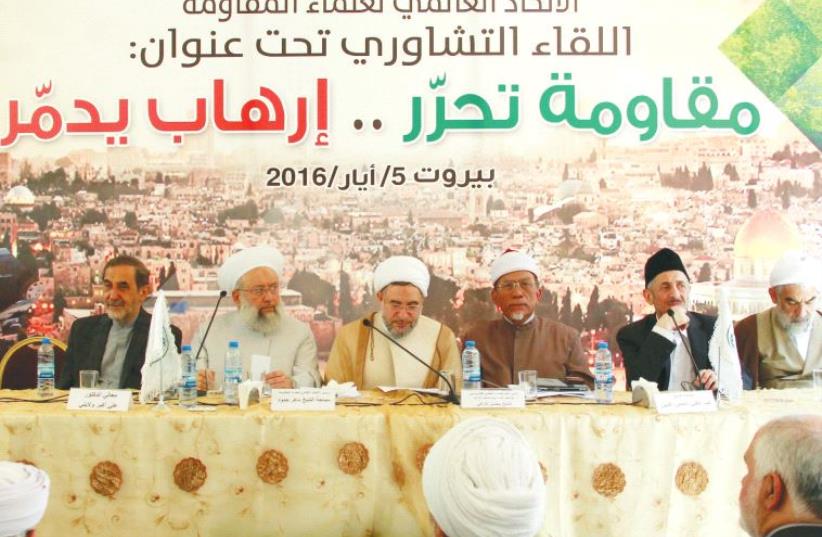 TIME FOR some pushback against Iran’s influence and power, the author argues.
(photo credit: REUTERS)
Advertisement
We don’t quite know yet what shape US President-elect Donald Trump’s foreign policy will assume. It’s a fair bet that at this stage, President- elect Donald Trump doesn’t know either.We know he thinks the nuclear deal with Iran was a terrible error. We know he admires the cut of Vladimir Putin’s jib while taking a dim view of China.We know he supports the State of Israel, and wants to try to bring peace there by up-ending previous American policy towards the Arab-Israel impasse.Beyond all that, what he intends to do is as clear as fog. Which is not surprising, since this novice politician is confronted by an international landscape of quite extraordinary turmoil, complexity and peril.What should happen, however, isn’t difficult to discern. It’s not so much what Trump should be doing in the world; it’s more a matter of needing to undo what has been done.President Obama all but negated the defense of America’s national interest. He wanted to redress the harm he imagined America had done to the developing world.Accordingly, he empowered those who want to bring down the West while he left America’s allies to twist in the wind, or worse.That has to be reversed. America needs to junk such ideological pathology in favor of one overriding and all-important objective: to defend the national interest. It has to deal with the world as it is, not try to remake it in accordance with some idea of how it would like it to be.The most urgent task is to reverse the empowerment of Iran. Achieving this will not be easy because Iran has been allowed to stamp its control across the region.This was Obama’s aim. The Iranian nuclear deal – dreadful as it was – was merely the means to a strategic end: the rebalancing of the region by empowering Iran while the US departed the Middle East stage.This has had baleful consequences. The withdrawal of American power has thrown the region’s Sunni Muslims to the wolves of Iran’s Shia regime. This fueled the terrible bloodletting that has consumed Syria, paralyzed the moderates of Iraq, and abandoned the Iranian people themselves to the predations of their tyrannical rulers.Flushed with the billions that poured in after Obama opened the sanctions spigot, Iran has also cemented its power in Lebanon and Gaza, to be used as launchpads for its infernal goal of annihilating Israel.America has literally let Iran get away with murder over the years. Now it must start holding it to account, by military means if necessary, for every aggressive act it makes.Trump’s admiration for Putin has caused widespread consternation. But it was Obama who, through his infamous “reset” with Russia, tried to make Putin his friend, and again transmitted a disastrous signal of abject American weakness.Certainly Putin is dangerous and ruthless in pursuit of his vision of restoring the Russian empire which, as he sees it, the West destroyed in the Cold War. His alliance with Iran, however, is driven by his need to defeat their common foe, the Sunni Islamists.But these are the West’s foes too. So the potential exists for an American deal with Putin to see off the Sunni jihad as a quid pro quo for detaching him from Iran.After all, who has the greater claim to be protecting the West from Sunni terrorism – Putin, or German Chancellor Angela Merkel? For even after the Berlin atrocity, she refuses to accept that her reckless migrant policy – which has imported untold numbers of Islamist extremists and to whose anti-Western behavior she turns a blind eye – is to blame.Last but not least, there’s Israel. The key thing to understand here is that the driving factor behind this never-ending conflict is not the failure of the two-state solution.It is the behavior of America, along with Britain and Europe, which has incentivized Palestinian rejectionism and mass murder.If Trump wants to break this impasse, he has to stop doing what the US has done for decades: he must stop funding the Palestinian Authority’s incitement to murder Jews, stop treating the Palestinians as statesmen-in-waiting while they continue to try to wipe out Israel, stop putting the thumbscrews on Israel to compromise its security, and stop endorsing the big lie about Palestinian entitlement to any of the land.The turmoil in the region has created an unprecedented opportunity to reset the lethal Middle East trajectory. The Gulf Arabs have been made painfully aware that the real threat to themselves comes not from Israel but from within the Islamic world. Now they need Israel as a tactical ally against their common jihadi enemies.The US and Israel between them have the capacity to become the “strong horse” in the region. That will make all those Arabs and Muslims who so desperately want to resist the Iranian regime or Sunni Islamists braver.A “civilization spring” is now possible, centered on Israel and America – and, if it keeps its nerve over Brexit, Britain too.For the desperate weakness of the West, through both cultural demoralization at home and pusillanimity abroad, is intimately connected to the erosion of national identity, patriotism and pride.If the West is to survive, it must cast off its pathological guilt and shame and uphold once again the concept of the Western nation by putting the national interest first.Melanie Phillips is a columnist for The Times (UK)