The Israeli military option against Iran

The disagreements about Iran’s nuclear program jeopardize the relations between Israel and its American patron. In this sense Iran has already profited from the nuclear agreement. 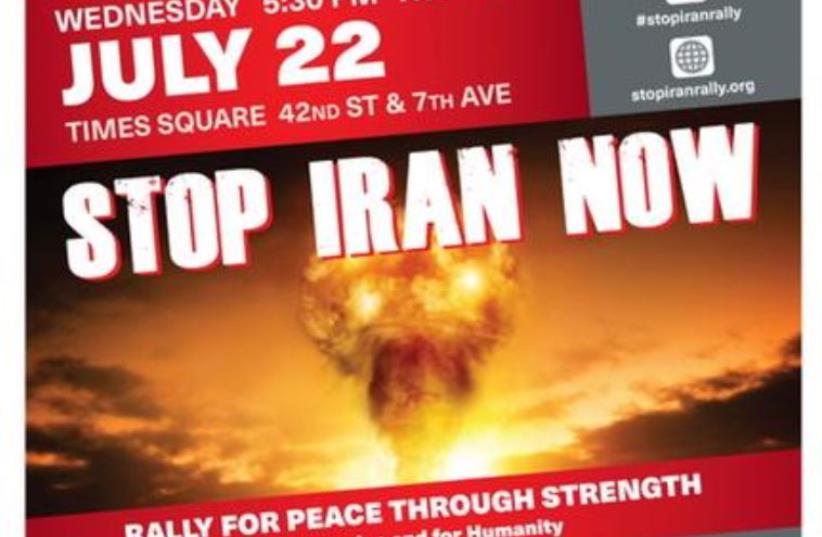 Stop Iran Now protest
(photo credit: Courtesy)
Advertisement
The agreement concerning Iran’s nuclear program will be confirmed by the United States. The Obama administration has gathered enough votes in Congress to prevent any bid there to override the presidential veto. Israel, which opposes the accord, should focus now on American military aid. Talks between the US and Israel about compensating the latter with some kind of an arms deal could focus on helping Israel prepare for a possible showdown against Iran and its allies, mostly Hezbollah in Lebanon.The disagreements about Iran’s nuclear program jeopardize the relations between Israel and its American patron. In this sense Iran has already profited from the nuclear agreement.Iran benefits from any falling out between Israel and the US. Iran sees both those states as foes since they stand in the way of Iranian hegemony in the Middle East. Weakening the ties between the US and Israel would pave the way for Iran to increase its presence. Therefore for Iran the agreement about its nuclear project has another goal, a more indirect one but still important: to destabilize the Israeli-American alliance. This is why there is a need for another deal, one between the US and Israel.US Secretary of Defense Ashton Carter said on September 1, 2015: “While the deal puts limits on Iran, the point I want to make is, the deal places no limits whatsoever on our military and our military option is real and will remain real. We will continue to protect our friends in the region, especially Israel, from Iran’s destabilizing activities.”It is clear the US will not attack Iran – but it could allow Israel to do so, as a last resort.The Obama administration seems to be willing to give Israel both defensive and offensive measures. These include F-35 strike fighters that would make it easier for Israel to attack Iran should Iran breach the agreement, let alone rush to produce a nuclear weapon.The IAF (Israel Air Force) might get also “bunker buster” bombs. Yet even these bombs are incapable of penetrating some of Iran’s highly protected nuclear sites, such as the one in Fordow.For that mission the IAF needs the MOP (Massive Ordnance Penetrator), a huge American conventional bomb. Obviously there is no point flying all the way to Iran if the IAF does not possess the ability to wipe out Iranian nuclear sites, considering the risks and the ramifications of such a raid.The MOP must be carried by a heavy bomber such as the B-52 or B-1, which the IAF does not posess. Some in the US Congress support delivering Israel the MOP and the B-52/B-1. The Obama administration might refuse sending Israel the B-52/B-1, but should be willing to let it have the MOP. Then the IAF could improvise, for example by trying to drop the MOP from the C-130J. The latter is a transport plane so it would not be perfect for the job, to put it mildly. Yet it could carry the MOP and it has the range to reach Iran. The C-130J would be vulnerable to Iran’s air defense and air force but those units would be attacked by other Israeli planes, as part of a task force.To begin with the Iranian air defense is not that strong – as long as it does not assimilate the Russian S-300, an advanced anti-aircraft missile.Hezbollah possesses some 100,000 rockets and missiles, which can hit almost every spot in Israel. If Israel strikes Iran the latter might order Hezbollah to launch. Nevertheless Hezbollah and/or Iran might not retaliate with full force. It depends on several factors, such as how much damage the Israeli attack inflicts on Iran’s nuclear infrastructure. Iran might wish to play the victim and wait for a better opportunity to return the favor. However if Hezbollah confronts Israel, Israel would conduct a vast offensive in Lebanon, on the ground, air and sea, aiming to neutralize the threat. It might be costly but Israel could accept that, as part of the effort to prevent Iran from having nuclear weapon.All in all the IAF has to assimilate the B-52 and at least the MOP in order to deter Iran from producing nuclear weapons. If this does not work Israel would bomb Iran. Such a reliable military option is essential to maintain the security of Israel.The author is an analyst of Israel’s national security.