Power served as ambassador under former Democratic president Barack Obama and then-vice president Biden from 2013 to 2017. 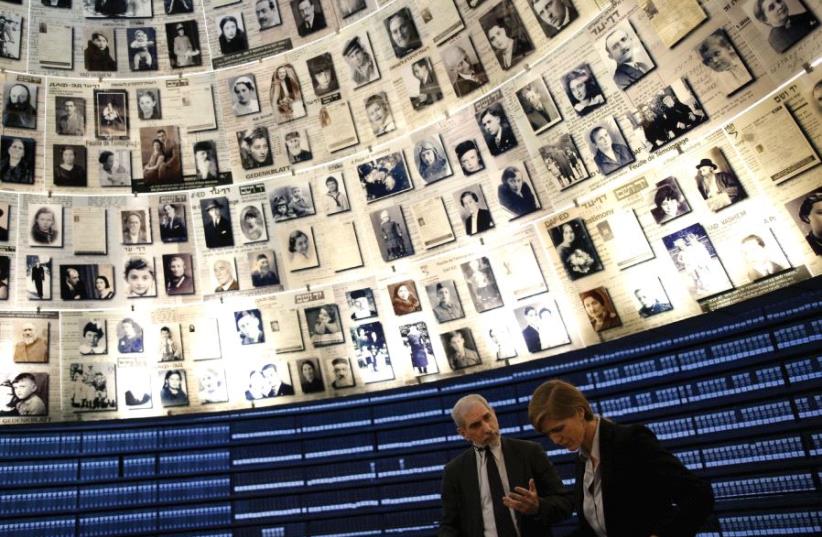 OUTGOING US AMBASSADOR to the United Nations Samantha Power (right) visits the Hall of Names at Yad Vashem's Holocaust History Museum in Jerusalem last February
(photo credit: REUTERS)
Advertisement
US President-elect Joe Biden on Wednesday named Samantha Power, the former US Ambassador to the United Nations, as his choice to lead the US Agency for International Development (USAID), citing her deep experience addressing crises around the world.

"Power will rally the international community and work with our partners to confront the biggest challenges of our time – including COVID-19, climate change, global poverty and democratic backsliding," his transition team said in a statement.

While in her position as UN ambassador during the Obama administration, Power abstained on more than one occasion from defending Israel against the continual slew of anti-Israel resolutions passed by the UN council – notably a resolution condemning the construction of settlements in the West Bank.She had been publicly outspoken about Jewish building in the West Bank in the past, categorically stating at one time, "the building [of Jewish settlements] has to stop."While she did share, or refuse to share, her views on Israel on many occasions in her position at the UN, she did claim that "Israel is treated differently" by the international governing body compared to other countries seated at the table – receiving more negative attention and resolutions passed against them than any other nation."The simple truth is that for as long as Israel has been a member of this institution, Israel has been treated differently from other nations at the United Nations," Power said amid the anti-settlement vote.

"A crisis-tested public servant and diplomat, Ambassador Power has been a leader in marshaling the world to resolve long-running conflicts, respond to humanitarian emergencies, defend human dignity, and strengthen the rule of law and democracy," Biden's transition team said.

Power, 50, served as ambassador under former Democratic president Barack Obama and then-vice president Biden from 2013 to 2017.

She also served as a White House national security staffer under Obama from 2009 to 2013. A former journalist, she won a Pulitzer Prize for her book A Problem from Hell, a study of US failure to prevent genocide.

Congratulations to my good friend & colleague @SamanthaJPower on her nomination to be @USAID Administrator. She has vision, wisdom & toughness, and will help restore US leadership addressing many of the world's most pressing problems, from COVID to hunger to climate to migration.