IFCJ’s Yechiel Eckstein outlines how Evangelical support is a strategic asset for Israel and the Jewish people. 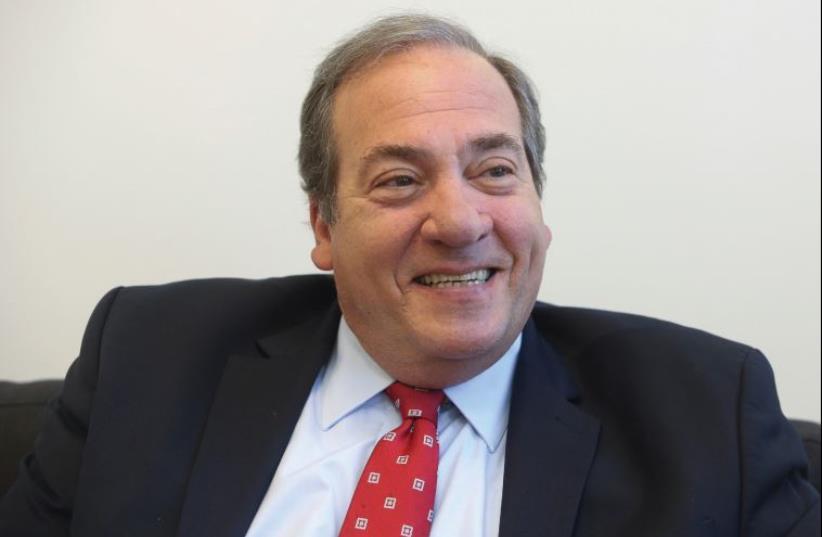 Rabbi Yechiel Eckstein
(photo credit: MARC ISRAEL SELLEM)
Advertisement
For Israel to survive in an environment where it is constantly being attacked, it must be willing to find new friends, says one of the Jewish world’s leading philanthropists.“Israel is being attacked militarily, it’s under siege in the UN, it’s attacked for its values by Western countries, it’s attacked by the BDS movement [Boycott, Divestment and Sanctions], and anti-Semitism has grown in the past 10 years – and all of these things are on rise,” says Rabbi Yechiel Eckstein, founder and president of the International Fellowship of Christians and Jews. “All of that has isolated Israel and the Jewish people more than ever before.”Also, ever since the establishment of the state, Israel was the paramount commitment of Jews of all kinds, with the only notable exception being the anti-Zionist sect Natorei Karta, Eckstein notes. But in a paradigm shift over the last decade and a half, that once unbreakable bond has been loosened.“It’s not just a sense of isolation. It’s a diminution of the solidarity and support of the Jewish community – the younger generation, an alienation by Reform and Conservative Jews and alienation by Jewish intellectuals on the Left,” he says.“In many respects, Israel has gotten into this position of being an island.”Fortunately, says Eckstein, one of the ways in which Israel gets out of this dilemma is through its technology and innovation. But those are only secondary factors. “The bottom line is that Israel needs to build coalitions.”Even if those coalitions come from unlikely sources.“Over the past 40 years since I started the first Jewish-Evangelical dialogue, we have seen the emergence of a whole new group of tens of millions of people who stand with Israel,” Eckstein says.Filling that gap, in came the Evangelical Christians. In the US they make up the core of the Republican Party and number in the hundreds of millions across the world, even in traditionally non-Christian countries such as China and Korea.By harnessing their support, Eckstein and the IFCJ have brought Israel the Evangelicals’ political clout and their unconditional love and commitment to help Israel and the Jewish people.But it is their financial support that has been most crucial and most felt in assisting the Jewish people’s most vulnerable and helpless populations in Israel and around the world.“As the traditional Jewish institutions have been dropping in their income, they’re not able to meet the needs of the Jewish community the way they would have been able to 20 years ago,” Eckstein says.Via these donations, the outstretched arm of the IFCJ can help Holocaust survivors live out their final years with respect and dignity, assist the elderly and impoverished Jews in the former Soviet Union with basic needs and provide for Israeli citizens in the fight against the rising poverty and the cost of living.After years of financially supporting traditional aliya organizations, including helping found Nefesh B’Nefesh, the Fellowship began its own aliya program in 2014 for Ukrainian Jews. The initiative has now brought to Israel almost 3,000 people, mostly refugees who lost their homes and jobs in the aftermath of Russia’s annexation of Crimea, and the organization’s almost monthly “Freedom Flights” are always filled.The success of the program – which includes helping the immigrants adjust to life in Israel with financial grants and special advisers – was so great that Jewish communities around the world have asked the organization to start other local aliya programs, Eckstein says. The IFCJ is now helping Jews make aliya from South America, France and even an Arab country, among others.The Fellowship also deals with security. It provides armed protection for hundreds of Chabad Houses around the world, and in response to the rocket attacks from Israel’s neighbors in the past decade, the IFCJ bought or helped renovate more than 5,000 bomb shelters and installed several hospital fortifications to protect the citizens of the Jewish state in times of conflict.Not only does the State of Israel have one of the greatest friends that it has ever had in its almost 70 years of existence, but the Jewish- Christian dialogue is slowly but surely removing the barriers after two millennia of blood libels, crusades and anti-Semitism. “Today, true Bible-loving Christians are our greatest allies,” Eckstein says.But even with the Evangelicals’ help, “We can’t do it all, even with $150 million in donor contributions,” he says. Jewish organizations still have a role to play – one that they have abandoned in recent years.“It’s a shame that at a time when you have the wealthiest Jewish community in the history of the world, you also have a drop in Jewish funding,” he says.“They’ve lost sight of the ball. The ball isn’t to help the IFCJ become a bigger organization. The ball is helping [Holocaust survivors] with food, medicine, heating fuel and a decent place to live.”The IFCJ is in the process of launching an initiative to reach out to the Jewish community with an effort to raise major donations – very different from the average $76 donation the organization receives from its Christian donors.Regardless of how this new project turns out, even as he approaches the age of 65, Eckstein does not plan to let up any time soon.“Seeing the half of the glass that is not filled and feeling the pain of those people who are enduring that, and knowing if I really push myself, and if we do better work, then we can address these gaps and help them – this is what keeps me going.”To register for the Jerusalem Post Annual Conference: https://members.jpost.com/nyc2016.aspx