A Bridge Too Far: Peres's grand vision for the Middle East

The limits of the Zionist revolution, which the younger Shimon Peres repeatedly stretched, humbled him in his quest for a New Middle East. 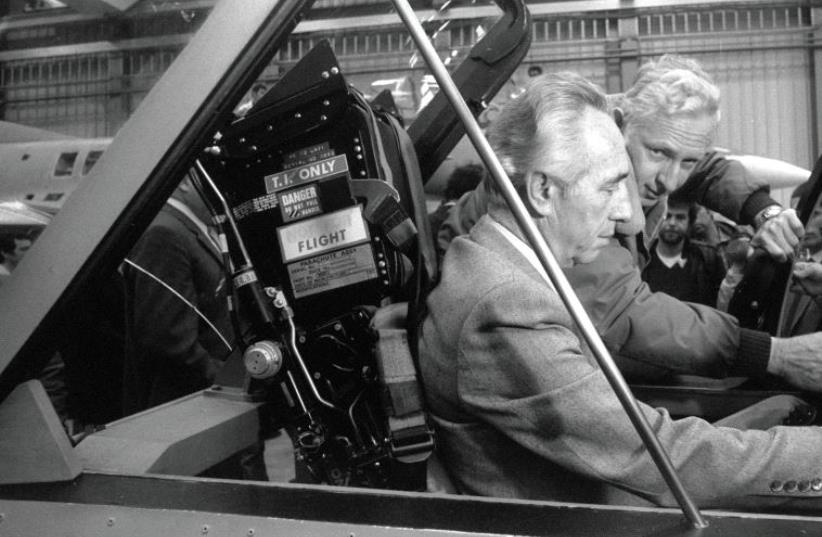 Peres sits in the cockpit of a mock-up Lavi jet fighter in 1985
(photo credit: GPO)
Advertisement
The star-studded mourners’ armada that surrounded his grave had just departed, leaving Shimon Peres among his new neighbors at the Mount Herzl Cemetery’s Leaders of the Nation plot.It seemed, in the eyes of a visitor, like a curious déjà vu.