Analysis: Was the Second Lebanon War a success? 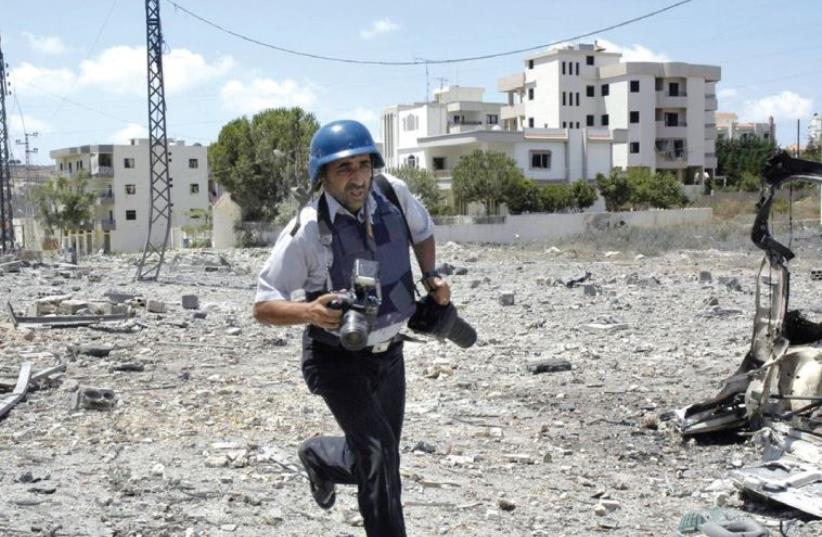 A LEBANESE NEWS PHOTOGRAPHER runs for cover upon hearing Israeli jets above the village of Kfarjouz in 2006.
(photo credit: KAMEL JABER/REUTERS)
Advertisement
Ten years after the outbreak of the Second Lebanon War, more and more Israelis are changing their perception and acknowledging that the Second Lebanon War was an impressive strategic success.The strategic goals set by the government led by then-prime minister Ehud Olmert – who is now serving time in prison after being convicted on corruption charges – were achieved by the IDF: deterrence of Hezbollah was deepened. The Shi’ite Lebanese movement, which still is Israel’s number one enemy, is deterred and fears entering into a new round of hostilities with Israel.During the war, Hezbollah suffered severe damage. Its headquarters in the Dahiya neighborhood of Beirut were destroyed. Thanks to outstanding strategic intelligence, the Israeli Air Force was able to launch a devastating strike in which it destroyed, in just 34 minutes, Hezbollah’s arsenal of long-range rockets that had been hidden in civilian residences.The equilibrium with Lebanon has been irrevocably changed; terrorism emanating from Israel’s northern neighbor has disappeared. Only four soldiers were killed since then in border incidents and not even one civilian has been killed or injured.Israel’s northern border has been quiet since August 2006. It is the second longest time between wars in the country’s 68 years of independence. Only the peaceful era between the 1956 Sinai Campaign and the Six Day War in 1967 was longer. And if the sides manage to avoid a miscalculation and conflict that neither wants, the quiet could continue for several more years.And yet many Israelis and commentators continue to wrongly insist that the Second Lebanon War was a failure, and are engaged in a heated debate on its legacy.The person responsible is not Hezbollah leader Hassan Nasrallah, who in a rare moment of candor admitted in a television interview after the war that had he known what its results would be, he would never have ordered the operation in which reservists Eldad Regev and Ehud Goldwasser were kidnapped and three other soldiers killed.Rather, responsibility for the mistaken perception that the war was a flop lies with the journalists and analysts who covered it in real time from the Lebanese border, and competed among themselves as to who would provide the most melodramatic description of a particular tactical failure in battle. Those correspondents and commentators failed to see the wider strategic view, although some have changed their opinion or at least softened their criticism since the war.What also contributed to the perception that the war was a failure were a few facts.The Second Lebanon War began July 12, 2006 and lasted 34 days; 121 Israeli soldiers and 44 civilians were killed. The homefront – cities and rural communities - suffered a barrage of more than 4,000 rockets. Two hundred thousand Israeli fled their homes in the north and found shelter elsewhere.Indeed, many tactical errors were made on the battlefields. The IDF went into the war without having done the necessary professional groundwork ‒ its operational plans were only partially developed, tactical intelligence was in short supply and didn’t reach the field units, and the home front was insufficiently prepared. One can assume, though, that in the decade that has passed, the lessons have been learned and these shortcomings have been remedied.True, Hezbollah has far greater capabilities today than it did a decade ago – today it has more than 120,000 rockets and missiles aimed at Israel, up from around 25,000 at the time of the war. Hundreds of its present arsenal are long-range, accurate missiles.It has gained battle experience in the Syrian civil war although it has also suffered some 1,600 dead and 5,000 wounded. But the IDF too is a far different organization.In the next Lebanon war, if and when it breaks out, Hezbollah’s plans will be different from 2006. The daily rate of rockets and missiles launched against Israel will soar from 120 per day in the last war to 1,200. The long-range missiles carry a much heavier warhead of up to 500 kg.Some missiles will be intercepted by Iron Dome and David Sling ground-to-air defenses; some will be destroyed by the Israeli Air Force; but some Hezbollah rockets will presumably hit their target.The expected damage will be costly. The IDF estimates that hundreds of people will be killed, and hundreds of buildings destroyed or damaged. Hezbollah will also try to move the war inside Israeli territory and capture, even for just a few hours, an Israeli rural community along the border.But, the Israeli reaction also will be much harsher. Hezbollah’s military power will be obliterated this time. Lebanon, too, will not be the same. Hezbollah knows it very well and, therefore, has no plans to go for another round. Hezbollah is deterred.It is true that this deterrence has not solely achieved as a result of fear from Israel. The deterrence is working because Iran now has greater control over Hezbollah than it did 10 years ago. Nevertheless, the Iranian grip is also a by-product of the 2006 war. Iran didn’t want the war to be launched, and now Nasrallah is paying the price for his adventurism which angered Iranian leaders and military commanders.Hezbollah’s deep involvement in the five-year-old Syrian civil war is also an important factor which contributes to the Israeli deterrence. As long as that multi-faceted conflict continues – and no end is in sight – the chance of a third Lebanon war is low, mainly thanks to the achievements of the previous round, which many still refuse to recognize.Some argue that the deterrence is mutual, and practically relations between the two sides are managed by a balance of fear. Regardless if this is the case, what really matters is the bottom line. Israel no longer aspires for real peace deals and diplomatic relations with its neighbors only to keep tranquility at its borders. And in that sense all is quiet on the northern front.