Dubai woman delivers baby in Israel, names him after IDF officer who helped her

The woman was so thankful to the Israeli, a Druse officer who serves in the Israeli Civil Administration, that she named her baby after him – Hadi. 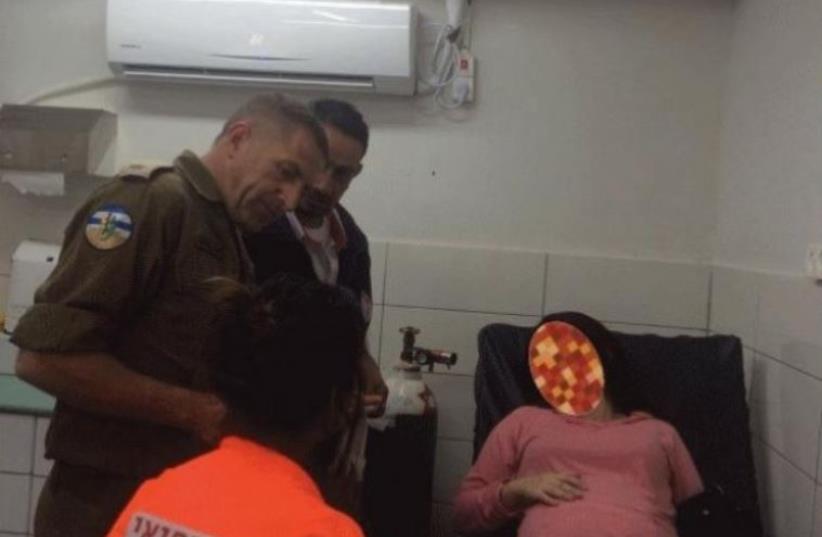 The woman from Dubai accompanied by the Israeli officer
(photo credit: ARAB MEDIA)
Advertisement
An Arab woman who delivered her baby at the Israeli-Jordanian border crossing on Tuesday named the infant after the IDF officer who helped her give birth. The woman, heading from Dubai to the West Bank, arrived at Allenby border crossing when suddenly she started feeling contractions. An Israeli IDF officer who was present at the scene gave her initial medical treatment at the border crossing, after which he accompanied her to a hospital in Jericho. The woman was so thankful to the Israeli, a Druse officer who serves in the Israeli Civil Administration, that she named her baby after him – Hadi.While Druse news sites in Israel were fascinated with the story, Palestinian news sites raised doubts about the story that was first published on Tuesday on the Facebook page of the Coordinator of Government Activities in the territories. They claimed that the fact that the woman's face in the pictures released is blurred, and that neither her identity nor the details regarding her arrival at the border crossing were published, raised many questions.