For Kafr Kasim residents, the holiday is worth the sacrifice

The festival, which lasts for four days, starts on the 10th day of the month of Dhu al-hijja, one day after the hajj pilgrimage to Mecca culminates. 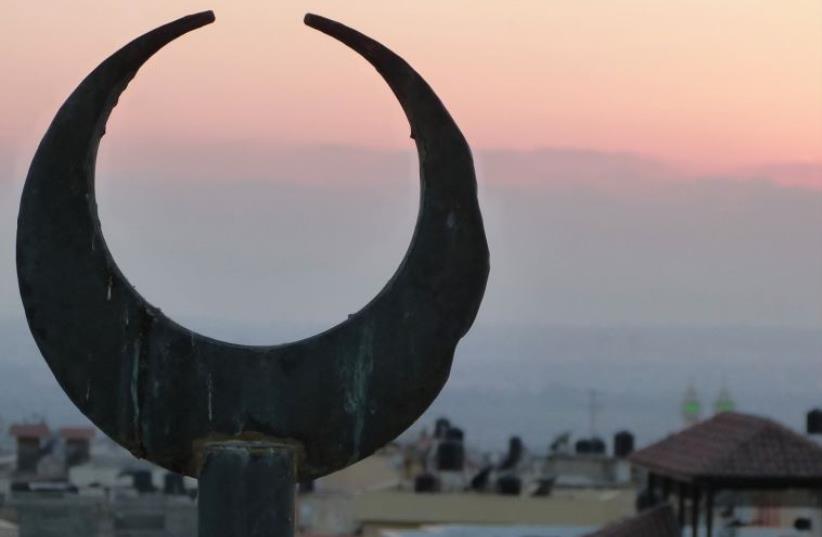 Another Ramadan evening begins in Kafr Kasim
(photo credit: ILANIT HARAMATI)
Advertisement
On Friday, the world’s 1.6 billion Muslims will mark the start of Eid al-Adha (the Feast of the Sacrifice), also known as “the great festival” in the Muslim calendar.In Kafr Kasim, an Israeli city 20 kilometers east of Tel Aviv, residents have already purchased new clothes for their children for the holiday and are readying to host family gatherings. Those who can afford it will buy and – usually with their own hands – slaughter a sheep in commemoration of Abraham’s sacrifice of the ram, which in Islamic tradition was provided by God as a substitute for Ishmael after Abraham passed the divine test of his faith.“My family waits for this holiday,” said Muhammad Benberi, 34, a car mechanic. “We visit my brothers and sisters and in the end have a big gathering at my parents. Children get really excited about it. I give my nephews money, and it gladdens their hearts.”The festival, which lasts for four days, starts on the 10th day of the month of Dhu al-hijja, one day after the hajj pilgrimage to Mecca culminates as pilgrims stand on the Plain of Arafat outside the city, pray and meditate and reflect on Abraham’s readiness to sacrifice Ishmael. The following day the pilgrims and Muslims everywhere sacrifice animals.Amer Amin, who works in the Kafr Kasim library, says he identifies with what the pilgrims are doing even though he is physically far from Mecca. “What they do is not just for the people on hajj,” he said. “I feel a peak of spirituality even though I am not there. I am emotionally close to the people on Arafat.”The financial costs of the holiday can be a challenge, Kafr Kasim residents say. Benberi says business has been slow at his garage this year and he has a new baby, so he will cut a bit from the money he spends on buying new clothes for himself. Still, his daughter, aged six, got a new outfit as usual.“I couldn’t cut my daughter’s clothes,” he said. “When all the neighbors and friends are dressed up in new clothes, it would give her a bad feeling.”Benberi says that in contrast to stores in the Jewish sector that offer holiday specials, stores in the Arab sector hike their prices before Eid al-Adha. “Fruit, vegetables, meat become more expensive,” he said. “They know there is demand and they take advantage of it.”The sheep will cost him about NIS 2,500, he says. Benberi will slaughter the sheep himself after saying holiday prayers in the mosque around 6:30 a.m. The slaughtering is done in one quick cut after saying, “In the name of God the merciful, the compassionate.”Benberi believes mere recitation of this “neutralizes” the sheep.He does not feel sorry for the animal. “God has approved this for us,” he said.Amin says he cannot afford to buy a sheep this year since he gave his son money to renovate a house in advance of getting married.“It’s a holiday of meat, and I’ll just buy a few kilos of meat,” he said. “It’s important to eat meat to hearken back to the slaughter of the ram.”While the holiday means days off from work and school for most, for the charity workers affiliated with the southern, more moderate, branch of the Islamic Movement it can be a busy time. The movement has a system for getting holiday sheep meat to the indigent.People donate parts of their sheep, which the movement takes to its branch offices and distributes according to lists, says Sheikh Safwat Farig, deputy head of the movement. After local distributions are completed, remaining meat is shipped to the central office in Kafr Kasim, from where it is distributed to more places, including Jerusalem. The movement also has an arrangement according to which Israeli Arabs can make donations that sponsors holiday meat distribution in the Gaza Strip.Farig says such giving is an integral part of the holiday. “It is a time of transformation – spiritually, psychologically and socially,” he said. “You search for people who don’t have, so you can give them from what you have.”The holiday symbolizes “that you have to sacrifice from what you have and relinquish all the bad things within us and the society,” he said. “The language is one of forgiveness and the message is one of peace. All this is tied to Abraham our father, who was ready to sacrifice, and we continue in his path and are willing to sacrifice.”Asked for an example of giving something up, Farig said: “If someone took something that was meant for you, you should be ready to open a new page with him. You should nullify hatred, hostility and bad thoughts and exit this holiday a new person who is clean and ready to give.”Ali Kabua, 44, a Hebrew teacher from the unrecognized Beduin village of al-Fura, near Arad, says he observes a custom of giving money to his sisters, aunts and mother. “The goal of the holiday is so that people will be connected to one another,” he said. “If everyone is busy working during the year, it is a chance to see each other, to see all the relatives, like Passover or Rosh Hashana.”