Speaking at Jerusalem Post Diplomatic Conference, head of the IDF Planning Directorate, Maj.-Gen. Nimrod Shefer expresses sorrow at death of Ziad Abu Ein, says no one should die while protesting.

By NOA AMOUYAL
DECEMBER 11, 2014 12:47
Nimrod Shefer, Head of the IDF Planning Directorate
Advertisement
The threat of Islamic State has compelled Israel to foster unlikely alliances, or “frenemies,” said the head of the IDF Planning Directorate, Maj.-Gen. Nimrod Shefer, at the Jerusalem Post Diplomatic Conference in the capital.The unexpected turn of phrase from the general, which depicts a relationship where friends are also enemies, was used to describe how Israel finds itself in the surprising position of being aligned with the likes of Saudi Arabia when it comes to the Islamic State threat.“We see great opportunity in the fact that the international community recognizes the threat of Islamic State and the threat of al-Qaida. That there is a coalition operating in the Middle East against this, is – I think – the most dramatic change [in the region] and the realization in the world that there is a problem that we have to fight together,” he said.This phenomenon presents an “opportunity” for Israel to “be ready to… create around us a ring of stability that will provide us with security,” he added.Israel’s strong security cooperation with Jordan and Egypt aside, Shefer said the inherent challenge with this new reality is that it is often difficult to differentiate between friends and enemies.“Back in the past it was easy to look at somebody and say, ‘Okay, he is a friend.’ It’s very tricky. It’s not easy to tell who’s a friend and who’s an enemy. You’ll find a friend that has a different agenda or different attitudes around you, so we’ve developed a concept of ‘frenemies.’” “Some enemies can be friends.It depends on the context,” he explained. 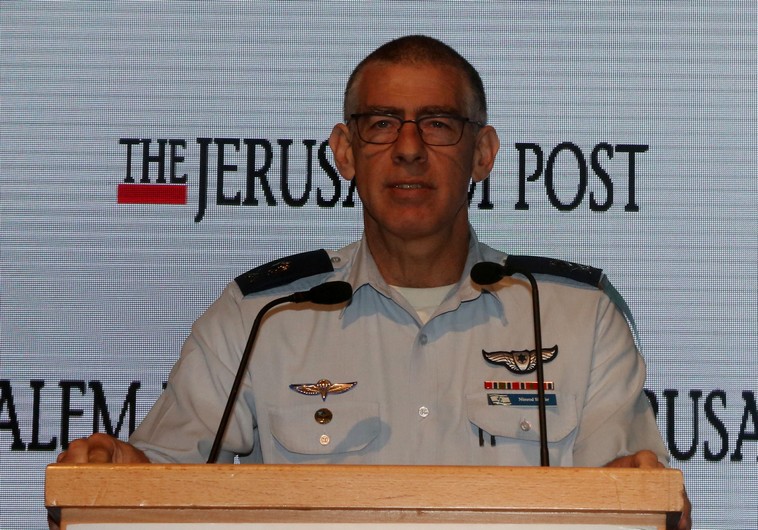 Nimrod Shefer.(photo credit: MARC ISRAEL SELLEM/THE JERUSALEM POST)On the Iranian issue, Shefer reiterated Israel’s hope that the P5+1 powers must do all they can to ensure Iran will not obtain a nuclear weapon.“We have to ask ourselves a very serious question about whether this kind of agreement with Iran will really prevent it from reaching its nuclear capacity… or will it be a cover for the next moves Iran will be able to do underneath the surface?” he asked, when referring to the upcoming agreement deadline now set for June of 2015.Another chief concern is Iran’s interests in Syria and support of Hezbollah.He specifically pointed to Hezbollah’s growing arsenal of rockets and missiles, funded in part by the Iranian regime. In the next round with Hezbollah, Shefer predicts, Hezbollah’s rockets will be “much more precise, [possess] much larger warheads” than Israel has seen in the past.To address these threats, Shefer said, the IDF – in conjunction with incoming Chief of Staff Gadi Eisenkot – will spend the next six months formulating a new security plan.“We must find a way to develop the right tools Israel needs. I hope, in the next sixth months – with a new chief of staff – [we will have] a good opportunity... to present a [security] plan for the next five years or maybe decade,” he said.