According to the World Bank, unemployment in the West Bank in 2016 stood at around 18%. 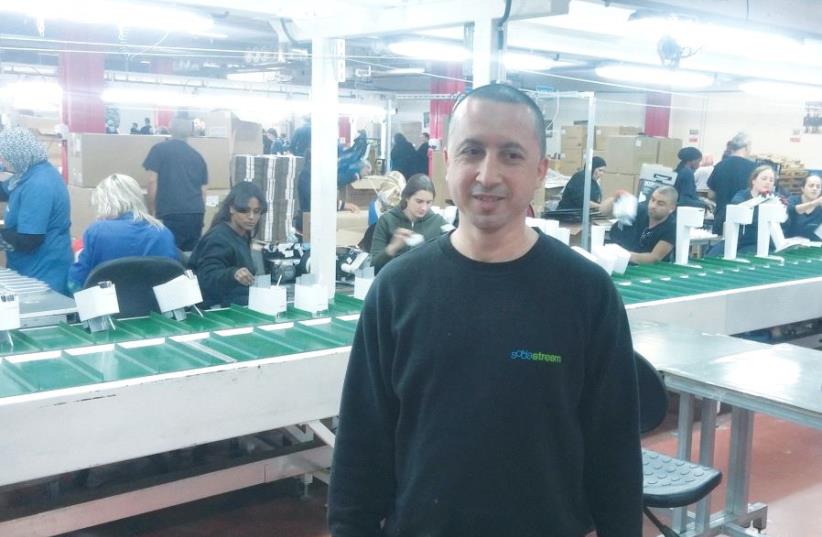 ALI JAFAR takes a break at the SodaStream factory in Rahat last year
(photo credit: DAVID BRINN)
Advertisement
The government is likely to approve 7,500 additional permits for Palestinians to work in Israel, a top general said on Thursday.Some 100,000-110,000 Palestinians currently work in Israel, including 30,000-40,000 laborers without permits, while 30,000 work in West Bank settlements.“There will probably be an approval of a government [measure] next week, which... would increase the number of work permits by 7,500,” according to Maj.-Gen. Yoav Mordechai, who heads the branch of the Defense Ministry that is responsible for liaising with Palestinians.A security official said the permits would only be granted to Palestinians in the West Bank.According to the World Bank, unemployment in the West Bank in 2016 stood at around 18%.Palestinian Authority Labor Minister Mamoun Abu Shahala said that while he has not been officially informed of the probable Israeli decision to increase work permits, he would welcome such a move.“The situation is difficult and unemployment is high,” he said in a phone call. “We would welcome any decision to raise the number of work permits.”Among many Palestinians, jobs in Israel are coveted as they usually pay better than comparable positions in the West Bank.