At the mourner's tent, the family of Nishat Milhem says they "would prefer for him to still be alive, to understand what caused him to kill people like he did." 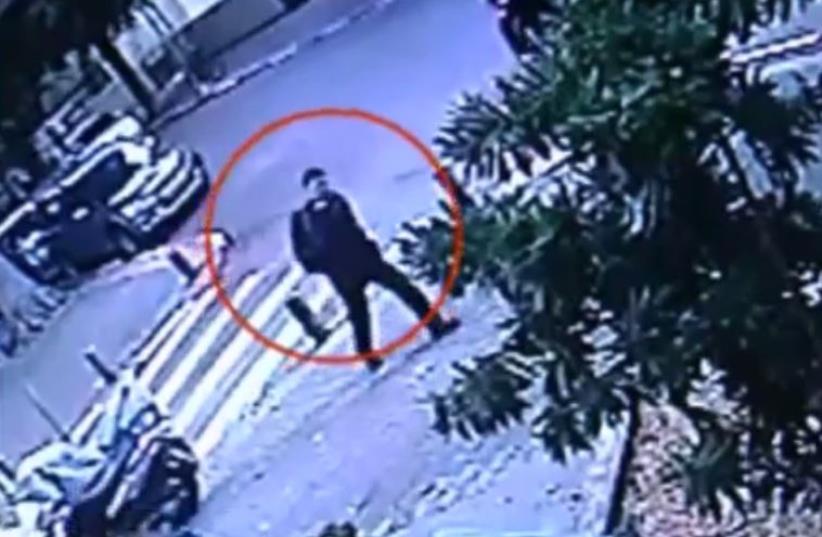 Tel Aviv gunman at Dizengoff Street
(photo credit: screenshot)
Advertisement
The family of Tel Aviv shooter Nishat Milhem opened a mourning tent on Saturday in the village of Arara in Wadi Ara, in his memory. Family and friends of Milhem declined to comment on the killing by security forces. "We do not know what the reasons were for Nishat to have committed the shooting attack," said family member Ahmed Milhem. "We would prefer for him to still be alive, to understand what caused him to kill people like he did.""We hope that the truth will come to light, especially when there are those who view the attack as nationalistically motivated. We need to check all of the options, including criminal," added the family member. "We want things to return to normal and to return to our daily routine. We decided to erect a mourning tent for a small number of family members and well-wishers, and the funeral will include only a limited number of family members."Jaman Sha'aban, brother of taxi driver Amin Sha'aban who was killed after the Tel Aviv attack, told Israeli newspaper Ma'ariv: "To each his own fate. Both were killed on that day and at that time, and took their secrets with them."Sha'aban said that the Milhem family tried to contact them but they refused to accept the call. "We went to the police to get the taxi CCTV film, because he used a new cab with a CCTV camera. His taxi worked with Ben-Gurion airport, and he traveled to the airport. That was the last trip of his life," he said. "We're supposed to get the video on the 29th of the month, as the court decided - until then we cannot choose what the future holds."Amin, 42, ​leaved behind three wives and 12 children. "On Friday afternoon his wife was had spoken to him, when suddenly the phone went. After about twenty minutes, someone from the police called and said that the car was intercepted, and it was in the direction of Tel Baruch," said Jaman. "We told the policeman that for 20 years he has been a taxi driver and would never leave the car like that. The policeman approached the cab and did not return. We called him again, and he did not answer. Amin did not answer either. Only nine at night, we received notice that he had been murdered. "According to Jaman, from Friday to Thursday not even a single police officer came to inform the family that Amin was killed. "The family heard about it from the media," said Jaman. "I don't know why they did that. Not a single government official came to comfort us, like they do to families of Jewish victims. The police told us that he was shot from the same weapon used by the murderer." "We will wait patiently until we are presented with the video for findings and evidence that he was indeed murdered by the terrorist."