One provision is meant to prevent situations whereby one lawyer representing multiple terrorists helps his clients coordinate their testimonies. 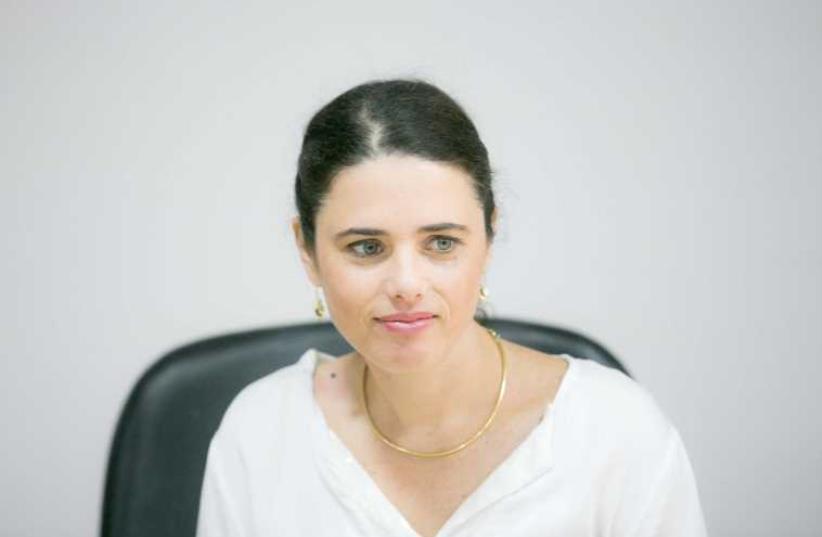 Ayelet Shaked
(photo credit: NOAM MOSKOVICH)
Advertisement
Zionist Union threw its support behind Justice Minister Ayelet Shaked’s anti-terrorism bill Wednesday, drawing criticism from opposition parties to its Left.The bill in question, originally proposed by MK Tzipi Livni (Zionist Union) when she was justice minister in the last government, was expected to pass after press time by a wide margin and is meant to reform the authority of the Shin Bet (Israel Security Agency) to fight terrorism.The 100-page proposal combines existing laws and replaces British Mandate orders that were treated as laws relating to terrorism.The bill defines terrorism according to three constituent elements: motivation, goal and harm. The motivation must be ideological, diplomatic, nationalist or religious. The goal must be to create public panic or to convince the government to make a certain decision or prevent it from doing so. Harm must be to a person – either physically or to his liberty – or to the public’s safety or health, or to property or infrastructure in a way that seriously hurts a person or the public, or to religious sites or figures.The legislation allows courts to convict terrorists based on things they said in interrogations, as opposed to only their testimony in court, allowing terrorists to be convicted even if they do not show up for their court date.One section of the bill extends the length of time during which terrorists can be barred from meeting their lawyers. While most criminals can be prevented from meeting an attorney for up to 30 days, under the proposed legislation, the attorney-general can authorize an extension for someone who committed a crime related to terrorism.The provision is meant to prevent situations whereby one lawyer representing multiple terrorists helps his clients coordinate their testimonies.Shaked (Bayit Yehudi) has described the bill as “stepping up the war on terrorism” and “allowing security forces to do justice with more terrorists.”Zionist Union voted in Wednesday’s faction meeting to support the bill, though MKs Merav Michaeli and Miki Rosenthal vocally opposed it and said it was undemocratic.A faction spokesman said the bill is not perfect, but he defended its democratic character, saying that it “gives a full and comprehensive response to the fight against terrorism that Israel faces and replaces old Mandatory orders, some of which are draconian” and that it “applies to terrorism of all kinds, Arab and Jewish.”“As we said many times, Zionist Union will not give up on even a comma when it comes to the security of the State of Israel,” he added.Meretz and the Joint List planned to vote against the bill, voicing opposition to it for the same reasons as Michaeli and Rosenthal and pointing to the prominence of hawkish voices in the Zionist Union as of late.“Members of the Zionist Union proved once again that they’re a party without a spine, afraid of its own shadow,” MK Esawi Frej (Meretz) said.According to Frej, rather than being an alternative to Prime Minister Benjamin Netanyahu, opposition leader Isaac Herzog (Zionist Union) is competing over who can be the toughest on terrorism, use the most nationalist rhetoric and support more “destructive bills.”“The result isn’t an alternative to Netanyahu, but an imitation of him, which makes that party less and less relevant,” he stated.MK Aida Tuoma-Sliman (Joint List) said that the bill’s broad definition of terrorism is “delegitimization by the government of the public that is allowed to fight against the policy of the occupation and mass social injustice that this government leads.“This bill continues a wave of fascistization,” she stated.“This bill is meant to anchor McCarthyism and political persecution in the law... [and] seriously harms the court’s oversight and ability to defend human rights.”Yisrael Beytenu and Yesh Atid planned to vote in favor of the bill.