The “Go and see” trips will be offered to synagogue congregations and other Jewish groups as part of their Israel trip itineraries. 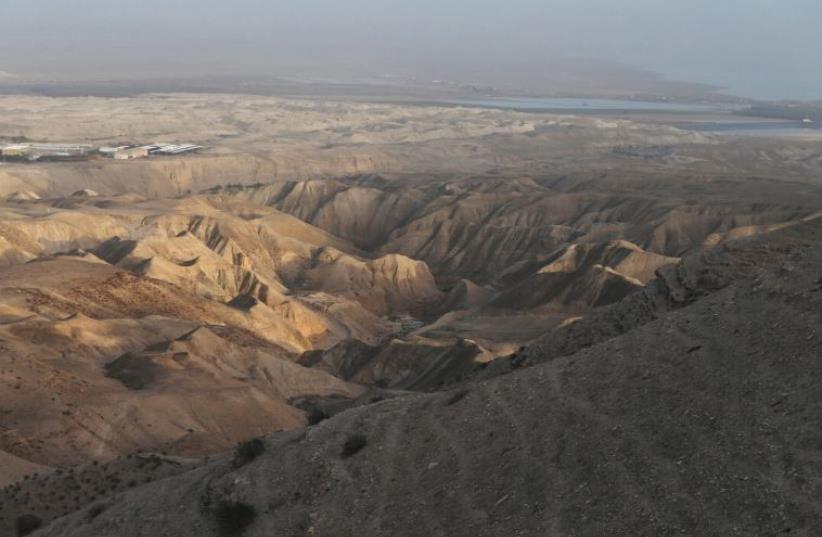 A view shows Jordan Valley near the West Bank city of Jericho
(photo credit: REUTERS)
Advertisement
NEW YORK – A US-based Jewish organizations and an Israeli one will soon offer American Jewish groups day trips to meet Palestinians in the West Bank.T’ruah: The Rabbinic Call for Human Rights, and the controversial group Breaking the Silence announced the joint initiative on Wednesday. The plan, funded by the Rockefeller Brothers Fund, aims to “empower more American Jews to meet both Palestinians and IDF veterans who have served in the territories, to listen deeply to their narratives, and to bring these perspectives into working toward a better future for Israelis and Palestinians.”The so-called “go-and-see” trips will include former IDF soldiers from Breaking the Silence, which has come under repeated fire from voices throughout the political spectrum for testimonies, some published anonymously, that accused the military of excessive force and corruption.T’ruah’s executive director, Rabbi Jill Jacobs, told The Jerusalem Post that the idea came about after T’ruah conducted similar trips for rabbis and rabbinical students. The organization then wanted “to go beyond the level of the rabbis,” she said. “It was important for rabbis and rabbinical students to have these experiences but they need to bring their communities along.”“Sometimes there is this dichotomy that either you care about Palestinians or you care about Israelis, but what’s actually true is that we need a solution that’s going to protect everybody,” she said. “So it’s very important to hear that the occupation is not only affecting the Palestinians who are trying to live in the West Bank but also Israelis, including soldiers who are risking their lives to be there.”Jacobs expects the partnership to draw criticism, but said “there is a real need for this kind of experience.” T’ruah will also engage in Jewish learning related to the issue of the Palestinian territories and the conflict.“The unfortunate truth of dealing with Israel and the occupied territories is that everything you say, somebody is going to criticize,” she told the Post. “It’s either too far to the right, or too far to the left. It’s ignoring the issues and at a certain point we have to say that actually we think that there is a value in these stories both from Palestinians and soldiers.”“It’s not gonna hurt anybody to come and see what’s happening,” she said.Jacobs said she hopes people who go on the trips will understand “the current situation of occupation is having a deadly effect on both Israelis and Palestinians.”“It’s literally killing us. It’s killing us both physically and it’s killing us morally,” she said. “It’s threatening Israel’s ability to survive, it’s violating the human rights of Palestinians every single day.”She believes Israeli presence in the West Bank is getting in the way of a two-state solution, a position her organization advocates.People can begin signing up now, but they expect the first trips to begin this spring.T’ruah and Breaking the Silence have partnered on past visits, including one to Hebron as part of a year-long program for rabbinic and cantorial students, another brought rabbis to the South Hebron Hills.