Solving the mystery of an ancient marine reptile mass graveyard

Known as Shonisaurus popularis, the species resembled a chunky dolphin that grew to at least 15.2 meters long and died in large numbers at one particular site some 230 million years ago. 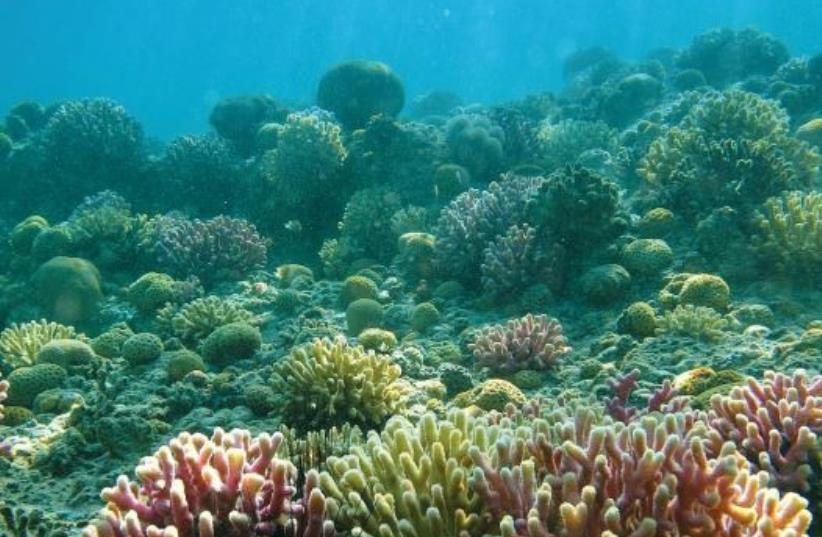 The mysteries of an ancient graveyard for dozens of massive prehistoric marine reptiles, located in what is now Nevada’s Humboldt-Toiyabe National Forest, has long been a source of debate among paleontologists.

The peer-reviewed study, published in the journal Current Biology, examines a rich fossil bed in the renowned Berlin-Ichthyosaur State Park in Nevada,

Scientifically known as Shonisaurus popularis, the species resembled a chunky dolphin that grew to at least 15.2 meters long and died in large numbers at one particular site some 230 million years ago.

Until now, researchers suggested the a mass stranding event may have been the cause for the unusual mass resting place, or that the ichthyosaurs were poisoned by toxins from an algal bloom.

The research team believes their findings shed light on a fascinating aspect of the reptile species reproductive behavior, which is even shared by some of today’s marine mammals.

“We present evidence that these ichthyosaurs died here in large numbers because they were migrating to this area to give birth for many generations across hundreds of thousands of years,” Smithsonian’s National Museum of Natural History curator of fossil marine mammals Nicholas Pyenson, a co-author of the study, said.

“We present evidence that these ichthyosaurs died here in large numbers because they were migrating to this area to give birth for many generations across hundreds of thousands of years.”

“That means this type of behavior we observe today in whales has been around for more than 200 million years.”

Today’s marine giants, such as blue and humpback whales, routinely make mass migrations to breeding grounds across the ocean to reproduce and give birth in areas where predators are scarce, with many such migrations happening at the same stretches of coastline, year after year along.

“There are other examples of ichthyosaur embryos and newborns, but this is the first time we have strong evidence for reproductive grouping behavior,” said study coauthor Randy Irmis, chief curator and curator of paleontology at the Natural History Museum of Utah in Salt Lake City.

“We know this is something many large marine vertebrates exhibit in the present, so it makes sense that simialr behavior occurred in the past. But we really didn’t know how far back, especially with extinct animal groups like ichthyosaurs, that have no close living relatives,” Irmis said in an email to CNN.

To try to solve why exactly these prehistoric reptiles died en masse, the team combined modern paleontological techniques such as geochemistry and 3D scanning along with traditional paleontological perseverance by poring over archival materials, photographs, maps, field notes and rifling through drawer after drawer of museum collections for shreds of evidence that could be reanalyzed.

“When I first visited the site in 2014, my first thought was that the best way to study it would be to create a full-color, high-resolution 3D model,”  Neil Kelley, Vanderbilt University scientist and former Smithsonian’s National Museum of Natural History Peter Buck postdoctoral fellow said. “A 3D model would allow us to study the way these large fossils were arranged in relation to one another without losing the ability to go bone by bone.”

The team examined the chemical makeup of rocks surrounding the fossils and found no evidence of any sudden increases in organic matter, such as algae, that might have starved the creatures of oxygen.

Geological evidence also suggested the ichthyosaurs’ bones had sunk to the bottom of the sea, which then covered much of present-day Nevada, rather than along a shoreline shallow enough to suggest the marine reptiles had beached themselves.

These geochemical tests revealed no signs that these ichthyosaurs perished because of some cataclysm that would have seriously disturbed the ecosystem in which they died.

Even more telling, though the area’s limestone was chockfull of large adult Shonisaurus specimens, other marine vertebrates were scarce.

“There are so many large, adult skeletons from this one species at this site and almost nothing else,” Pyenson said. “There are virtually no remains of things like fish or other marine reptiles for these ichthyosaurs to feed on, and there are also no juvenile Shonisaurus skeletons.”

The research team found a key piece of the puzzle when they discovered tiny ichthyosaur remains among new fossils collected at BISP and hiding within older museum collections. Careful comparison of the bones and teeth using micro-CT X-ray scans at Vanderbilt University revealed that these small bones were in fact embryonic and newborn Shonisaurus.

“Once it became clear that there was nothing for them to eat here, and there were large adult Shonisaurus along with embryos and newborns but no juveniles, we started to seriously consider whether this might have been a birthing ground,” Kelley said.

The authors concluded that the area must have been a preferred birthing habitat for the prehistoric creatures — and that the high number of fossilized remains was a result of the high numbers of ichthyosaurs that congregated there, perhaps over millions of years, to give birth.

“This is a clear ecological signal, we argue, that this was a place that Shonisaurus used to give birth, very similar to today’s whales. Now we have evidence that this sort of behavior is 230 million years old,” Pyenson said.