A Look Back: The history of Israel as told through Facebook 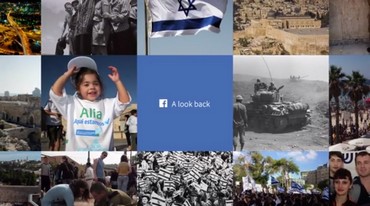 Every person who dabbles in social media is aware of a recent Facebook campaign, inspired by the website's 10 year anniversary. The company has been producing personalized videos called, "A Look Back," focusing on all your most successful and well-liked Facebook pictures, posts and statuses.Jerusalem U, an innovative non-profit organization, saw the attention Facebook's latest "A Look Back" videos were attracting, and thought,  "If Israel had a Facebook account, what would Israel’s 'A Look Back' video look like?." The YouTube video clip, a collage of moving photographs and quotes meant to evoke support for the Jewish Homeland, has received almost 28,000 views in it's first two days on the internet. 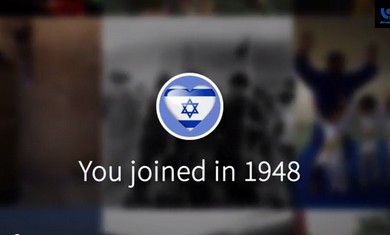 Jerusalem U's mission is to "break old molds through the creative use of technology and film, the group wrote in a statement. "We are creating new approaches to Jewish education."Jerusalem U Founder and CEO Rabbi Raphael Shore said the group isn't bound by "traditional
constraints.""Creative use of technology and film can open new vistas and bring about cutting edge ideas. We use the power of film to educate and inspire to young Jews and to connect them to Israel and their heritage,” he also said.
Advertisement
Subscribe for our daily newsletter