The America Factor: How Israel is trying to rebrand itself with reality TV

From American Idol to The Voice, Israel has jumped on the reality TV bandwagon one singing competition at a time. 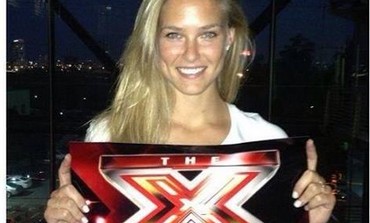 Israel is good at a lot of things. Being America isn’t one of them. But that sure doesn’t stop them from trying.The Hollywood Reporter on Wednesday reported that the premier of the X Factor Israel drew in record ratings, higher than any other show on Israel’s Channel Two. One thing is for sure: Israel loves reality TV almost as much as America.I turned on my TV Saturday night, part of my regular evening routine, and a whole 4 hours before the planned premier of the X Factor Israel, on the top right hand side of the television screen, a countdown. Seriously? Israelis counted down to Saturday evening in a manner that can only be described as, well, American.Over the last decade or so, reality shows have become somewhat of a religious experience for young Americans, and more recently for young American wannabes, and no I don’t mean the Spice Girls.From American Idol to The Voice, Israel has jumped on the reality TV bandwagon one singing competition at a time.From hearing teenage girls at the beach blush about Moshe Peretz, or the arsim (Israeli term for sleazy men) on Allenby argue who could pick up Shiri Maimon, over the last few weeks, every corner of the country had something to say about the new show, however one name stood out among the others. It was no secret that this show would introduce a new symbol of the Israeli media: Bar Refaeli.The woman who had the honor of dating American heartthrob Leonardo DiCaprio, has become somewhat of an aspiration for young Israeli girls, and that is the reason everyone is so fascinated with the X Factor Israel.What young Israeli does not want to break out of the Middle East in to the fabulousness and glamour of American Hollywood? Bar did it, and the X Factor Israel gives hope to young Israelis that they, too, can date Leo DiCaprio.The question remains, however, whether Bar Refaeli is an accurate representation of Israel. It seems that she has branded the X Factor Israel as a shining beacon of hope for young Israelis that they can become something better, and better has been defined by the Israeli media as Bar Refaeli- the Israeli who made it in America.The show’s contestants are quite the mixed bag. In the first episode alone, the show went from a 17-year-old party girl to a middle-aged Pilipino nanny, and then a young boy with Autism; a diverse group, many who are Israeli and many who are not. Just like the American counterparts of the show, X Factor Israel displays the country as a peaceful multi-cultural wonderland.Israel constantly faces attack over many national issues and its image and reputation is always challenged. Discrimination is usually a central issue within the country, and focusing on its diverse acceptance in simply a fabrication of the real hardships Israel constantly faces. In a country that was once defined by war and bloodshed, suddenly arises a new sexy Bar Refaeli inspired image. It’s not hard to say which is more attractive.I can’t lie. I watched it. In fact, I was counting down also (although embarrassed to admit it). But it wasn’t for the embarrassing auditions, the famous judges or that I was actually interested in the program. There is no denying that Bar Refaeli is the real reason everyone is watching.I have never really completely understood this. Is America really all that and a bag of chips? As a Canadian, I must say that it amuses me when Israeli’s are so overly obsessed with American culture. They so easily fall into the trap of glitzy Hollywood that they believe it is their only way to redeem their reputation in the Middle East and the entire world. Hey, if it works for America, why not Israel?

The author is a Canadian-Israeli living in Tel Aviv. She is a presenter for JPost TV and a breaking news editor for JPost.com. Follow this column each week as she dissects the intricacies of Israeli reality television.
Advertisement
Subscribe for our daily newsletter