He was reportedly affiliated with the Syrian military and Hezbollah.

A Syrian militant working with the Syrian Army was killed in an alleged Israeli drone strike in Quneitra in southwestern Syria on Wednesday, according to Syrian state news agency SANA.

The strike reportedly targeted a location west of Hader, near the Israeli border and the city of Majdal Shams. Initial reports by Syrian media indicated that the militant killed in the strike was named Farid Fouad Mustafa.

According to SANA, Mustafa was near his home when a guided missile was fired toward him from the Israeli Golan Heights.

The opposition-affiliated Halab Today TV reported that Mustafa was “one of the most prominent figures of the [Assad] regime in the city of Hader” and conducted military operations with Syrian soldiers and the National Defense Forces militia. He was also linked to Hezbollah, according to the report.

Mustafa had a large role in suppressing Syrians who were rebelling against the regime of President Bashar Assad in southern Syria, according to the report. 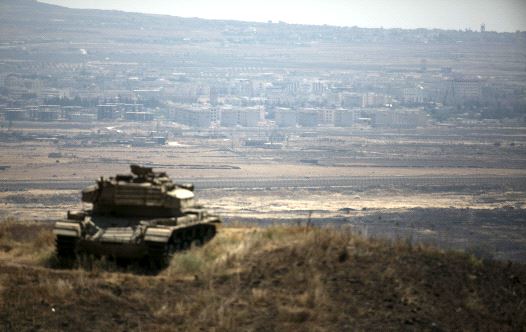 The Syrian area of Quneitra is seen in the background as an out-of-commission Israeli tank parks on a hill, near the ceasefire line between Israel and Syria, in the Golan Heights. (credit: BAZ RATNER/REUTERS)

Nour Abo Hasan, a journalist from the Syrian Golan, reported that Mustafa was active with Hezbollah’s Southern Command and worked under senior Hezbollah official Hajj Hashem. According to Hasan, Mustafa was shot by an Israeli sniper as Israeli reconnaissance drones flew in the area.

The IDF has reportedly targeted Quneitra multiple times in recent months as part of efforts to combat Hezbollah’s “Golan File,” which aims to develop and entrench forces along the border with the Golan Heights in Syria in order to attack Israel.

In October, Madhat al-Salah, a Syrian man who spent time in an Israeli prison for terrorist activities, was killed near Hader in an attack blamed on Israel.

In May, a strike targeted the Qurs al-Nafl site. Another strike targeted sites in Jubata Al Khashab and Az-Zuhur, areas where both the Syrian military and Hezbollah operate.

On Saturday, two Syrian civilians were wounded in an alleged Israeli airstrike targeting sites near the coastal city of Tartus, the Syrian military said. Reports by opposition-affiliated media claimed that air-defense batteries from Iran were targeted in the strike.