Hezbollah stepped up accusations against the LF on Friday, saying it killed the seven Shi'ites to try to drag the country into a civil war.

The head of the Christian Lebanese Forces party (LF) denied late on Friday his group had planned street violence in Beirut that killed seven people, and said a meeting held the day before was purely political.

Thursday's violence, which began as people were gathering for a protest called by Shi'ite Muslim group Hezbollah against the judge investigating last year's Beirut port blast, was the worst in over a decade and stirred memories of the country's ruinous sectarian civil war from 1975-90.

Samir Geagea told Voice of Beirut International radio that a meeting held on Wednesday by a political grouping the LF belongs to had discussed action options should Iran-backed Hezbollah succeed in efforts to remove the judge.

Geagea said the option agreed upon in that event was to call for a public strike, and nothing else.

The powerful Hezbollah group stepped up accusations against the LF on Friday, saying it killed the seven Shi'ites to try to drag the country into a civil war.

The violence, which erupted at a boundary between Christian and Shi'ite neighborhoods, has added to concerns over the stability of a country that is awash with weapons and grappling with one of the world's worst-ever economic meltdowns. 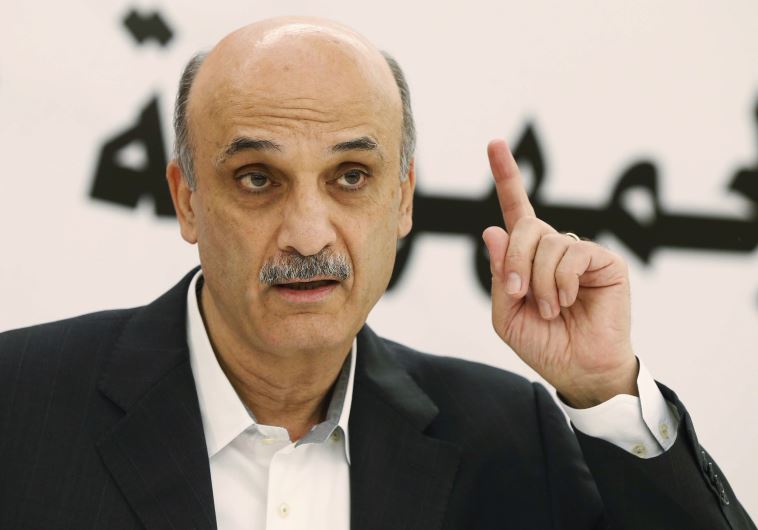 Asked whether the presence of LF members in the areas of Ain al-Remmaneh and Teyouneh, where the shooting erupted, meant the incident was planned, Geagea said they were always present in these areas.

The security coordinator in the party contacted the authorities when they heard a protest was planned and asked for a heavy military presence in the area "as our priority was for the demonstration to pass by simply as a demonstration and not affect civil peace," Geagea said.

Geagea said his party was assured that would be the case. "The army has arrested snipers so they need to tell us who they are and where they came from."

Nineteen people have been detained so far in relation to the incident.

Geagea, whose party has close ties to Saudi Arabia, also criticized President Michel Aoun over a phone call between the two during the incident.

"I didn't like this call at all," Geagea said, saying Aoun implicitly made the same accusations of involvement that Hezbollah has by asking him to calm down the situation. "This is totally unacceptable."