The new bill will feature a likeness of poet Natan Alterman. 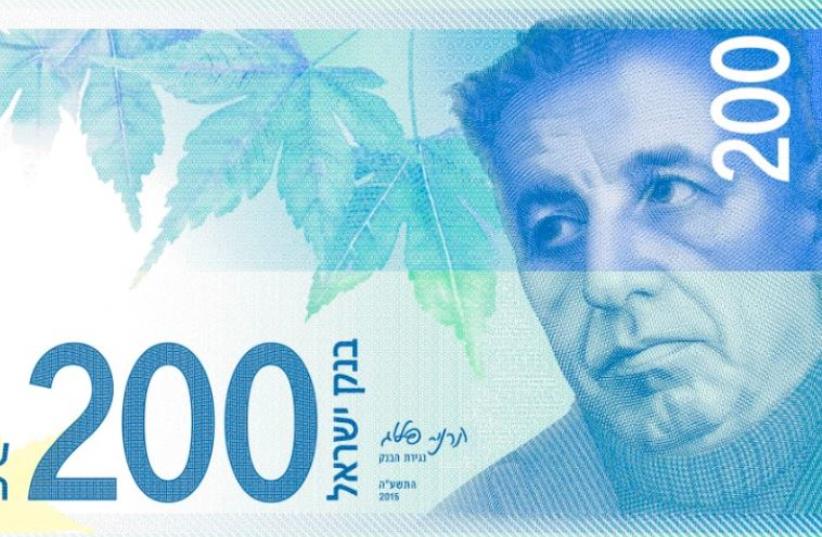 New 200 shekel bill
(photo credit: COURTESY OF THE BANK OF ISRAEL)
Advertisement
English tradition advises brides to wear something old, something new, something borrowed and something blue for good luck. Starting in December, Israel’s newest banknote will fit the bill, fulfilling all the criteria in its own way.The Bank of Israel on Monday announced that the blue NIS 200 note featuring Natan Alterman, as well as autumn leaves, moonlit flora and segments from the poems “Morning Poem” and “Eternal Meeting,” will be put into circulation in December.Operators of vending, counting and sorting machines, which received samples of the notes in June to calibrate their equipment to read the new currency, were ready for its introduction, the central bank said, adding that it would announce a specific date soon.The new series of notes, dubbed series C, contains new security features, as well as differentiated sizes and raised ink to help the visually impaired tell them apart.The first note in the series, the green NIS 50 bill featuring Shaul Tchernichovsky, went into circulation in September 2014.The remaining two notes to be released in the series will both feature women. The red NIS 20 bill will have an image of Rachel the Poetess, while the orange NIS 100 note will feature Leah Goldberg.The old notes will remain in circulation for several years as the bank phases out them out in favor of the new ones.