Olim hope to build up the demolition recycling industry in Israel

Currently, the process of breaking down building materials takes a crew of about 30 people and lasts weeks to process the materials. 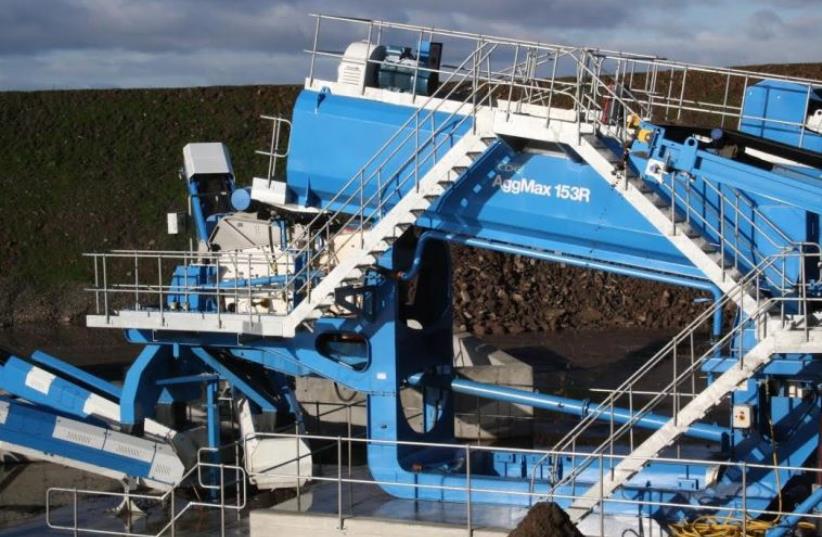 A CDE Global deomlition recycling facility that could be built in Israel
(photo credit: CDE GLOBAL LIMITED)
Advertisement
Visitors to cities big and small around Israel likely notice that construction sites seem to be everywhere these days. But what happens to the old buildings that come down? Ideally, it goes to landfills. In reality, construction companies that don’t want to pay the fee dump the waste illegally. This reporter has even seen surplus construction material simply buried underground in the fields next to building sites.Two veteran olim are hoping to change what happens in the process by bringing advanced construction recycling to Israel.According to Jack Shebson, who teamed up with business partner Chaim Milun, the type of recycling currently available creates only low-quality material, such as gravel used for filling in underneath roads.However, Shebson and Milun are seeking ways to recycle demolition materials in a better way. Speaking to The Jerusalem Post on Wednesday, Shebson said that the technology he would hope to bring over using CDE Global – an international company specializing in construction and demolition waste recycling – would speed up the process and make it more eco-friendly along the way.The idea isn’t a new one at all, he pointed out: Ancient Egyptians were doing this in the time of Ramses. “If they demolished a building and saw it had a good base, they would reuse it.”Currently, the process of breaking down building materials takes a crew of about 30 people and takes weeks to process the materials.The recycling plants the pair hope to bring to Israel would slash the processing time down to four minutes and require only a handful of people.Another interesting feature of some of the plants is mobility. “A company can use the plant for two or three years then replant it to another part of Israel (for another company to use),” he said. He estimates that there could be a use for about five or six static demolition recycling plants around Israel, with another four or five which would be mobile.Before Shebson made aliya from the UK in 2006, he had his own corporate financing house, and one of his customers was a major government contractor handling construction waste.That experience inspired him to bring the concept to Israel. After his first attempt in 2008, the idea was shut down by government officials. After shelving the idea for a few years, Sh