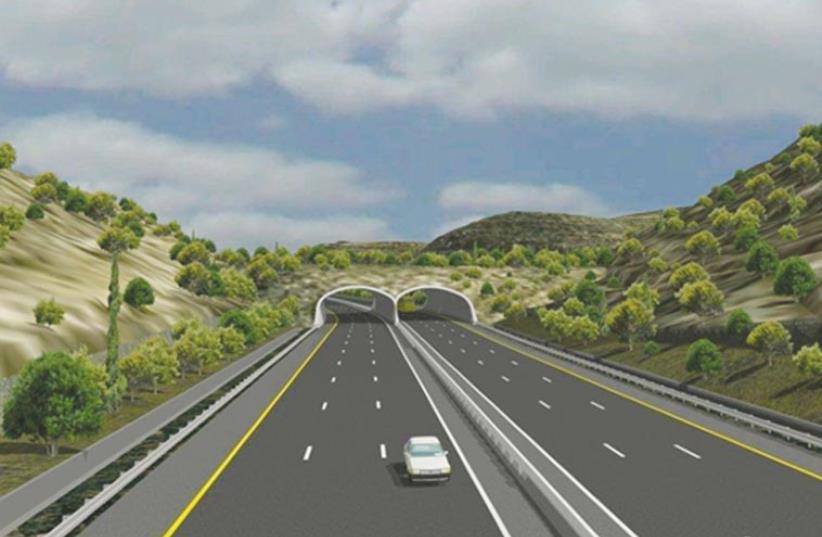 A new road to Jerusalem
(photo credit: TRANSPORTATION MINISTERY)
Advertisement
By the time the Transportation Ministry sent out its latest roadway fatality report on Sunday, the statistics were already outdated.In the morning, a truck hit a cyclist near the Kfar Shmaryahu Interchange and Route 2. The 40-year-old man was taken for treatment but soon pronounced dead.Though that was the weekend’s only fatality, it was not the only crash. Also on Sunday, a teenager riding an electric scooter was hit by a car and sustained moderate injuries in Ness Ziona, and the day before, a man in his 20s was seriously injured in Tel Aviv while riding an electric bicycle.Sixty-six people have been killed on the roads since January 1, according to the Transportation Ministry. The National Road Safety Authority, added that of those 66, six people were killed in bicycle crashes. Two of the bike fatalities involved electric bikes.The figures were, however, slightly lower than in the same period in 2015, when 73 people were killed.The roads are also dangerous for those on foot; 19 pedestrians have been killed so far this year, according to the NRSA.In February, MK Eitan Cabel told the Knesset Road Safety Subcommittee that “every part of the road is a war zone,” and he stressed on several occasions that more people were killed in car accidents in 2015 than by terrorists.Last week, the Knesset Finance Committee approved new safety rules for electric bikes and scooters that include an elevated minimum driving age of 16, require scooter drivers to wear helmets, and set a maximum scooter speed of 25 kilometers per hour. The rules take effect for electric cyclists in April, and for electric scooters in July.Yaniv Jacob, who heads traffic safety organization Or Yarok’s public policy department, told The Jerusalem Post that regulations approved last week are good but will not be effective unless there is better police enforcement, designated lanes for cyclists and expanded helmet requirements.He added, however, that he does not expect these things to happen anytime soon since the police, he said, do not have enough manpower to enforce the new guidelines.