Nazareth to host central 'World Day of the Sick' event

"Illness offers a key by which we can discover the deepest meaning of what we are experiencing," Pope says. 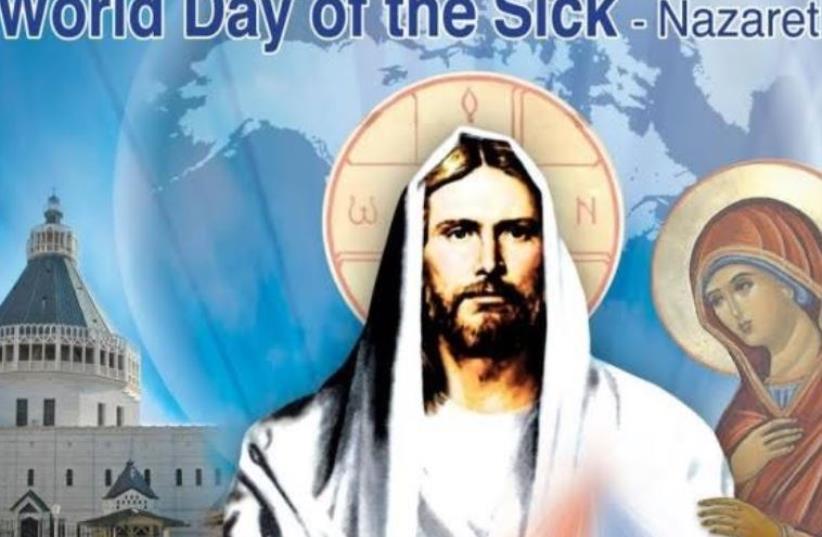 Poster for World Day of the Sick in Nazareth
(photo credit: ASSEMBLY OF CATHOLIC ORDINARIES OF THE HOLY LAND)
Advertisement
Nazareth is set to hold the central World Day of the Sick event on February 11, the Assembly of Catholic Ordinaries of the Holy Land has announced. Pope John Paul II established World Day of the Sick a year after being diagnosed with Parkinson’s disease. Since February 11, 1993, the Catholic Church celebrates the date every year on the commemoration of Our Lady of Lourdes. For all believers it is said to be “a special time of prayer and sharing, of offering one’s suffering,” as was told in the initiative's original message from 1993. The 'city of the Annunciation' is slated to welcome a Pontifical delegation mandated by Pope Francis. The theme of this year’s feast is “Do whatever He tells you” (John 2:5). In the Pope’s message ahead of this year's 24th World Day of the Sick, Francis urged his brothers and sisters and all those involved in taking care of the sick to promote peace.“Every hospital and nursing home can be a visible sign and setting in which to promote the culture of encounter and peace, where the experience of illness and suffering, along with professional and fraternal assistance, helps to overcome every limitation and division,” he said.The pontiff said that illness, and especially severe illness, always places human existence in crisis and brings with it questions that dig deep. “Our first response may at times be one of rebellion: Why has this happened to me? We can feel desperate, thinking that all is lost, that things no longer have meaning,” he said. “In these situations, faith in God is on the one hand tested, yet at the same time can reveal all of its positive resources. Not because faith makes illness, pain, or the questions which they raise, disappear, but because it offers a key by which we can discover the deepest meaning of what we are experiencing.”In 2005, Pope John Paul II died on the commemorative day, and on its observance in 2013, Pope Benedict XVI announced that he we would be stepping down as pontiff due to health reasons. This year’s celebrations will take place February 7-13 in Nazareth, Jerusalem, Bethlehem, Ramallah, Haifa and Mount of the Beatitudes.The full program can be found on the Latin Patriarchate of Jerusalem's website at http://en.lpj.org/sign up to our newsletter