Today in history: The Dutch officer who refused to round up Jews 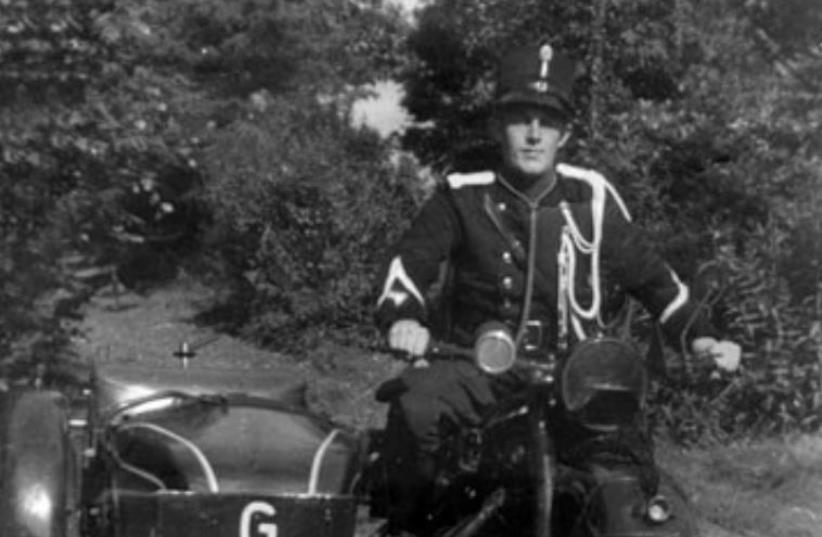 Henk Drogt in his police uniform
(photo credit: YAD VASHEM)
Advertisement
On March 9, 1943, Dutch policeman Hendrik “Henk” Drogt refused to comply with an order to arrest seven Jews in Grootegast.The Nazis gave the local Marechaussee officers orders to bring the Jews to the nearby city of Groningen, but the 11 officers tasked with the duty refused. At first they gave excuses, saying the Jews in the area were sick, and they even brought a doctor to authenticate the story on their behalf. Not having convinced their superiors, the commanders began pressuring them one-on-one and even threatened the MPs with deportation to concentration camps. They wouldn’t budge, however. All of them refused and were taken to the Kamp Vught concentration camp (also known as the Herzogenbusch concentration camp). All except one. After abandoning the police unit, Drogt managed to escape and subsequently joined the Dutch resistance. During his time on the Nazis’ wanted list, he was able to help smuggle downed Allied pilots to the Belgian border where they could escape to Britain. Also, working at night around the towns of Grijpskerk, Kommerzijl and Pieterzijl – in between the main northern cities of Groningen and Leeuwarden – Drogt helped move Jews to safety by taking them from hiding spot to hiding spot.
Not long after, however, the Nazis tracked down Drogt and other resistance members in August 1943. After being held up in the Oranjehotel prison in Scheveningen, the 24-year-old was put on trial and sentenced to death. Before his execution on April 14, 1944, he wrote to his family:“Dear all, I have to tell you the worst – today I and my friends got the death sentence. It is terrible that we have to part from all those who are dear to us in this way… I always had hope that I could be with you for one more time, but the Lord wanted differently…”Decades after the war, in 1988 Yad Vashem recognized the officers as Righteous Among the Nations, but because Drogt had managed to escape he wasn’t on the list submitted to the Commission for the Designation of the Righteous.Twenty years later, El Al pilot Mark Bergman met Drogt’s son, Henk Brink, on a flight to South Africa. Brink told Bergman the stories that he had heard from his mother about the father whom he had never met, and Bergman in turn advised Yad Vashem of the former military police officer’s courageous deeds.   Finally, on Monday September 22, 2008, Yad Vashem posthumously named Drogt as a Righteous Among the Nations, recognizing the brave acts he had done to save members of the Jewish faith.  According to Holocaust historian Mordecai Paldiel’s “Churches and the Holocaust: Unholy Teaching, Good Samaritans, and Reconciliation,” in his post-war trial Gestapo chief Willi Lages explained that without the cooperation of the Dutch police the Nazis wouldn’t have been able to track down even 10 percent of Dutch Jewry. Despite the Dutch-Nazi collaboration, including the Henneicke Column, which received a monetary bonus for every Jew they turned in, the Netherlands’ 5,516 Righteous Gentiles recognized by Yad Vashem is the second highest after Poland’s 6,620.To learn more about Jewish-Christian relations, check us out at @christian_jpost, on Facebook.com/jpostchristianworld/ and see the best of the Holy Land in The Jerusalem Post - Christian Edition monthly magazine.sign up to our newsletter