The conference at the 16th arrondissement’s city hall on Thursday celebrated Israel’s 60 years of international cooperation. 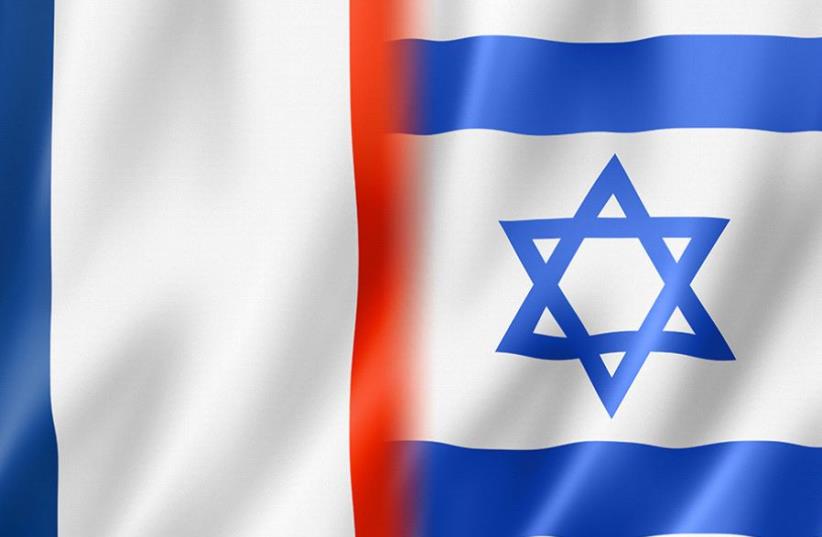 France and Israel flags
(photo credit: INGIMAGE)
Advertisement
PARIS – Representatives of African embassies, senior French officials and Israeli experts gathered in western Paris to discuss Israel’s long tradition of international assistance and cooperation, and offer insights for future cooperation.The conference at the 16th arrondissement’s city hall on Thursday celebrated Israel’s 60 years of international cooperation.For Ambassador to France Aliza Bin-Noun, this is an especially moving moment.“When I started my diplomatic career, I chose to be first posted in Swaziland. During my four years there we managed to get Israeli experts for all sorts of development projects in Swaziland, and send many Swazis to Israel for training courses in agriculture, health systems, education and more,” she says.Gil Haskel, head of Mashav: Israel’s Agency for International Development Cooperation, explains to The Jerusalem Post that the Paris event is the first in a series of events to take place in the coming months.“Mashav was founded in 1957; 60 years of cooperation with countries all around the world, and mostly in Africa. We have decided to start our 60th-year events here, in France, to celebrate our cooperation with the French Development Agency AFD in Cameroon. We are working together with the French on a wonderful project there of encouraging youth to engage in the agriculture sector. Rejuvenating the agricultural sector in Cameroon and elsewhere is a crucial step in the fight against food insecurity.”Haskel added that he intends to meet with several AFD and French Foreign Ministry officials while in Paris, in order to expand the Israeli-French cooperation in Africa to many other countries. “Our cooperation with European countries is essential. We have been cooperating for many years with the Dutch, the German, and the Italians.”Dov Zerah, world-renowned expert on development projects and former head of the French Development Agency, says that “Israel and France are complementary, and it is logical to cooperate. First, there is the issue of Israel’s technological innovation in agriculture, like smart drip irrigation. Israel has developed exceptional irrigation solutions for arid regions.And there are many other examples, of course. And then there is the issue of expertise.Israel operates mostly though experts being sent to Africa to teach and establish development programs. We, the AFD, are acting as a bank financing such projects. Over the years, we have witnessed a decline in the number of our experts sent to such projects. So there is a vast field of possible cooperation between the two agencies.”Speaking at the conference, Guinea’s Ambassador to France Amara Camara says that “It is important to understand that these days that Africa does not need help; it needs partners.”Camara hails the establishment of diplomatic ties between Israel and Guinea in 2016, but emphasizes that the two nations cooperated well before the renewal of diplomatic relations. He wishes to extend the bilateral cooperation well beyond fighting the Ebola virus, into the fields of agriculture, health, commerce and education.