This is the first time the temple had been targeted by a Hate group. 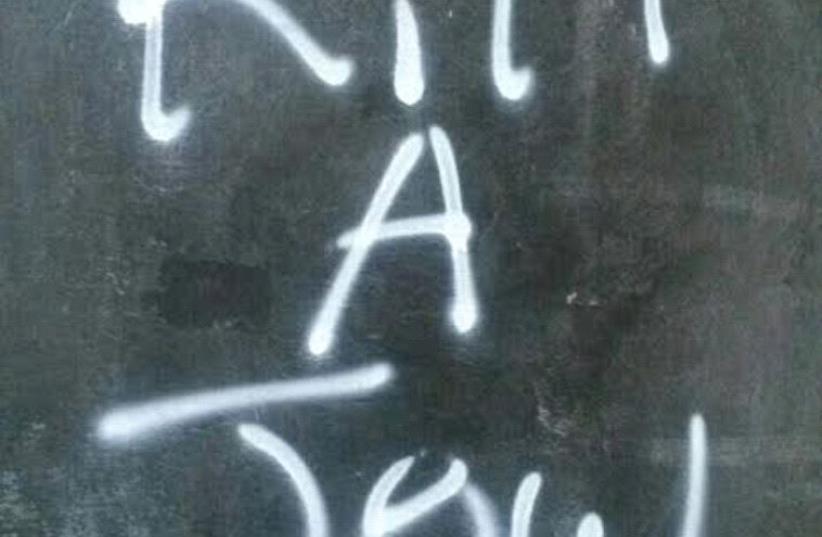 'Kill a Jew' graffiti found at a university in South Africa
(photo credit: Courtesy)
Advertisement
Anti-Semitic posters were pasted to a synagogue in suburban Sacramento, California.Members of Temple Or Rishon on Saturday morning discovered about 10 to 15 of the hate posters stuck to the building, The Sacramento Bee reported. They were placed on the building overnight between Friday and Saturday.The vandalism attack was reported to the Sacramento Sheriff’s Department and the FBI, according to the report.Security camera footage is being reviewed, the temple’s president, Kimberly Olker, told local NBC affiliate KCRA, Channel 3 news.Rabbi Alan Rabishaw told the Bee that he has received messages of support from community leaders and leaders of the Muslim community. He said it is the first time the temple, which serves about 275 families, has been targeted.He told the newspaper the temple will not change how it operates in response to the attack.“They’re not in control, not even a little bit. We’re not hiding, we’re not afraid. We just do what we do with joy and peace in our hearts,” he said.