A study detailing a Jewish professor's personal experiences with antisemitism was published soon after the dean apologized for 20th-century quotas on Jewish med school applicants. 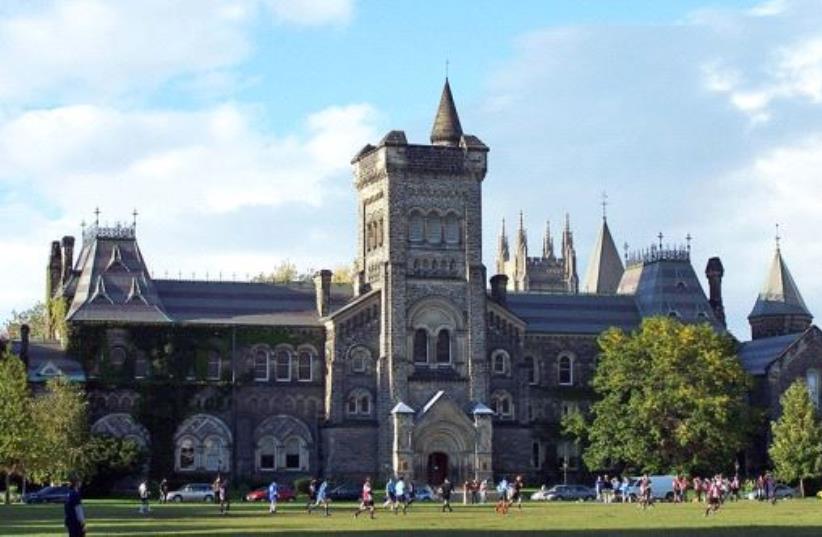 Jewish-Canadian professor Dr. Ayelet Kuper detailed her personal encounters with antisemitism and discrimination throughout her tenure at the University of Toronto (U of T)  in a peer-reviewed study published earlier this week by the Canadian Medical Education Journal.

“While I describe in this paper my personal experience of discrimination, my purpose is not to name or shame the behavior of the individuals (whom I will not name) who perpetrated that discrimination,” the former senior adviser on antisemitism and current associate professor at the university's Temerty Faculty of Medicine (TFOM), writes in the study. "My goal is to call attention to a growing social justice issue that is larger than any individuals.”

“It is, put plainly, the equivalent of a group of white people telling Black people how to define anti-Black racism–and it is just as unacceptable”

Kuper cites what was perhaps the most well-publicized antisemitic event at TFOM this year, when the honorable Irwin Cotler, a former Canadian federal justice minister, attorney-general and current Canadian Special Envoy on Preserving Holocaust Remembrance and Combatting Antisemitism, gave a speech at TFOM on International Holocaust Remembrance Day.

Months after Cotler’s speech, a previously confidential letter signed by 45 U of T faculty members falsely accusing Cotler of attempting to oppress Palestinians and of using a definition of antisemitism forbidden by U of T was leaked. School leadership never publicly responded to the letter, so TFOM’s Jewish community partnered with a local Jewish physician group to draft an open letter explaining why the leaked complaint was antisemitic; they convinced over 300 TFOM faculty members to sign this letter.

“It is, put plainly, the equivalent of a group of white people telling Black people how to define anti-Black racism–and it is just as unacceptable,” Kuper says in regard to the leaked complaint’s condemnation of Cotler’s definition of antisemitism.

Antisemitism on the rise in Canadian universities

While most blame the TFOM's antisemitic environment on the recent conflicts in Gaza, “hateful attitudes about Jews have been on the rise at TFOM for at least three years.”

In the years prior to the war in Gaza, Kuper reports overhearing colleagues belittling the Holocaust, hearing about non-Jewish students believing their Jewish classmates had the power to block their residency matches, and having to address the refusal of student groups to provide kosher food at TFOM events. She also details personally experiencing antisemitism on campus in the form of accusations that she lies to, oppresses, and controls others for her own personal gain. Kuper has even been told, “that antisemitism can’t exist because everything Jews say are lies, including any claims to have experienced discrimination.”

“Dr. Kuper’s experiences with antisemitism are not unique, but they are deeply disturbing.”

“Growing support for antisemitism at TFOM has been carefully re-framed since the spring of 2021 as political activism against Israel and as scholarly positions held under the protection of academic freedom,” explains Kuper.

“Calling someone a Zionist in the Canadian context is almost the same as calling them a Jew,” Kuper says, citing recent data that 79% of Canadian Jews define themselves as being emotionally attached to Israel. “Nonetheless, there are those at TFOM who have insisted (to me and to others) that [Zionist] means various racist and hateful things, ranging from ‘hating  all  Muslims’ to ‘wanting to murder all Palestinians.’ Such false definitions are then used to justify hatred of any Jews who ‘admit’ to being Zionists.”

The rise in antisemitism at U of T reflects an increase in Canada as a whole: A record 2799 verified anti-Jewish hate crimes were committed in Canada in 2021. Following the mainstreaming of antisemitism by celebrities Kanye West and Kyrie Irving, the number should only continue to rise.

“Dr. Kuper’s experiences with antisemitism are not unique, but they are deeply disturbing,” said Noah Shack, vice president of the greater Toronto area at the Centre for Israel and Jewish Affairs, in response to Kuper’s newly published study.

“The pernicious tropes, discrimination, victim-blaming, and hateful attitudes about Jews that Dr. Kuper details confirm the serious concerns that prompted the TFOM to establish the role of Senior Advisor on Antisemitism in 2021. We look forward to learning what action the faculty will be taking to address this distressing situation. In September, the dean of the TFOM formally apologized for its quotas on Jewish medical school applicants in the 1940-50s. While recognition of past failures is important, urgent action to support Jewish faculty, staff, and students is essential today.”