"My wine is older than your apartheid 'state,'" she boasted. 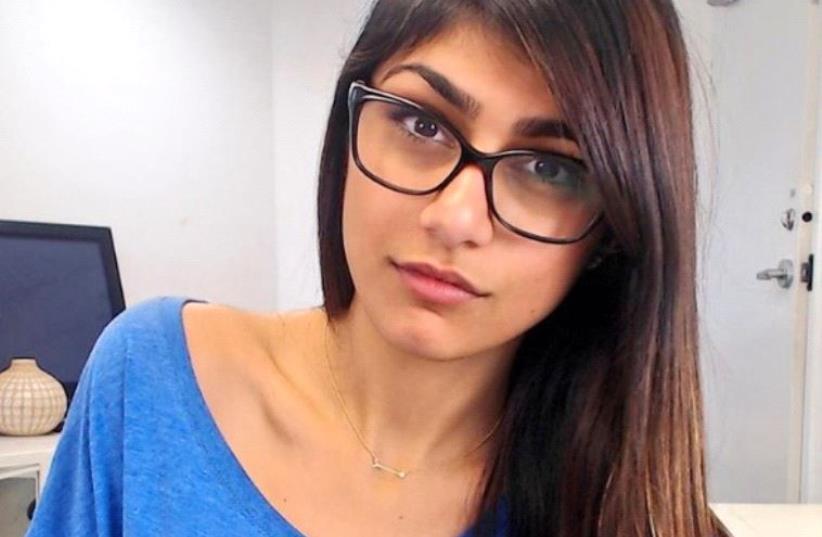 My wine is older than your apartheid “state” pic.twitter.com/CTpAitpKZP

Khalifa has been quite vocal in her opinions amid the recent escalation in violence between Israel and allied terror groups operating out of the Gaza Strip - often voicing anti-Israel and antisemitic rhetoric in between the status updates of her life.The post faced with widespread backlash, with many Twitter users - including some well-known journalists - pointing out that both alcohol and her former occupation as a porn star are illegal in Gaza, and would result in her immediate arrest or execution. "You’re drinking wine made in 1943 Nazi-occupied France, while denying thousands of years of Jewish history in our ancestral homeland," said Israeli writer and activist Hen Mazzig. "Glad you found the perfect pairing for your antisemitism!"One user noted that Israel, being the only democratic state in the Middle East, is the only country where Khalifa wouldn't be "stoned to death in the streets," regarding her past occupation and current lifestyle."I’ll take my chances in Saudi [Arabia] and Syria, that 'born in: Lebanon' on my passport wouldn’t go over well in 'Israel,'" she retorted, with Israel being placed in quotations.The post gained enough attention that the New York Post ran a full article on the hypocrisy of Khalifa's post - with her calling out Israel for being a Zionist apartheid state while drinking champagne made in Nazi-occupied France.After the article's release, Khalifa did not shy away from her statements, she instead doubled down and attacked the NY Post for even drawing the comparison."Enjoying what would be classified as 'Nazi-era' music according to the NY Post’s logic on things produced in 1940’s France," Khalifa said in a Monday tweet while dancing around her kitchen like a ballerina.

Enjoying what would be classified as “nazi-era” music according to the NYPost’s logic on things produced in 1940’s France. https://t.co/2yUXOu60ht pic.twitter.com/ognnSct95f

"Let’s keep this same energy in 78 years with people who support Israeli brands and products funding apartheid," she added to the thread, inadvertently expressing her support for the BDS movement.

On the same day, Khalifa also made a far-fetched comparison between Israeli-Palestinian conflict and a moral obligation to return borrowed diamonds back to their original owner."'If I don’t steal it someone else is going to steal it.' - me using Zionist logic to defend the borrowed diamonds my stylist puts me in not being returned," Khalifa tweeted.Since the IDF began Operation Guardian of the Walls on May 10, the bulk of Khalifa's posts have contained anti-Israel sentiments, accusing Israel - without much evidence - of war crimes, apartheid, occupation, using chemical warfare, running over Palestinian children, cheering as bombs are dropped over Gaza and desecrating holy sites, among many other examples. And while she shared condolences for the Palestinians caught up in the fighting Gaza, she held no regard for the millions of Israelis who feared for their safety during the 11 days of constant rocket barrages originating from with coastal - with over 4,500 being shot off in total into Israeli territory, targeting over 70% of the country."The Zionists crawled out from their bomb shelters to tweet this morning," she tweeted. "Glad to see you have portable phone chargers in there with you to continue spewing your idiotic rhetoric online."Another read: "90% accuracy rate on the ‘ole billion dollar Iron Dome and 20% inaccuracy rate on the Hamas rockets and the bomb shelters Israeli citizens have... I’m not good at math, but I think Tel Aviv will rebuild."Aside from the anti-Israel rhetoric, Khalifa made it clear that she understands the difference between anti-Zionism and antisemitism, adding that antisemitic statements have no place on her Twitter feed or in her mentions."If you don’t understand the difference between anti-Zionism and antisemitism, log the f*ck off the internet," she said, posting a screen share of her deleting a post by a commenter saying "Hitler had a vision." "I block every single one of these sentiments that I can find," she added, as the posts seem to draw away from the credibility of her argument. "If you see things like this in my mentions, report them, please."Khalifa is just one of the many social media influencers that have been posting anti-Israel rhetoric since the commencement of the IDF operation in Gaza, attempting to shift the narrative in favor of Hamas and the Palestinian people by spreading information and disinformation that has fundamentally shaped how much of the world viewed the conflict from the outside looking in.Other notable celebrities who have championed the Palestinian cause to their followings of millions, include models Bella and Gigi Hadid, both of whom have Palestinian heritage. The Hadid sisters, who have more followers on Instagram than there are people in Israel, have spread similar sentiments like Khalifa, claiming that Israel is an apartheid state while calling for the end of the Israeli "occupation" in "Palestine."Khalifa asked not to be "lumped" in together with Bella, claiming that the Hadid sister's cause and actions were much more benevolent than that of Khalifa's."Don’t lump me in with Bella, I don’t have sh*t to lose but she put everything on the line to march with her people not once, but twice," she said during the conflict.Khalifa rose to fame as a porn actress in 2014. Within the first few months of her career, she became one of the most viewed actresses on Pornhub. During her tenure as an actress, Khalifa was banned from her home country of Lebanon for her exploits and even received death threats from ISIS and other extremist groups for wearing a hijab in one of her featured scenes.