Meet the man trying to rescue his son from Lev Tahor

Israel Amir escaped from the Lev Tahor cult two years ago and has since been trying to rescue his now two-year-old son. 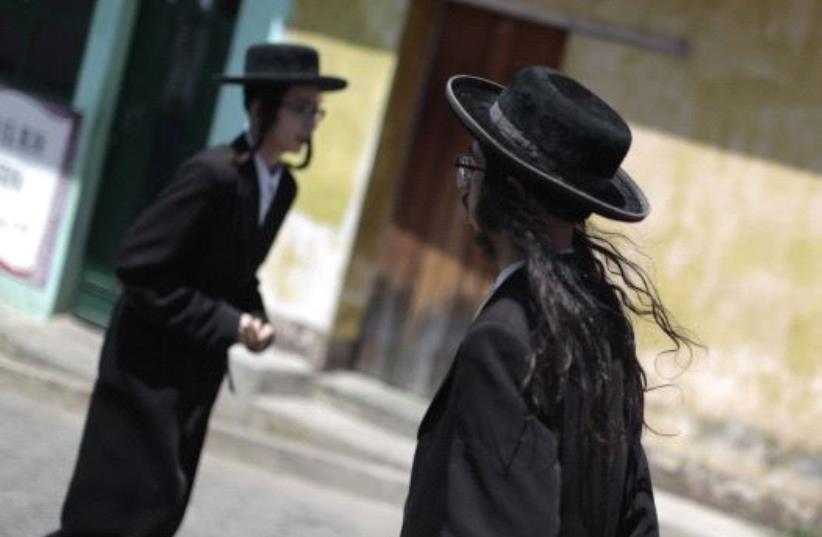 Israel Amir, who escaped from the Lev Tahor cult in Guatemala has been on a mission to save his two-year-old son from the cult since he left two years ago, N12 reported on Thursday.

Amir is reportedly working with former Mossad agents to gather intelligence on the cult and figure out a way to save his son amid concerning revelations that have been made.

It has been known for a while that Lev Tahor leaders are intending on moving to Iran where they think they will be able to practice their religion more freely and will find solidarity with the Iranian regime on their anti-Zionist stance. This information is deeply concerning to the families of the cult members, most of whom are Israeli. If the cult is able to reach Iran, chances are that rather than be left to do as they please, they will be used by Iran as bargaining chips against Israel or be publicly murdered to send a message.

N12 revealed a development in which the leaders of Lev Tahor sent an official letter to "the supreme leader of the Islamic Republic of Iran" in which they state that the letter is a "declaration of loyalty and surrender and a request for cooperation against the Zionist rule."

So far, attempts to cross into Iran through Kurdistan have failed, and the members of the cult who were caught in Kurdistan were deported to Turkey from which they returned to Guatemala.

Eliezer Rumpler, from the Lev Tahor Haredi Jewish sect arrives to the Jerusalem District Court for a court hearing on May 26, 2020. (credit: YONATAN SINDEL/FLASH 90)

Other information gathered by Amir's team showed evidence of children being neglected and abused. According to N12, the team got photos of children sitting in cages as well as an updated photo of Amir's son whom he hasn't seen in two years.

In another shocking revelation reported by N12, the mothers in the cult have been ordered to murder their children and commit suicide if the authorities ever get into the cult.

Amir continues in his efforts to rescue his son from this life and told N12 that he believed that one day, it will happen.

Lev Tahor was established in the 1980s in Israel and practices a fundamentalist version Hasidim. Among the extreme laws of the sect are requiring women to be covered in black from head to toe and demanding that young girls be wed to older men.

Members of the cult have been put on trial in multiple countries such as Israel and the US on a variety of charges which include child abduction.