Belgium to provide $4 million in security funding to Jewish institutions

The grant will go for surveillance cameras, alarms, secure windows and armored doors. 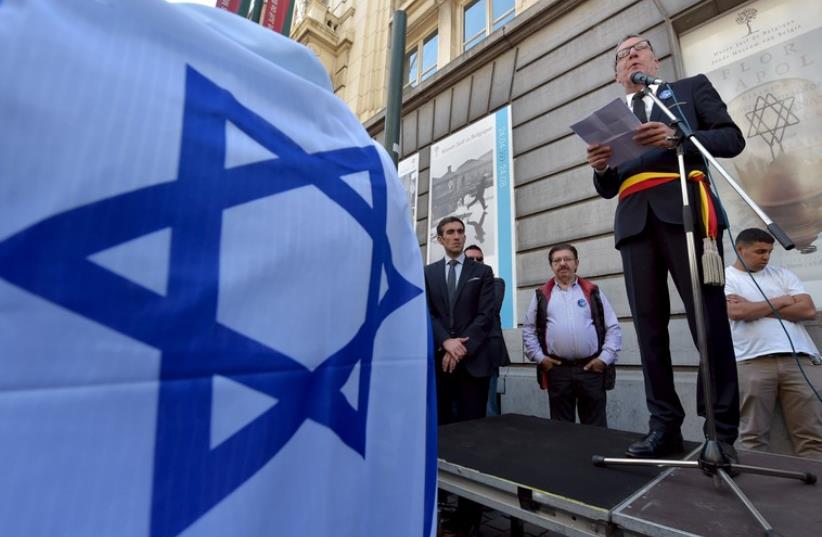 Brussels' Mayor Yvan Mayeur gives a speech during a ceremony for the victims of the May 24, 2014 attack at the entrance of the Jewish Museum in Brussels, Belgium May 24
(photo credit: REUTERS)
Advertisement
The Belgian government will provide more than $4 million to upgrade security at Jewish institutions throughout the country.

Interior Minister Jan Jambon made the announcement Monday during an interview on the Flemish public television VRT program “De Zevende Dag,” according to reports.

The grant will go for surveillance cameras, alarms, secure windows and armored doors, among other security improvements, the European Jewish Press reported.

Once the improvements are made, the government could decide to reduce the number of soldiers protecting the buildings, which are under military protection on the same level as embassies.

”If these technical protection measures work, then we can reassess the number of soldiers in the streets,” Jambon said.