The Jewish actor, folk singer, musician, and composer is said to have died of natural causes in a hospital in Los Angeles. 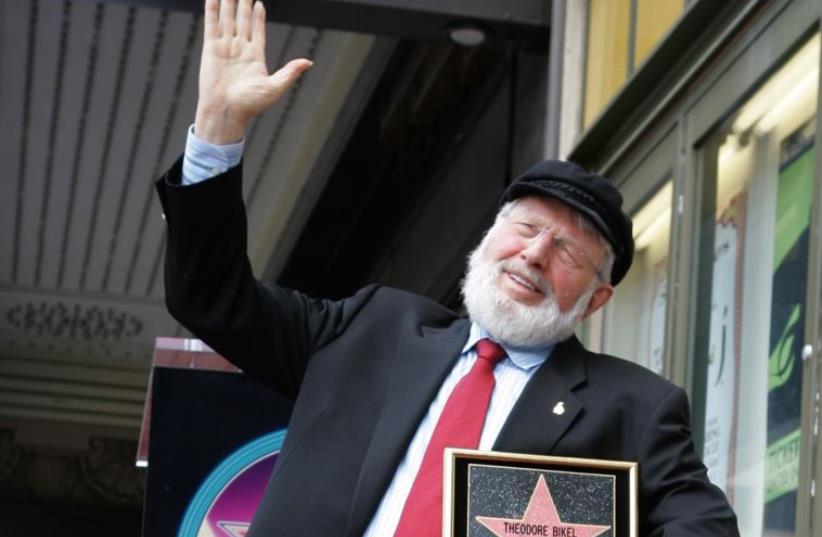 Theodore Bikel
(photo credit: REUTERS)
Advertisement
LOS ANGELES - Actor Theodore Bikel, who originated the stage role of Captain von Trapp in "The Sound of Music" but was best known for starring as Tevye, the poor Jewish milkman, in the Broadway hit musical "Fiddler on the Roof," died on Tuesday at age 91.A native of Vienna, Austria, who grew up in the British-controlled Mandate of Palestine and became a US citizen in 1961, Bikel died of natural causes at a Los Angeles hospital, his publicist, Harlan Boll, said in a statement.Bikel began his celebrated run as Tevye in 1967 after Zero Mostel had originated the role. He went on to perform the part of the struggling Jewish dairyman, and such memorable songs as "Tradition" and "If I Were a Rich Man," in excess of 2,000 times, more than any other Broadway actor.The musical, set in the fictional Jewish shtetl, or settlement, of Anatevka in 1905 czarist Russia, is based on a series of stories by Yiddish author Sholem Aleichem, collectively titled "Tevye and his Daughters."It chronicles the joys and hardships of Jewish life described in the opening scenes by its protagonist as being as shaky as a fiddler on the roof. The 1971 motion picture adaptation starred Chaim Topol as Tevye.By the time he launched his stint in "Fiddler," Bikel had already woven himself into the fabric of the great American musical playing Captain Georg Von Trapp, opposite Mary Martin, in the original Broadway production of "The Sound of Music."The role, which paralleled his own family's escape from Austria following the German annexation of their homeland in the 1930s, earned Bikel his second Tony nomination in 1960. Two years earlier he had been nominated for his work in "The Rope Dancers."He was also the first to perform "Edelweiss," which was written specifically for Bikel, an accomplished folk musician, during final off-Broadway tryouts of the "Sound of Music" when it was realized his character was lacking a song of his own.In the film version of the musical, Christopher Plummer assumed the role of the captain, with Julie Andrews starring as Maria.Bikel's own big-screen career spanned more than 150 appearances, including his 1951 movie debut as a German naval officer in the classic "The African Queen" and an Oscar-nominated turn as a Southern sheriff opposite Tony Curtis and Sidney Poitier in "The Defiant Ones."He also played Zoltan Karpathy, the Hungarian linguist, in the movie version of "My Fair Lady," a submarine captain in "The Russians Are Coming the Russians Are Coming" and the king of Serbia in the 1952 film production of "Moulin Rouge."Bikel appeared in numerous television shows during three decades - ranging form "Alfred Hitchcock Presents" to "Star Trek: The Next Generation," in which he played the adoptive father of Klingon Lieutenant Commander Worf. In one memorable guest role on the CBS sitcom "All in the Family," he played a German butcher infatuated with Edith Bunker.As a recording artist, he produced several albums of Jewish folk songs