Deborah Isaac, who lives in New Rochelle, New York, is a past president of Amit, one of Israel's leading education networks. 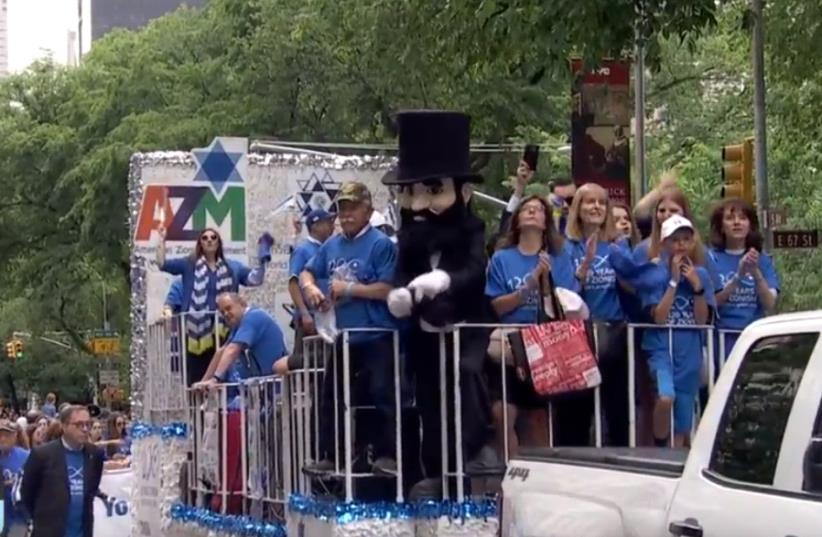 Herzl headlines the AZM float at the Celebrate Israel Parade
(photo credit: screenshot)
Advertisement
Deborah Isaac was elected president of the American Zionist Movement (AZM) Wednesday at the Biennial National Assembly, becoming the first woman to head the body. Isaac, who lives in New Rochelle, New York, is a past president of Amit, one of Israel's leading education networks. She was also a delegate of the Orthodox Israel Coalition/Mizrachi to the World Zionist Congress three times. "Israel is the only homeland of the Jewish people," Isaac said at her inaugural address. "There is only one place in the entire world that will protect Jews no matter where we are, regardless of our status as citizen or non-citizen. We must celebrate Israel with every fiber of our being." The AZM works to bring the American Jewish community together in support of Israel. They are associated with the World Zionist Organization and represent American Zionists within Israeli national institutions. The umbrella organization is composed of 39 national Jewish Zionist organizations. They added six new organizations this year, including Shas Olami America, Dorshei Torah V'Tzion and Maccabi USA.Isaac succeeds Richard D. Heideman as AZM president.