“Palestinians in Europe,” is reportedly organized by Hamas-affiliated groups. 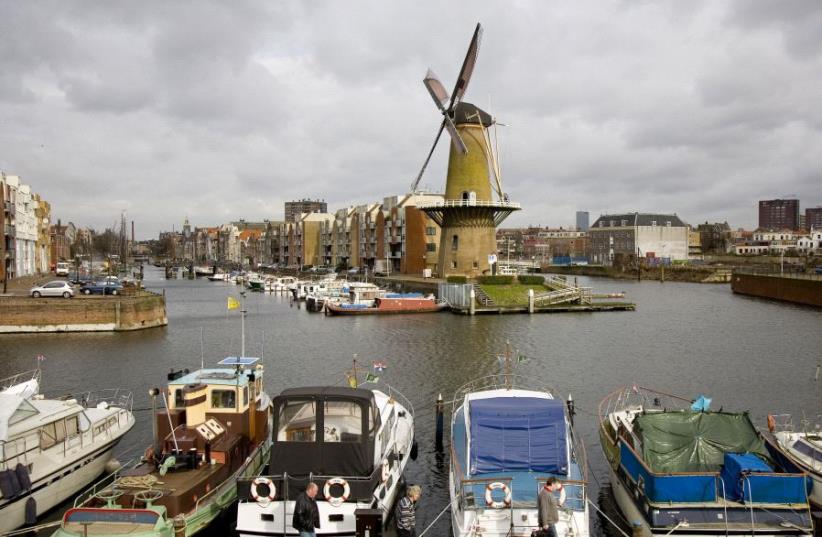 Rotterdam
(photo credit: REUTERS)
Advertisement
AMSTERDAM — A watchdog on anti-Semitism in the Netherlands petitioned the government to ban an upcoming Rotterdam conference that it said was organized by Hamas-affiliated groups.The Center for Information and Documentation on Israel, or CIDI, on Friday asked Justice Minister Stef Blok and Interior Minister Ronald Plasterk to stop the conference, titled “Palestinians in Europe,” which is slated for April 15. CIDI said it has made repeated appeals to Rotterdam Mayor Ahmed Aboutaleb to prevent the forum.“The organizers of this conference are affiliated with the terrorist group Hamas,” CIDI wrote in a statement, noting that Hamas is classified by the European Union and the Dutch government as a terrorist entity, and espouses an anti-Semitic policy.CIDI also wrote that the German security service, BfV, has called the PRC group that organizes Palestinians in Europe conferences “a front for Hamas.”The watchdog said in the statement that Aboutaleb, a Labor politician who was born in Morocco to a Muslim family and has spoken harshly against anti-Semitism, told CIDI that he had consulted with the Dutch National Coordination for Counterterrorism and Security, a homeland security organ of the government, and it said there was no grounds to ban the event.But CIDI said in its statement that the security agency said it had not given such an advisory opinion to the City of Rotterdam.“The basis for the mayor’s decision is unclear to us and we find this highly disconcerting,” CIDI wrote.