Any immigrants with at least a 5-year-old license will be automatically eligible for an Israeli one. 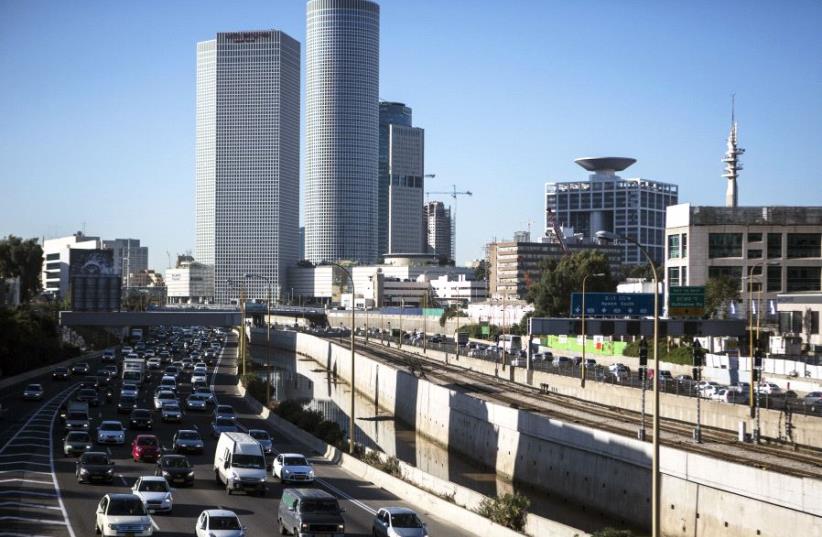 Vehicles drive on a highway in the central Israeli city of Tel Aviv December 17, 2013.
(photo credit: REUTERS)
Advertisement
Olim and returning residents who have held foreign driving licenses for at least five years will no longer be required to undergo a tedious process that includes a driving test to obtain an Israeli license.“I just finished talking with the spokesperson of the Ministry of Transportation and we did it!!” Tzvika Graiver, the co-founder and chairman of KeepOlim, wrote on its Facebook page, announcing that this will save “time, money and energy on useless driving classes and driving tests.”According to a letter published by the ministry, those who meet the five-year requirement will now be eligible to obtain Israeli driving licenses without undergoing a test.The development was one of several changes announced by the ministry at the end of last week to ease bureaucracy in the Licensing Authority. The ministry said that the measures should drastically reduce the need for citizens to go to the authority at all, but when they do, the waiting times are expected to be reduced to a maximum of 15 minutes.To this day, new immigrants have had a three-year time limit in which to take a “control test” – an abbreviated road test to demonstrate control over the vehicle, according to a ministry description of the test. If they didn’t do so in that time, or if they failed the test twice, they were required to take the same full practical driving test taken by those who have never held a driving license.Transportation Ministry spokesman Avner Ovadia told The Jerusalem Post on Monday that the decision would go into effect in a few weeks.The three-year time restriction will still apply, but the process – which includes an eye examination – is expected to become quicker and easier.Immigrants have complained of a black market allegedly operated by driving instructors to make money off olim by convincing them to take unnecessary driving lessons in exchange for a timely driving test. Many immigrants told KeepOlim that if they declined to take driving lessons, they were made to wait as long as eight months to take the test.According to KeepOlim, immigrants paid thousands of shekels to take driving lessons just to get a date for a driving test. Others reported having been failed numerous times, despite having clean driving records from their countries of origin. Two families who decided to leave Israel told Graiver this was one of the main obstacles they had faced in the country.“KeepOlim demanded, from the first time we spoke at the Knesset, that the tests be canceled,” Graiver said.The nonprofit organization has made this a priority issue since it was founded two years ago with the aim of easing life for immigrants and keeping them in Israel.Graiver has made numerous appearances at the Knesset to campaign for olim on the licensing issue, but he told the Post that his efforts were met with indifference and he felt he lacked backing from any other organization or body.On November 30, the Knesset’s Economic Committee finally organized a meeting on the subject and Graiver presented the issue of the black market.He noted that KeepOlim was the only immigrants organization present at the meeting.“I want to personally thank all our members who told us about their license nightmare and about the black market that was developed on the back of olim!” Graiver wrote on Facebook. “We took it to the Knesset and made sure that your voice was heard! I must say it was a long and hard road, but we knew one thing: not to give up! 32k olim from all around the world fighting together and something good will happen in the end!” The number he referred to is the number of members in the Facebook group.Transportation Minister Israel Katz said, “I’m pleased to inform you that the Transportation Ministry, under my leadership, is also contributing to the rapid and successful absorption of immigrants.This action of my office will allow immigrants to skip the bureaucracy and save them precious time and money.“If you have had a driving license for a private vehicle or a motorbike for at least five years, soon you will be able to get an Israeli license without taking a control test. You just fill out a form for an Israeli license, including medical tests, send everything to us, and you will receive an Israeli license,” Katz said in a video he sent to KeepOlim.