Kosher agency says it can no longer vouch for Starbucks stores

Star-K for years has kept a list of the drinks prepared at Starbucks that it called “kosher friendly.” 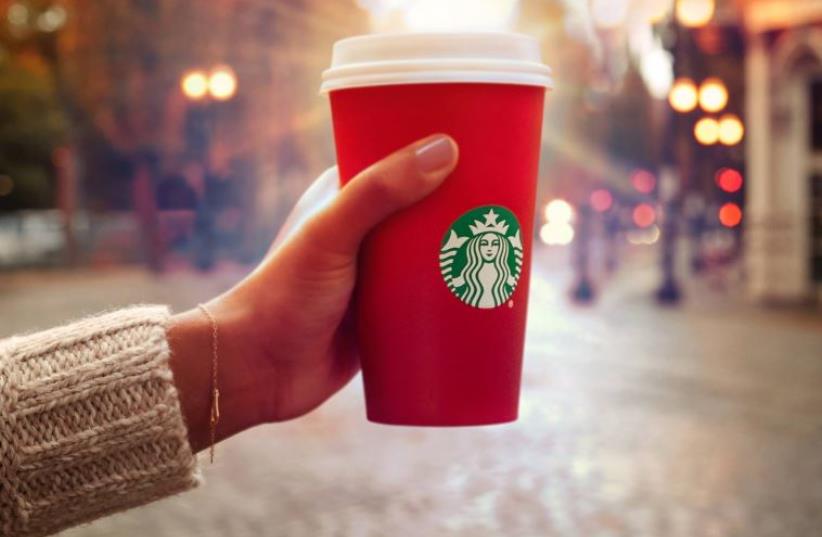 Starbucks red holiday cups
(photo credit: STARBUCKS)
Advertisement
Kosher observers who pick up their coffee at Starbucks may need to look elsewhere for their caffeine fix.A kosher-certifying agency said it can no longer vouch for the kashrut of many beverages served by the coffee giant. The Star-K agency said this week that it was ending a program under which it deemed many Starbucks products permissible without actually certifying them as kosher.Plenty of kosher consumers aren’t taking the news lying down: As of Thursday afternoon, more than 7,000 have signed a change.org petition calling to “Make Starbucks Kosher Again.”Star-K for years has kept a list of the drinks prepared at Starbucks that it called “kosher friendly.” The stores were not under the certifying agency’s supervision, but Star-K regularly checked in with the company to determine which items were kosher friendly — that is, contained no objectionable ingredients. In recent years, even Frappuccinos were considered OK for kosher observers.But several years ago, Starbucks began selling sandwiches, including some made with bacon and non-kosher cheese. That brought up kashrut issues, like whether the utensils used to make the coffee were washed with utensils that had been used with non-kosher items in the store.Nevertheless, Star-K has posted a new list of Starbucks drinks that can be considered acceptable for kosher observers. They include cafe Americano, espresso, iced caramel brulee latte and nitro cold brew served in paper cups. Exceptions are also made for drinkers who are traveling (in other words, “when no other viable option is readily available”) or at stores that don’t serve meat or cheese items.But the petition signers are looking for more.Under the reasons for signing, one person wrote: “For a company that closed down all their stores for 8 hours for sensitivity training when people want to use their bathrooms without making a purchase they can at least show a little sensitivity to Orthodox Jews who would like to be paying customers!”