Under the banner of the IACT, Jewish organizations in the US are coming together to engage university students before, during and after their trip to Israel. 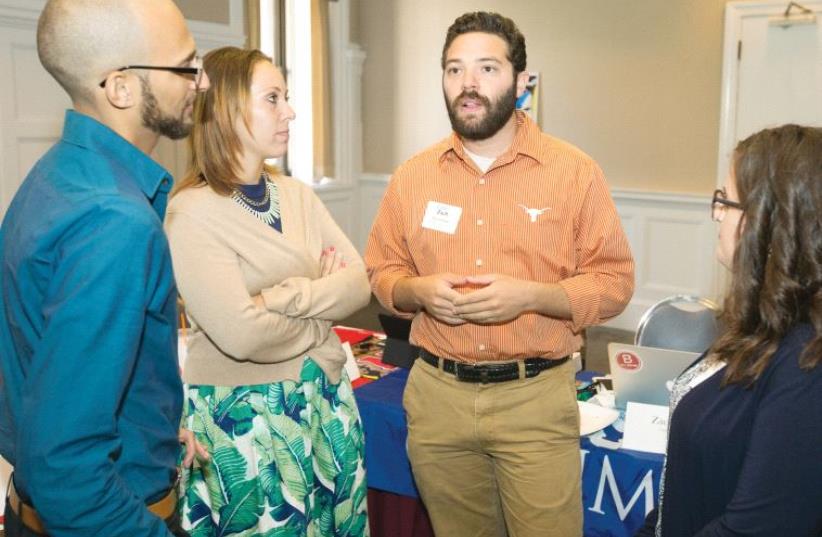 University of Texas IACT coordinator Zach Silverman
(photo credit: DAVID BRINN)
Advertisement
BOSTON – Despite the common perception otherwise, thanks to the ubiquitous busloads of enthusiastic American Jewish young adults that traverse the Israel landscape every summer and winter – Birthright participants don’t grow on trees.Sure, with over 500,000 past participants under its belt and the infrastructure to embrace as many applicants as are interested in the free 10-day trip to their homeland, Birthright has evolved into a given part of some Jewish college students’ four-year experience, just like spending a semester abroad.But what about the others, the great bulk of Jewish students who know nothing about Israel or even about their own heritage? And what happens to Birthright participants after their amazing 10 days experiencing the country’s history, vibrancy and culture? Do they file it as an excellent adventure, along the lines of running with the bulls in Pamplona, or does it spark a lifelong love affair with Zionism? Those questions are what kept Barry Shrage awake at night. The president since 1987 of Combined Jewish Philanthropies – Greater Boston’s Jewish Federation – Shrage was a firm believer in the power of Birthright to be a transformative experience.“Either you have a grandfather who is a Holocaust survivor, you have parents who were very involved in the Jewish community, you go on Birthright… or you’re gone,” Shrage told The Jerusalem Post last month in a discussion about losing the battle to establish Jewish identity in the younger generation of American Jews. “Things need to get better now; we can’t afford to lose whole generations of Jews,” he says. “We lost a great deal 70 years ago; we can’t afford to lose more. The question is, once Birthright has changed people, what do you do with it? How do you transform it into something permanent?” Shrage’s solution was to establish the IACT initiative in 2006, standing for “Inspired, Active, Committed, Transformed.”At three Boston-area campuses, the program trained its young, professional coordinators to treat the Birthright trip as a holistic experience involving recruitment beforehand, accompaniment during the trip, and engagement afterward.The CJP IACT Initiative, which is run in partnership with Hillel International and is funded by the CJP and generous donors, has flourished – blossoming into a fast-growing national project that claims to engage 80 percent of returning 'IACT Campus trip' Birthright alumni in Jewish life on campus . This month, salaried IACT coordinators are taking up posts at 28 American universities from coast to coast to create a buzz on campus for Birthright trips, and to develop programming to keep Birthright alumni involved in Jewish and Israeli activities. In addition to receiving financial incentives for recruiting Birthright participants, they will also join the campus groups they put together on their bus in Israel.Last month they gathered in Boston not only to receive a rah-rah speech from proud papa Shrage, but to undergo an intensive, two-day boot camp – organized by Israel-based project managers Upstart Ideas – to prepare them for the fall semester of winter Birthright trip recruitment, a period described by a veteran IACT coordinator as “a marathon run at sprint speed.” 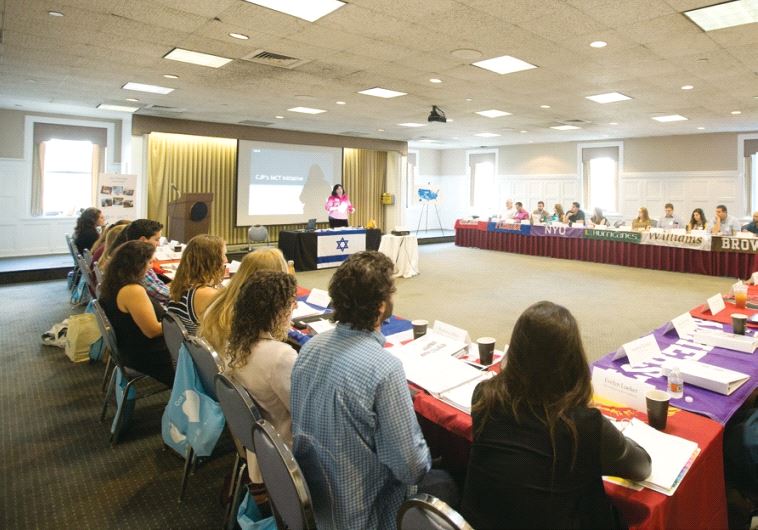 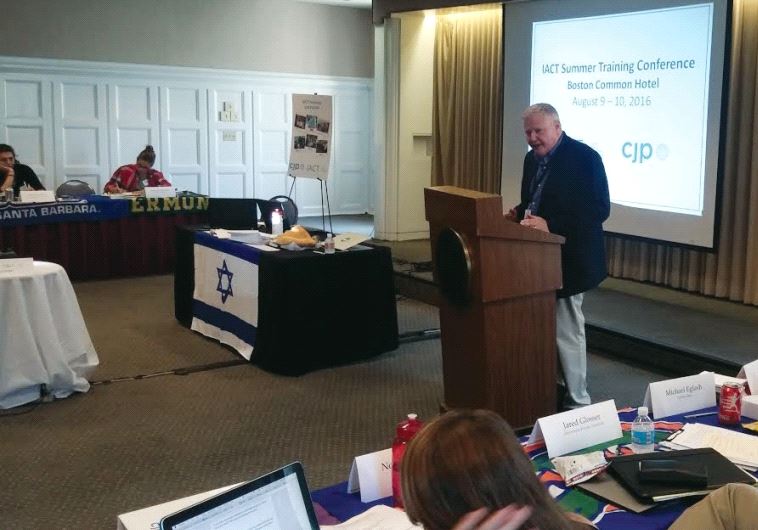 CJP President Barry Shrage addresses the IACT coordinators (photo credit: DAVID BRINN)
ONE OF IACT’s biggest fans is the Birthright organization itself, which reaps the benefits of the coordinators’ work.According to Jeff Reinstein, Birthright’s North American recruitment director, IACT’s advantage is integrating a pre-Israel, an Israel and a post-Israel experience.“The campus communities that are taking Birthright trips together and have someone who made the connection between them have the highest success levels for follow-up after their trips,” said Reinstein.“IACT’s work is amazing – they’ve been able to put staff on campuses that were either underfunded or understaffed and have fixed both those things. It’s made a huge impact and has been a game changer for some campuses.”At the end of the two-day conference, the coordinators gathered up the tools they had been handed by the speakers and their colleagues and, with stars in their eyes (of the six-sided variety presumably), prepared to head off to their respective campuses. Their goal? To bring in Jewish students, one at a time, to have a discussion about their place in the world.CJP president Shrage likened their task to throwing a rock in a pond, the effect of which may not be seen immediately.“If one kid goes to Israel, there are changes; 20,000 – even more. And with 500,000, there can be a wrinkle in history that can change the whole world and be potentially revolutionary for the future of the Jewish people,” he told the rapt audience of young coordinators.“Every kid is potentially a major change agent, and what you can do for them is to introduce them to Israel and Judaism. If you get people to Israel, it changes everything.” The writer was a guest of CJP-Boston.
Advertisement
Subscribe for our daily newsletter