Town has been site of pitched political battles between the Orthodox Jewish population and local opponents. 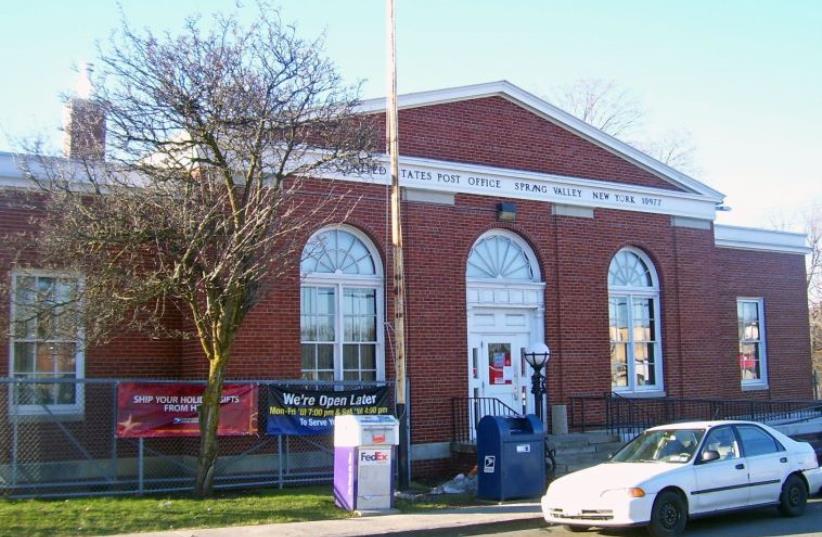 US Post office in Spring Valley, NY
(photo credit: DANIEL CASE/WIKIMEDIA COMMONS)
Advertisement
A mayor in suburban New York’s Rockland County secretly pledged to reject all building permit applications by Jewish developers, according to a newspaper report.The mayor, Demeza Delhomme of Spring Valley, was secretly recorded in March saying he would vote against all Jewish-submitted building permits but would accept permits by Haitians, the Journal News reported. The newspaper obtained the secret recording. Delhomme is Haitian-American.Spring Valley has been the site of pitched political battles between the burgeoning Orthodox Jewish population and local opponents. Delhomme refused to answer a reporter’s questions about the recording, the Journal News reported.“Do you have proof that I have been discriminating against anybody?” he said in a brief telephone conversation. “If you don’t have proof of it, stay the hell away from me.” Delhomme then hung up the phone, according to the newspaper.The mayor’s lawyer, Kevin Conway, declined to comment, the newspaper said.Evan Bernstein, director of the New York Regional Office of the Anti-Defamation League, said that if the recording is accurate, it is quite troubling.“Singling out of any religious or ethnic group is unacceptable, especially by an elected official,” Bernstein told the Journal News.