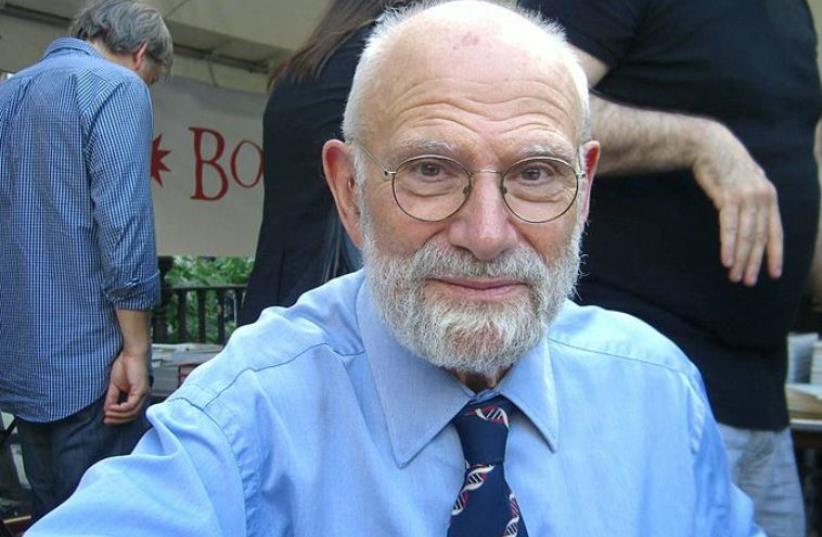 Dr. Oliver Sacks
(photo credit: LUIGI NOVI / WIKIMEDIA COMMONS)
Advertisement
Prominent Jewish neurologist, professor and writer, Oliver Sacks, died in his home in New York at the age of 82 on Sunday, losing the battle against metastatic liver cancer, according to his longtime personal assistant, Kate Edgar.In February, Dr. Sacks announced in an op-ed in The New York Times that he was suffering from the late stages of terminal cancer after a metastases from an ocular tumor had spread to his liver.“A month ago, I felt that I was in good health, even robust health. At 81, I still swim a mile a day. But my luck has run out – a few weeks ago I learned that I have multiple metastases in the liver," he wrote.Dr. Sacks authored multiple best selling books, including Awakenings, a book based on his treatments on a group of patients suffering from encephalitis lethargica who had been unable to move on their own for years. The book was later adapted into an Academy Award-nominated film starring Robin Williams and Robert De Niro. Using a typewriter or writing in longhand, Sacks' authored more than a dozen books, filling them with detailed, years-long case histories of patients who often became his friends. He explained to lay readers how the brain handles everything from autism to savantism, colorblindness to Tourette's syndrome, and how his patients could adapt to their unconventional minds.Sacks' view, as expressed in his 1995 book "An Anthropologist on Mars," was that such disorders also came with a potential that could bring out "latent powers, developments, evolutions, forms of life that might never be seen, or even be imaginable.""The brain is the most intricate mechanism in the universe," he said in a People magazine interview. "I couldn't imagine spending my life with kidneys."Sacks' own psyche was quite complicated.At times in his life he struggled with drug abuse and acute shyness and he suffered from prosopagnosia, a disorder that leaves victims unable to recognize faces.In 2012 he told a New York magazine interviewer he had been in psychoanalysis for more than 45 years and celibate since the mid-1960s because he was essentially married to his work.However, in "On the Move" he wrote of falling in love at age 77 with writer Billy Hayes.Sacks, a self-proclaimed atheist, was born in London on July 7, 1933, to Jewish physicians. In hopes of keeping him safe from the Nazis' bombing blitz of London during World War Two, his parents sent him away to a school and the shy young Sacks turned to science.After attending medical school and practicing in Britain, he moved to the United States in the early 1960s where he studied a group of people who contracted encephalitis lethargica. They had been untreated and virtually frozen in catatonic states for decades until Sacks administered an experimental psychoactive drug known as L-dopa.The drug had an explosive "awakening" effect on the patients but the experiment trailed into failure as they developed tics, seizures or manic behavior and had trouble adjusting to the contemporary world.Sacks wrote about the patients in the 1973 book Awakenings, which led to the 1990 Oscar-nominated movie of the same name, starring Robin Williams as a character based on Sacks and Robert de Niro as one of his patients."This had become a heaven-and-hell experience," Sacks told People magazine of his "Awakenings" case. "But the patients would just have died without having even a glimpse of that life had they not been given L-dopa."His best-known work was 1985 book The Man Who Mistook His Wife for a Hat, a collection of case studies of people whose brains had misfired, including lost memories, gross perception problems and Tourette's.Sacks, a professor at the New York University School of Medicine, often considered his own maladies in his books including Migraines, The Mind's Eye about dealing with blindness, and Hallucinations which his experiences with LSD and mescaline.His autobiography, On the Move: A Life, was released in May.