"Of course I know Jewish people don't own all the property in the world," he said. 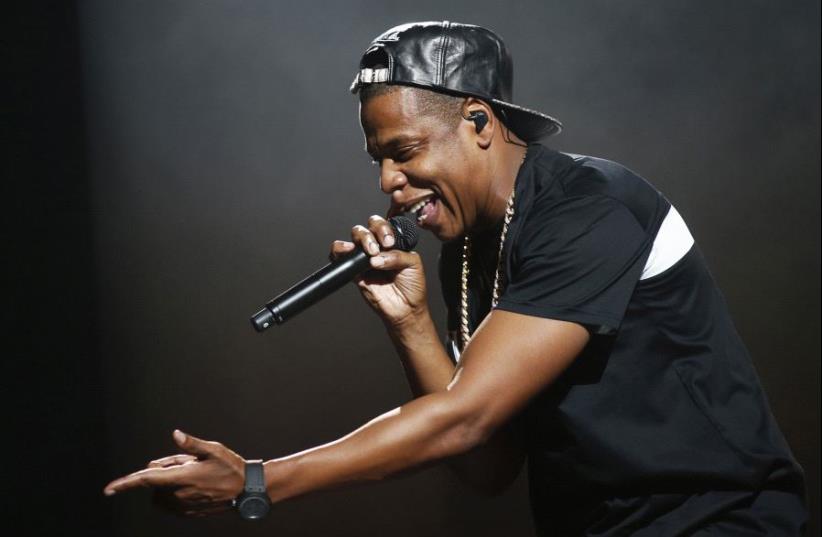 American rapper Jay-Z performs at Bercy stadium in Paris, October 17, 2013.
(photo credit: BENOIT TESSIER /REUTERS)
Advertisement
Jay-Z this week defended the lyrics of a track on his latest album which saw him accused of antisemitism, and slammed those criticizing the song without understanding it.In the song “The Story of OJ,” on his album 4:44 Jay-Z raps: “You wanna know what’s more important than throwin’ away money at a strip club?/ Credit/ You ever wonder why Jewish people own all the property in America?/ This how they did it.”The song, which was released last month, drew condemnation for its stereotyped portrayal of American Jews, including from the Anti-Defamation League.In a podcast released earlier this week on the Rap Radar site, Jay-Z said it was “hard for me to take that serious.”The song, he said, makes many gross exaggerations, and the critics are focusing on just the line about Jews.“Of course I know Jewish people don’t own all the property in the world,” he said. “I mean, I own things!” he joked! “It was an exaggeration.”The rapper went on to reference the music video for the song, which featured a series of racist cartoons and portrayals of black people.“If even you, as the Jewish community, if you don’t have a problem with the exaggerations of the guy eating watermelon and all the things that was happening... If you don’t have a problem with that, and that’s the only line you pick out, then you are being a hypocrite,” he said in the podcast. “I can’t address that in a real way. I got to leave that where it is.”When the song was released last month, the ADL issued a statement expressing concerns over the controversial lyric.“The lyric does seem to play into deep-seated antisemitic stereotypes about Jews and money,” the organization said.“The idea that Jews ‘own all the property’ in this country and have used credit to financially get ahead are odious and false.Yet, such notions have lingered in society for decades, and we are concerned that this lyric could feed into preconceived notions about Jews and alleged Jewish ‘control’ of the banks and finance.”The organization, however, made it clear they believed Jay- Z’s intentions in the song were not negative.“We do not believe it was Jay- Z’s intent to promote antisemitism,” the ADL said. “On the contrary, we know that Jay-Z is someone who has used his celebrity in the past to speak out responsibly and forcefully against the evils of racism and antisemitism.”JTA contributed to this report.