Dutch Royal House spokesman says family will respond to queries on the subject next week. 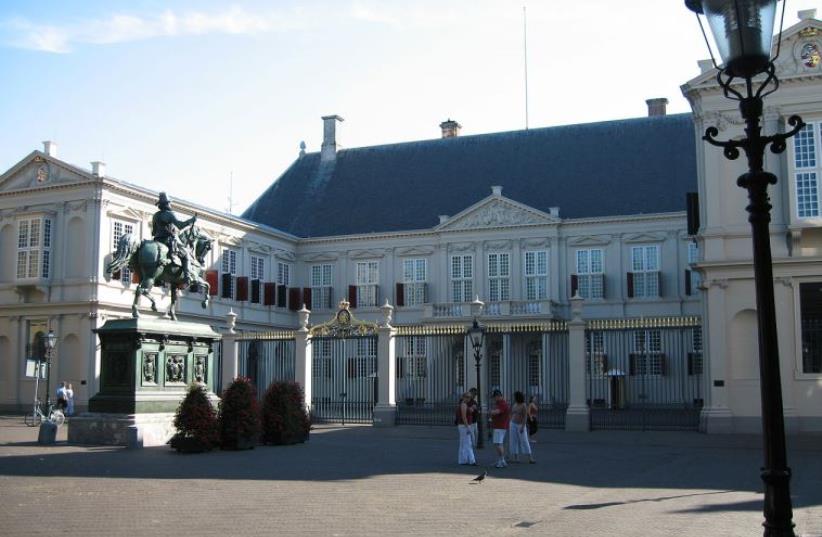 Noordeinde Palace is one of the three official palaces of the Dutch royal family
(photo credit: Wikimedia Commons)
Advertisement
The Dutch royal house said it would investigate claims that Jewish pupils were transferred in 1951 from their classroom because it was also the classroom of two princesses.The statement on the matter was released on Saturday from a Royal House spokesperson following a report published in the Nieuw Israelitisch Weekblad, or NIW, a Dutch Jewish weekly, about the objections of parents of several Jews from the classroom of Princess Irene and Princess Margriet at the Nieuw Baarnsche School in Baarn, a town located five miles east of Amsterdam.“The material published is too serious and the allegations too grave to provide a rapid response,” a Royal House spokesperson told the NRC Handelsblad daily on June 27, adding the Royal House would reply next week to queries on the subject. The NIW article about the school was based on internal documents of the Jewish Community of the Netherlands from 1952 that came to the attention of Bart Wallet, a historian with the University of Amsterdam who is researching Dutch royalty’s relationship with the kingdom’s Jewish community.In the document, dated February 1952, Benjamin W. de Jongh, then-secretary of the Jewish community, wrote: “The classes which the princesses would have attended were split and the children of Jewish descent were placed in the parallel class, the one which the princesses were not supposed to attend.”Wallet’s research showed that parents of Jewish children who were transferred to the parallel class protested the move to the Royal House. The late Queen Juliana, the grandmother of King Willem-Alexander of the Netherlands, replied to the parents in a letter in which she wrote that the royal family “has not been anti-Semitic, is not anti-Semitic and will not be anti-Semitic.”But according to NRC Handelsblad, Juliana is not known to have intervened in the partition of her daughters’ class.In an editorial statement, the NIW said that the removal of Jewish children “six years after the Holocaust is not just a stain on Juliana’s coat of arms. It is a serious omission.”Wallet told NRC that, while the Royal House had a “passive attitude” to the removal, it was probably decided on by the prestigious school after influential parents insisted their children attend the princesses’ class.“The ones who didn’t make the cut were those who were less accepted in the prestigious milieu, including local Jews.”