As Israel celebrates Pride, this list celebrates the Jewish stars of drag. 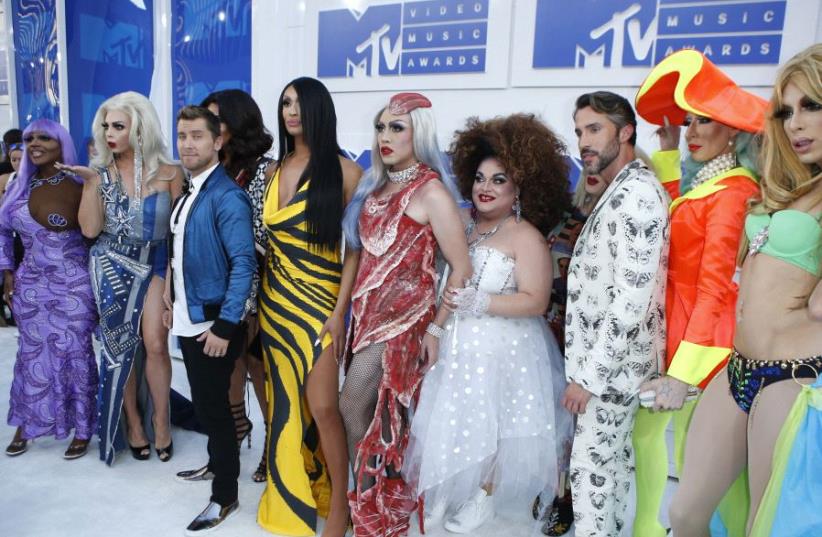 RuPaul's Drag Race
(photo credit: REUTERS)
Advertisement
If Gal Gadot as Wonder Woman has proven anything, it's that representation in the media matters. That's why it is high time to celebrate the brightest Jewish stars of RuPaul's Drag Race.In the hit show's 9 seasons, there have been plenty of shout-outs to the Jewish community, not the least of which have come from RuPaul herself.Like the time out of drag when he wore a Star of David:

Or her numerous tweets quoting the Talmud, both seriously...

“You can educate a fool, but you cannot make him think”~The Talmud pic.twitter.com/OnLYlOi5fu

"The highest form of wisdom is kindness”~The Talmud

Every blade of grass has its angel that bends over it and whispers 'Sissy That Walk!'~The Talmud

Moreover, there's been a strong showing from the small (but hopefully growing) community of Jewish queens. In honor of Pride week here in Israel, here are our picks for the 5 choicest of the chosen queens:5) Alexis Michelle (Alex Michaels)She grew up going to Shabbat dinners in the West Village, and she gave us life on Season 9 of Drag Race.Regarding how she identifies as Jewish in drag, she told Jewcy, "I'm a storyteller which feels Jewish in the sense that my Romanian Grandma has passed on so many stories to me. I also LIVE for Barbara Streisand and perform her songs all the time."But on a larger scale, she also said that she thinks "Judaism has always been about being the best person you can be. And for me, as a queen, it's about being the most authentic me I can be. I think those two things go hand in hand, being your best you, and your most authentic."Alexis also paired up with Jewish queens Sherry Vine, Miz Cracker and Lady Sinagaga to produce "Jappy," a kitzchy cover of Pharell Williams's "Happy."4) Detox (Matthew Sanderson)When the queens got together to make a Christmas album, leave it to Tribe member Detox to write a tribute to Hanukah, "This is how we Jew it." Posing as a gentile visiting her Jewish boyfriend's house for the holidays, Detox covers every festival of lights stereotype you can think of, and then some. 3) Acid Betty (Jamie Ruhren)Acid Betty won the runway with her edgy approach to drag, and won our hearts with her public declaration of Jewishness.When RuPaul told Acid Betty she was saved from elimination by a fierce runway look, Betty replied, "I'm Jewish, but I'm praying to all the gods, so thank you.""Mispucka," Ru replied in an attempt at the Yiddish word for family, "You may join the other girls." 2) Sasha Velour (Sasha Steinberg)

Sasha has what she calls a "crazy Russian-Jewish family history." In fact, she told the Observer that her grandmother came to the United States in the 40s from China, where she had moved from Russia to join a large Russian-Jewish community in Manchuria.She told The Forward that, when choosing which side of her family heritage to follow, Jewish or protestant, she "chose Judaism, mainly because of the stories and the food."Sasha has us "gagging" on her intelligent, nuanced artistic approach to drag - and her scholarly Jewish know-how as well."What struck me about the Talmud," she said to the Forward, "and so much Jewish philosophy, is that it's not always one narrative. It's different voices interpreting and reinterpreting these texts.""For me, being really strong in my character means being confidently weird. That's really important. My whole life, people who've done that have really inspired me," she said. "And that's absolutely a Jewish idea."1) Jinkx Monsoon (Jerick Hoffer) Jinkx is the only Jewish queen yet to win the Drag Race crown, but that's not the only reason she takes tops this list as well. Jinkx represents many of the nuanced layers of Jewish identity. Jewish on his mother's side, Hoffer was raised Catholic, and only found out about his Jewish heritage at 18. He lives out his Jewish roots through his alter-ego, Jinkx.  Dubbed, "Seattle's premier Jewish narcoleptic drag queen," Hoffer based Jinkx's persona on his mother."Jinkx is a single mother and I've seen so many strong Jewish women..." Hoffer told The Forward in an interview. "There's a mixture of pride and self-loathing in Jewish female comedians that I've always admired and wanted to bring into Jinkx. It was my way to get in touch with something that I found out really late in life that I was a part of.""Also," he continued, "in the gay community there are not very many Jewish drag queens. I've always found that funny because there are a lot of Jewish gay people out there, so why aren't there more Jewish drag queens?"Jinkx, welcome to the Tribe. On behalf of our vast and complicated community, I feel at liberty to say "Shante, you stay."