“Equating neo-Nazis to those protecting civil rights is disgraceful & crazy.” 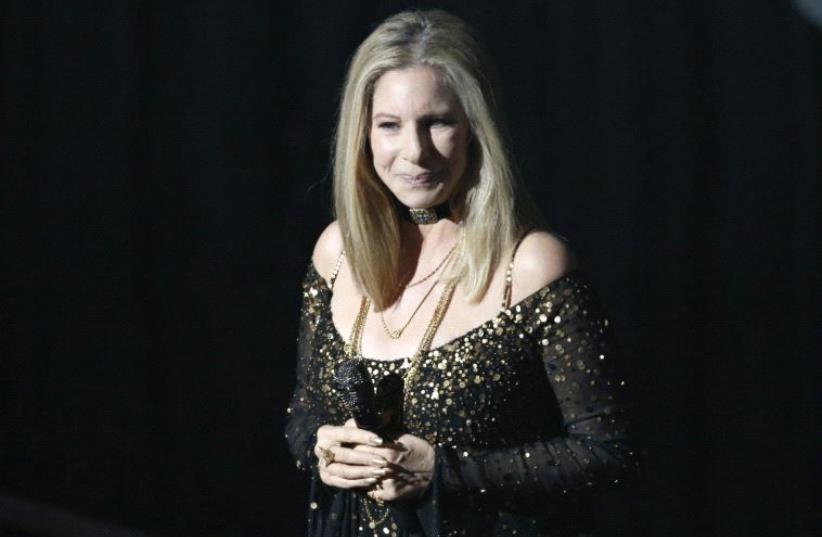 Barbra Streisand
(photo credit: REUTERS)
Advertisement
Many around the world were shocked to see people with swastika flags and Nazi salutes marching in a US city in 2017. But many were even more shocked when US President Donald Trump defended them in a press conference on Tuesday evening. The president said that many of the white supremacist protesters in Charlottesville, Virginia, on Saturday were “very fine people.”A wide range of Jewish celebrities expressed horror at the events unfolding – including the death of a young woman, Heather Heyer, when a white supremacist drove his car into a crowd of counterprotesters.Superstar singer Barbra Streisand was horrified by the president’s remarks, saying that when Trump speaks without “a prepared statement,” he “says what he really believes.”“Equating neo-Nazis to those protecting civil rights is disgraceful & crazy,” she wrote on Twitter.Actor Ben Stiller tweeted that he “just watched the entire Trump news conference. Worst message I have ever heard a president put out to the world.”And Rob Reiner, the comedian and director, wrote that he is “Getting very tired of asking GOP to show strength. How much strength does it take to reject a POTUS [President of the United States] who embraces Nazis? Step the f*** up!” Writing on her website, Grok Nation, actress Mayim Bialik recounted how she discussed the events of this week with her two children.“I told my sons about the hatred these people have for Jews. And for blacks. And for progress,” she wrote. “I know what the Trump supporters say about us. That we are whiny liberals who can’t stand that Hillary lost. Well, turns out our paranoia was not unfounded. At least not in this case.”Stan Lee, the 94-year-old comic book legend responsible for Spider-Man and the X-Men along others, simply reminded his followers of what he’s thought for the last 50 years.Lee, who grew up in New York as the son of immigrant Jewish parents, posted a column he wrote in 1968 on Twitter on Tuesday.“Bigotry and racism are among the deadliest social ills plaguing the world today,” he wrote in 1968, in a monthly column that appeared in Marvel Comics. “It’s totally irrational and patently insane to condemn an entire race – to despise an entire nation – to vilify an entire religion.”In 2017, all Lee had to add was that his statement is “as true today as it was in 1968.”Actress Debra Messing, who’s currently working on a reboot of her sitcom Will & Grace, also offered a quote – by Holocaust survivor and activist Elie Wiesel.“I swore never to be silent whenever and wherever human beings endure suffering and humiliation,” she posted on Facebook, quoting from Wiesel’s 1986 Nobel Peace Prize acceptance speech. “We must take sides. Neutrality helps the oppressor, never the victim. Silence encourages the tormentor, never the tormented.”Others had a more personal take on the unrest, and Trump’s response to it.Norman Lear, 95, the producer of shows such as All in the Family and The Jeffersons, told Trump exactly what he thought.“I fought Nazis in World War II,” he wrote on Twitter. “They aren’t ‘very fine people,’ @realDonaldTrump.”Josh Gad, best known for his roles in Frozen and Beauty and the Beast, pulled no punches in responding to Trump’s press conference.“Sound the alarm,” he wrote. “This country is on fire. And the arsonist is the President.”Hours later, Gad added: “My grandparents lived in concentration camps as they watched their families die because of Nazis. F*** u Mr. President 4 legitimizing hate.”