Stephen Harper urges Canadians to commemorate the victims and survivors of the Holocaust, "combat anti-Semitism of all forms." 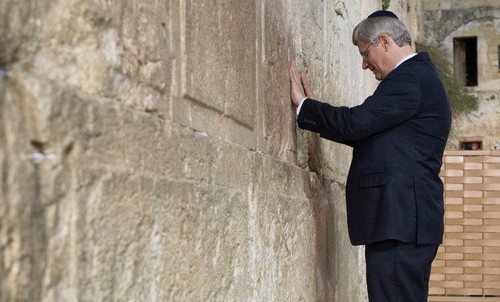 Canada’s prime minister, Stephen Harper, is urging Canadians to commemorate the victims and survivors of the Holocaust to mark Holocaust Remembrance Day and “combat anti-Semitism in all its forms.”He referred to the Shoah as “one of the darkest chapters in human history” and stressed the “importance of Holocaust education and remembrance.”“On this occasion, Canadians from all backgrounds remember the horrors of the Shoah, pay tribute to the innocent victims and honor the brave survivors,” Harper posted on his official Facebook page Sunday night.“Yom Hashoah reminds us that the Holocaust must never be forgotten and that we must remain vigilant against all forms of prejudice and hatred to ensure that such unspeakable acts of inhumanity never happen again,” he wrote, using the Hebrew name for the somber day. 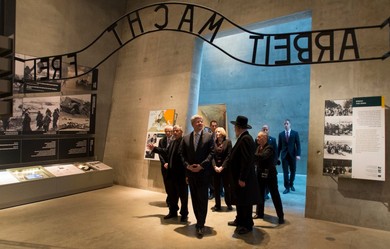 He described the Holocaust as the “ruthless and systematic murder of nearly six million Jewish men, women and children by the evil Nazi regime.” He also said that in visiting the Yad Vashem Holocaust museum in Jerusalem during his diplomatic trip to Israel in January, he and his wife had been touched by the meaningful and profound experience they shared with Prime Minister Binyamin Netanyahu.“I was struck by how the Shoah was so premeditated, so monstrous and so barbaric,” he wrote.During his trip to the Holy Land, Harper, a fervent supporter of the Jewish state, also visited the Galilee, where he inaugurated the Stephen J. Harper Hula Valley Bird Sanctuary Visitor and Education Center, a project of JNF Canada and a legacy that will connect that country and Israel for years to come.