Do you try not to sneeze? Disturbing reasons why you must stop

Doctors are asking the public to stop this dangerous habit as it can cause permanent damage to the nose, ears, lungs and even the brain.

Sneezing is an important part of the body's immune system.

It is one of the body's natural defense mechanisms to get rid of invading bacteria and prevent their penetration into the upper airway and lungs. Sneezing maintains our airway and leaves the nose free for the most basic and most important action of all - breathing.

Now that the season to get colds is here, and refuses to leave, we find ourselves ashamed to sneeze next to people, because they might give us the death stare. Many people are now used to stopping sneezing for this very reason, but experts are making it clear to the public that this is a dangerous habit that can lead to permanent damage of the nose, ear and even the lungs.

Do you need to up-choo? Sneeze - but remember, into your elbow. 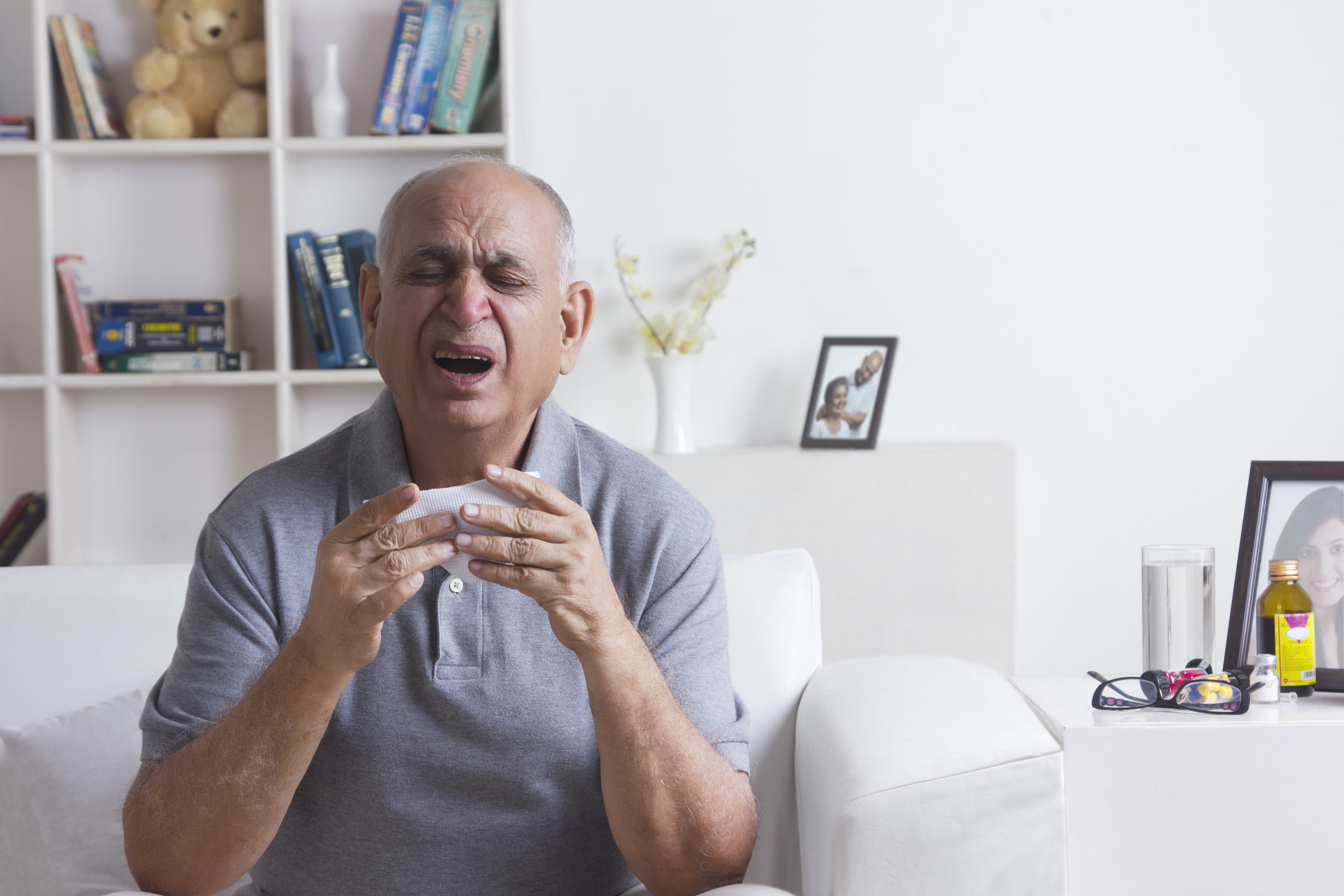 The sneezing reflex involves the combined action of the nervous system and several muscle groups.

The signals pass quickly from the center of the sneeze to the pharynx muscles and causes the eyes and mouth to close tightly at the same time. The pressure that is created, followed by contraction of the respiratory muscles together creates a burst of air that combined with saliva and mucus fly out of your nose at a speed of 160 km/h.

Restraining the urge to sneeze is not a problem. Stopping it certainly is.

Doctors describe a case where a man tore the nape of his neck while trying to hold in a sneeze. The 34-year-old was left with severe pain and could barely speak or swallow. Nose, ear and throat specialists at the University of Leicester, part of the NHS Trust warn: "Stopping sneezing by blocking the nostrils and mouth is a dangerous move - and should be avoided. This can cause many complications, such as pneumonia-mediastinum (air trapped in the chest between the two lungs), a perforated eardrum and even a cerebral aneurysm.

Not allowing all this pressure to release can cause your nose and throat to carry the full force of the sneeze.

The blocked air will try to "go free" and be directed to a tube leading to the eardrum, which can lead to rupture and hearing damage. Stopping a sneeze can also lead to ear infections, as the main purpose of sneezing is to throw out anything in the nose that does not belong there. By stopping the sneeze, you are diverting the bacteria-soaked mucus to another place which can lead to infection in various places in the body.

Stopping sneezing can also damage blood vessels, as air pressure can burst vessels in the nose, eyes and eardrum. In rare cases, stopping a sneeze can also lead to tears in the cornea, rib fractures, dislocation of vertebrae in the spine, damage to the diaphragm and even a chest hernia.

Doctors have reported cases of air pressure trapped in the diaphragm resulting in a life-threatening complication. In very rare cases, stopping a sneeze can cause a brain aneurysm due to accumulation of pressure in the skull.

It is important to note that the risk of injury as a result of stopping a sneeze is quite low, but the real question is whether it is worth the risk?