This mom revealed what many parents would never dare reveal, and garnered quite a few reviews, views and even some criticism. 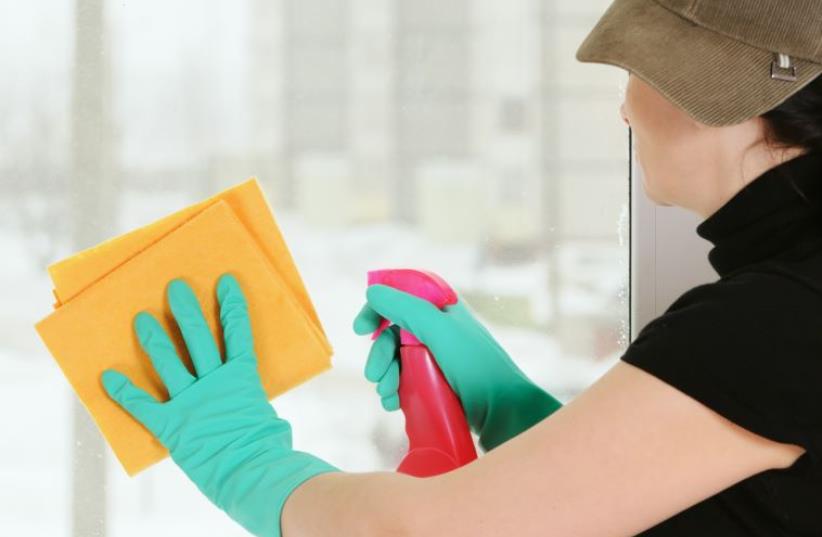 Parents know the stage where they’re tired of cleaning and arranging what will be messed up in a few minutes anyway. A mom of four caused a stir on the net after she photographed her messy home after four days had passed and it hadn’t been cleaned or tidied up. The pictures are revolting.

Bri James from the @themessymama4 account at TikTok released the video over the weekend, and it now has more than 10 million views. The video shows the house completely upside down, dishes piled up in the sink and toys scattered on the floor. "I know I'm going to get criticized for it, I just know it," she said.

"This is what happens when two really lazy adults have four children who don’t clean up after themselves because it's a mess," she said. She added that for four days, friends came over and she didn’t wash dishes or pick up items.

James said that she'd block those with bad reactions to the video. More than 41,000 people flocked to wake her up and express their thoughts on what her home looked like.

PARENTS SHOULD read labels and look for items that are free of dye and perfume, and consider natural cleaning products instead of chemical alternatives. (credit: Wikimedia Commons)

"If it's not dirty then I don’t know what is," one person responded. "Yes but think about your children and what example you're setting them," said another. "I just don’t understand how anyone can live like this. That's it. No criticism, just not understood," said a viewer. James, who seems to have taken the criticism to heart, responded: "I never said I was okay with it, I just said it happened."

However, many users defended the mom and identified with her busy schedule. "Some of you have to activate the part of the brain that is responsible for empathy," wrote one respondent, "you don’t know what this person is fighting for on a daily basis." Another wrote: "Everyone here is dramatic. It's not that terrible. I'm glad you use this way to try and get yourself moving. I need motivation too."

Although, and perhaps because of the negative comments, James posted a follow-up video of her arranging the house when her kids even joined in helping.

In light of International Women’s Day, what hasn’t been discussed is why the entire load of unpaid housework is on the mom. Dad, or another partner if there is one, should help along with the kids. First, declutter the home completely. Next, as each child gets older, add more chores. Even toddlers can be taught to throw away garbage or put dirty socks in a hamper.

So many glass ceilings have been smashed. The equal distribution of housework is the final frontier. When the burden and yes, the joys of housekeeping are evenly distributed, this frees up more hours for women to work, develop their careers and pursue their passions.