The market for toiletries and cosmetics is estimated at NIS 8.6 billion a year. 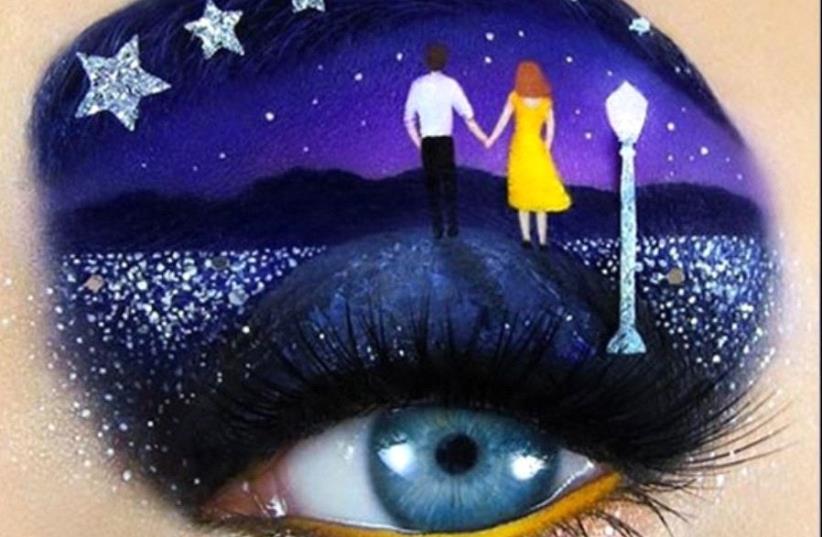 Israeli makeup artist Tal Peleg's unique creation.
(photo credit: TAL PELEG)
Advertisement
The prices of cosmetics should soon go down, after the Health and Economy ministries announced the easing of regulations, which were submitted to the Knesset on Monday.The ministries reached an agreement based on the principles of advanced European Union regulation while establishing safety mechanisms and adopting the standards of Europe and developed countries. This will allow products to enter the market after a short and simple process shows the items have been inspected by a responsible representative appointed by the manufacturer or importer.The Israeli market is expected to open up as a result of this reform, increasing the range of products and companies in the field and lowering prices. The reform will increase the volume of exports of Israeli products to the EU and remove barriers due to similarity in regulation.Previously, the Health Ministry had argued that consumers could be poisoned or otherwise harmed by cosmetics brought in that have not gone through rigorous channels. The reform follows the “Cornflakes Law,” in which various dry foods such as breakfast cereals were allowed in without passing through thick layers of regulatory processes.The reform will be carried out in a new procedure while maintaining public health, the two ministries said in a joint statement. A transit order will be arranged with respect to the licenses of import importers of cosmetics that are not marketed to recognized countries. This will enable their continued marketing for a period of five years from the date of the beginning of the reform.To facilitate imports of perfumes and soaps, it was agreed that these items will remain the responsibility of the Economy Ministry, and the legislative amendments required by the Health Ministry will be prepared, even before the regulations take effect. It was also agreed that the three ministries leading the reform – Health, Finance and Economy – will discuss in the coming months an outline for the introduction of additional countries to the list of recognized nations.The market for toiletries and cosmetics is estimated at NIS 8.6 billion a year. This centralized market is characterized by many import barriers that contribute to maintaining its exclusivity. The few major importers of the strongest international companies center on great market power. The market for such imports is constantly increasing relative to private expenditure, but product prices are rising. This has led to significant price gaps between the price of products in Israel and abroad. The profitability of importers is constantly rising.
Learn more about Assuta Ashdod by signing up for our newsletter >>
Sign up for the Health & Wellness newsletter >>