This year's conference will also mark at the ninetieth birthday of Jerusalem native, Prof. Raphael Mechoulam, known throughout the world as the "father of cannabinoid research." 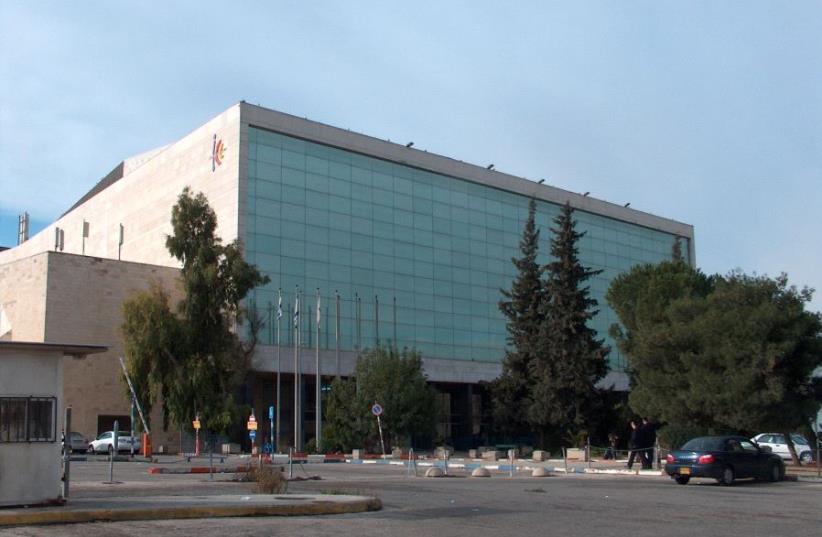 International Convention Center ( ICC ) in Jerusalem
(photo credit: MICHAEL JACOBSON / WIKIMEDIA COMMONS)
Advertisement
The International Cannabinoid Research Society (ICRS) announced on Tuesday that the thirty-first annual ICRS Symposium on the Cannabinoids will be held in Jerusalem this coming June.
The conference will take place from June 21-24 and is expected to draw around 800 of the worlds top scientific researchers, who will be able to watch the conference either live or online.
It will be hosted in the Jerusalem International Convention Center, in partnership with the Hebrew University's Multidisciplinary Center on Cannabinoid Research (MCCR), the Jerusalem Conventions and Visitors Bureau (JCVB) and the ICRS Association.
As the world continues to face uncertainty regarding the coronavirus pandemic, Israel's position as a leader in vaccinations places it in a good position to be one of the first to be able to safely host a mass event with overseas visitors.
However, in the interest of safety, the conference this year will also be broadcast online, allowing more flexibility with coronavirus restrictions.
This year's conference will also mark at the ninetieth birthday of Founder's Speaker Prof. Raphael Mechoulam, in his hometown of Jerusalem.
Prof. Mechoulam is considered around the world as the "father of cannabinoid research" since he and his colleagues were the first to isolate the active ingredients of the cannabis plant - the most well-known of which are THC and CBD - describe their structure, and synthesize them.
Last December, Prof. Mechoulam received the Technion's Harvey Prize in Chemical Engineering and Medical Sciences for 2019-2020, one of its most prestigious awards, for his research on the cannabinoid systen.
Prof. Yossi Tam of the HUJI School of Pharmacology, who serves as president of the ICRS Association and head of the MCCR, noted that "The Board of Trustees of the ICRS Association is pleased to host the 31st Conference of the Association in Jerusalem, with the understanding that some of the most important studies on cannabinoids today are done in Israel."
"I am confident that hosting this conference at the highest level will be another turning point in Israel's position as a world leader in the research and development of cannabis and cannabinoids," Prof. Tam predicted optimistically.
The ICRS is a non-political, non-religious organization dedicated to scientific research in all fields of the cannabinoids, acting as a source for impartial information on Cannabis and the cannabinoids and providing an open forum for researchers to meet and discuss their research.
Sign up for the Health & Wellness newsletter >>