“For many of us, the two-state solution based on the Oslo Accords is a failed or failing paradigm.” 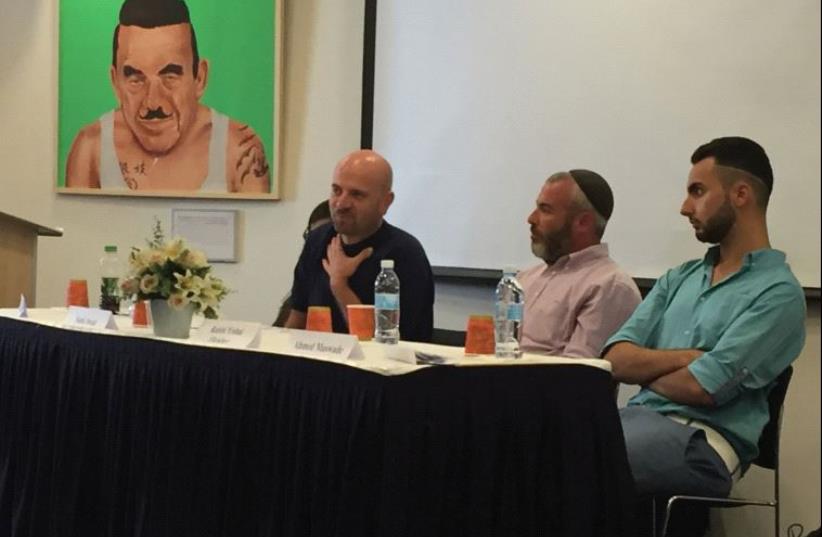 (from left) Sami Awad of the Holy Land Trust, Jewish community of Hebron international spokesman Rabbi Yishai Fleisher and Ahmed Maswadeh of Jerusalem Art
(photo credit: INON DAN KEHATI)
Advertisement
When Inon Dan Kehati started The Home two years ago, he never intended it to become an NGO. Kehati began writing on Facebook about Jews and Muslims praying together at the Temple Mount, and from there, The Home was born. “It happened naturally,” Kehati says. “We are a joint organization for Jews and Palestinians. I think it’s especially important to include Jews in Judea and Samaria a.k.a. the West Bank, that have been absent from the process. We believe that no one should [be expelled] from their home and that Jews have the right to live all over this land. It’s important to make this known in Palestinian society. Until there is recognition of that, there will not be peace here.”Kehati believes that it’s time for a new approach to Israel’s future. He sees the ideology of the Left as collapsing rapidly; and with it, the idea of a two-state solution. The Home is built on the foundation that there must be a genuine parallel movement, stemming from and supported by both sides. It is in this spirit that The Home hosted the New Generation New Conversation (NGNC): Israeli Palestinian Peace Conference earlier this month at the Menachem Begin Heritage Center.

The evening was divided into three parts with three panels, consisting of a wide array of speakers. Featured speakers included Sami Awad of the Holy Land Trust, Hila Hershkovitz of Lavi, an organization that inspires young adults to find their roles in Jewish history, Ahmed Maswadeh of Jerusalem Art, Rabbi Yishai Fleisher, the international spokesman for the Jewish Community of Hebron, and Yehuda Hakohen of The Alternative Action, to name a few. The evening focused on the themes of identity, understanding the other, and alternative solutions for the future. Fleisher, who spoke during the first panel, adds, “I am a big fan of this kind of dialogue. On the cutting edge right now, there are alternatives to the two-state one being discussed, and I’m all for that. I’m for a better life for Arabs and Palestinians who want to accept the State of Israel as it is and live within our borders in a decent fashion. 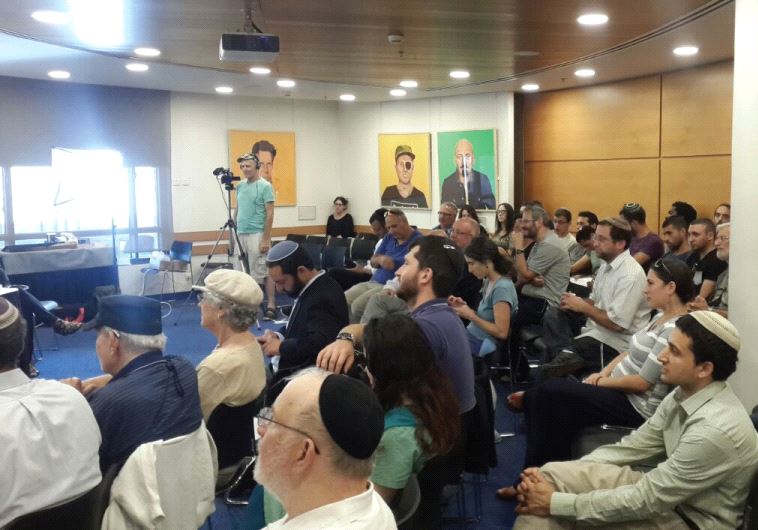 The crowd takes in the New Generation New Conversation conference at the Begin Center on August 11 (INON DAN KEHATI)I believe in a one-state solution and Jewish sovereignty over this land. Being sovereign does not mean ethnic cleansing; what it means is giving decent rights, privileges and opportunities to the minorities in our midst. That’s an empowered dialogue.”For Kehati, it was very important that NGNC be a space where Israelis and Palestinians can try to understand where the other is coming from and what they are going through. “There’s a lot of propaganda, a lot of lies, and a lot of indoctrinated hate that negate the reality and the identity of the other,” he explains. “I believe that once you bring genuine people who are not sell-outs in their societies, then you can really make a powerful experience for the listeners to open up. From there, we can develop a solution from those who really live the conflict, especially those in the West Bank.”The Home has no political affiliation. It is an organization founded on the belief that the silent majority will be the ones to truly bring about change; and that the calculated methodology of politicians lacks the emotional sensitivity to really be effective. Whereas many coexistence events in Israel tend to be heavily one-sided, with more participation from Jews and little showing from Palestinians, due in part to the fear of being labeled “normalizers” who condone and even beautify the occupation, NGNC succeeded in incorporating and emboldening voices from both sides equally.“For many of us, the two-state solution based on the Oslo Accords is a failed or failing paradigm,” Awad says. “I want to be involved in a dialogue that is not talking about how to salvage that which cannot be salvaged, but to really begin to ask what comes after. My fear is that we would go into a time of more chaos and violence if we don’t come together to share ideas about a movement for a better future for both communities. It needs to be really based on equality and human rights. Most Palestinians are in a place of hopelessness that anything will work. But I’m here, and others like me, who do it out of deep conviction and faith for the betterment of our community.” 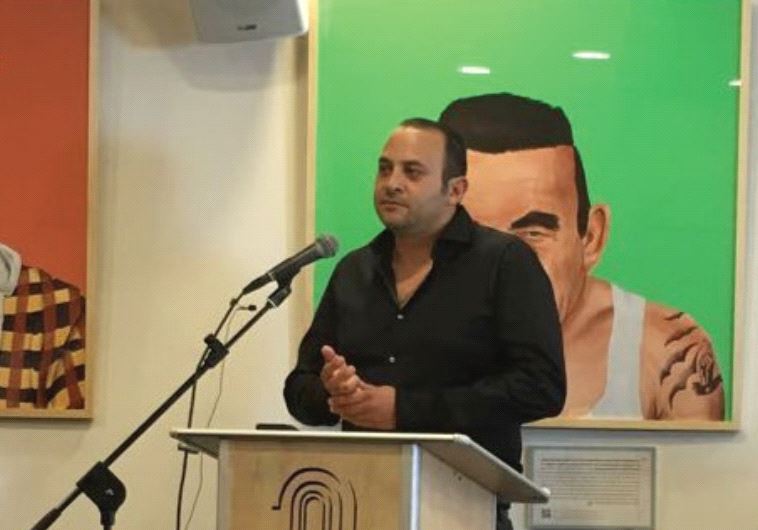 The Home founder Inon Dan Kehati speaks at the conference (Ariel Dominique Hendelman)The Home is a grassroots movement. Beyond the NGNC conference, the organization is dedicated to perpetuating acts of goodwill for both sides. Recently, Kehati organized a trip for 40 Palestinian orphans to an amusement park. He also organized trips for a group of Palestinians to visit Holocaust survivors in Haifa, as well as another to Otniel, where Palestinians had the opportunity to express condolences to the family of Rabbi Michael Mark, who was killed in a terrorist attack in June. “Our core activities are about cleaning the hate, where we bring Jews and Palestinians together to clean the land,” Kehati says. “We call it holy, so we should treat it as holy. We show respect to the other from both sides of the wall, as well as respect to God for creating the earth.”The NGNC event represented not only The Home’s ideological foundation, but the new face of Israeli/Palestinian dialogue toward a peaceful future. Although events like NGNC are just a drop in the bucket, that bucket is being shaped and filled by those who are unafraid to look at what is no longer viable, to speak honestly and listen to each other’s respective needs, and walk step by step into uncharted territory.Kehati concludes, “When we speak about reality, we speak about the present. When we speak about identity, we speak about past and present. When we speak about solutions, we speak about the future. We bring these three elements of time together to show the big picture. Rabbi Kook’s theory about peace was that when you reveal all the pieces of the puzzle and everyone knows their place, then we can really make peace. This is what we are trying to do. We try to show the big picture.”